Moviemavengal recommended this to me (you can read her review here), and I am so glad she did!  Super awesome strange Rajamouli movie in the way only he can be (STILL haven’t seen Eega!  I really need to get on that), but with a message that, oddly, reminded me of a British WWII classic.

The classic I am thinking of is Stairway to Heaven/A Matter of Life and Death/A Question of Life and Death (released simultaneously with 3 different titles, just to make life difficult!).  It was very much of its time and place, that being Britain in the midst of WWII.  Death was so commonplace as to hardly be a tragedy any more, and the whole world seemed to be ruled by bureaucracy.

And so, when our hero dies, he is whisked away to a heaven that is filled with clerks and paperwork, to be sorted with the thousands upon thousands of other soldiers that are being processed every day, straining the facilities even of heaven.  Which is why our hero, David Niven, an airman who was scheduled to die over the English channel, was missed in the fog and no one noticed, and so he ended up “escaping death”.

The forces of heaven track him down eventually, but by then he has fallen in love with a young WAC from America, and the question becomes, is it right to pull him back away to death, thereby harming this young woman, who has done nothing wrong and was never supposed to meet or fall in love with him in the first place.  It all culminates in a massive trial in heaven, judged by historic figures.  The resolution is when his true love Kim Hunter (who later went on to win an Oscar for Streetcar Named Desire!) comes to heaven herself in a dream and volunteers to take his place, proving that “… nothing is stronger than the law in the universe, but on Earth, nothing is stronger than love.”

(I think this shot is from the trial.  Look how cool it looks!)

It’s this last bit that reminds me so much of Yamadonga.  The forces of life and death and the universe and the Gods, bowing down to the power of love.  I also assume that the vision of the afterlife and the Gods has as close a relationship to real religion and worship as the art deco heaven from A Matter of Life and Death does?  That is, a physical representation of abstract concepts in a way that everyone knows is just for a movie, not what the Gods and Heavens are really like?

The other movie I of course thought of is Albert Brooks Defending Your Life.  The message is a little less about love there, and more about being fearless, that true virtue is in facing your fears.  His love for Meryl Street allows him to escape to a higher plane of the afterlife only because it forces him to conquer his fears.  Which will come up a little bit at the end of Yamadonga for me, but not nearly as much as the earlier film.

There is another big difference between the two in that A Matter of Life and Death is a little less brave than Yamadonga.  It can’t quite bring itself to go all the way into the fantasy.  It has to come up with some “scientific” explanation for everything, that David Niven has a head injury, which is causing his hallucinations, and the final “trial” takes place during the surgery which will finally cure him.  Yamadonga doesn’t bother with any of that!  Our hero (Jr NTR, my first of his films!) really does die and go to the afterlife, and then really does escape it through trickery.  And Yama, God of Death, really does follow him and try to trick him on earth, before being defeated again by the power of love (SPOILER?  I mean, did we really think it wouldn’t have a happy ending?).

Our hero is generally not a really great guy.  It’s not just that love is protecting him from Yama’s unreasoning vengeance, it’s that falling in love with Priyamana is the first decent thing he has done in his whole life.  It’s not that he’s “evil”, he doesn’t set out to harm people, but he isn’t particularly interested in helping people either.

But then he is changed by the love of a good woman!  Or rather, by how a good woman sees him.  This goes all the way back to the flashback that opens the film, when they meet as children and she thinks he saves her from falling when in fact he is just using her as cover to hide from a shopkeeper he stole from.  She gives him an amulet from the temple, which he promptly tries to sell, then throws away when he learns it has no monetary value.  Only, it keeps coming back to him!  This was one of the really clever bits where you could see the director had a good time coming up with all the most ridiculous ways it could suddenly show up again, having made it’s way hand by hand back to Jr. NTR.

It was also an obvious metaphor for Priyamana, just as he can’t get rid of the amulet once it was given to him, even if he throws it away and abuses it, so can he not get rid of Priyamana’s love.  It’s not that she loves him in spire of his weaknesses, it’s that she doesn’t even see weaknesses, to her he is the most wonderful and perfect man of all time.  And nothing he can do or say can change that. 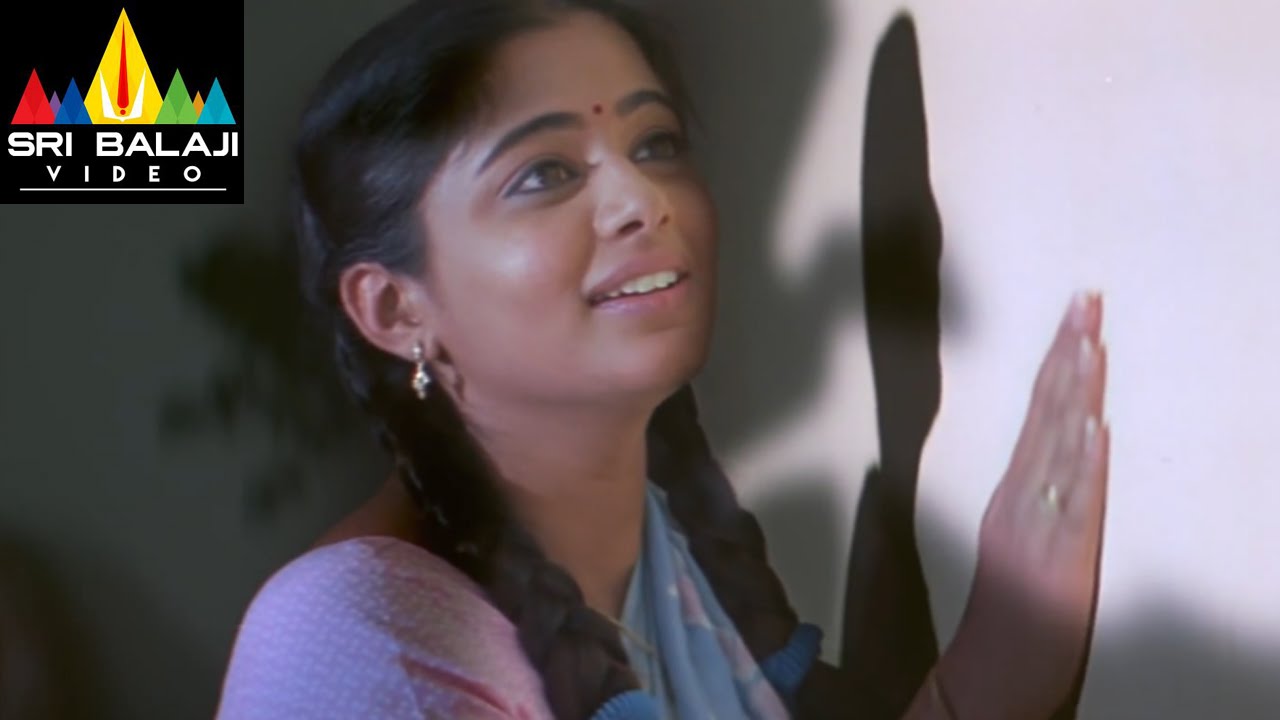 I was all set for him to immediately rise to the occasion, as soon as this innocent young girl starts calling him a hero and her savior, I thought he would start acting that way.  But, nope!  He’s still kind of a jerk!  Again, not evil, not actively trying to harm others, but very very self-interested.  He throws Priyamana out and only brings her back into his house when he learns that she has a wealthy family.  He puts up with all her demands and wishes, just because he wants to get a big ransom from her relatives.  And he has no problem threatening to chop her up into pieces if he doesn’t get the ransom.  (I don’t actually think he would physically harm her, but he has no hesitation saying he would just to squeeze more money out of her relatives)

And then he is killed and goes to the afterlife where he meets Yama, the God of Death.  He is scheduled to be punished for all his sins on earth, then steals Yama’s whip which makes him the God of the underworld so he can pardon himself, then there is a whole election plot which lets them do some clever satire on the Indian election process, and in the end Jr NTR is sent back to earth to live again.  Only, Yama is plotting his revenge, assuming that Jr NTR will commit more sins as soon as he lives again, and will once again be in danger, so Yama can arrange for him to die and answer for his new sins.

This whole bit is super cool looking, with everyone having a blast in fancy costumes and sets and making fun of what happens on earth through showing how it looks in the other realm.  But the whole time I was thinking “But, Priyamana!  She is with her horrible relatives again!  You must save her!”  Which is not what our hero was thinking, because our hero is awful.  He was thinking he had to get back to earth to get his revenge on her relatives for cheating him.  Not for killing him, but for failing to pay the ransom.

Of course, we want our hero to be a little awful.  That’s the wish fulfillment part of these narratives, whether they are films or books or anything else, to see someone breaking all those boring moral codes we have to life by and doing whatever they want.  But we want some small thing to redeem him as well.  In that way, it’s not just that Priyamana’s love for him saves him from facing his sins in the afterlife, it saves him from the hatred for his sins by the audience.  If the hero really truly loves the heroine, we can forgive basically anything.  I mean, look at Baazigar! 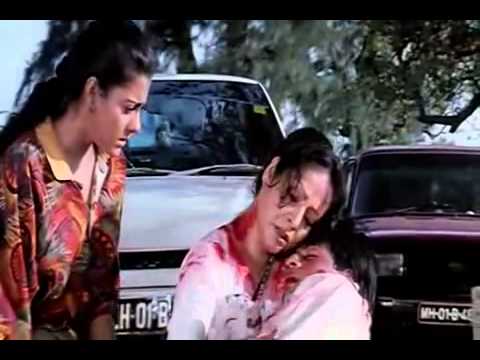 (This is when you find yourself thinking “aw, he really loved his mother and Kajol!  We should forgive him for murdering Shilpa and like a dozen other people.  Why can’t he just live and get married and be happy?”)

And then Jr. NTR does really and truly love her, all of a sudden, surprising even himself.  He goes to yell at her relatives, and looks for her in the house, thinking she will be living a life of luxury, and discovers that her family treats her as a maid and she accepts their punishments cheerfully.  He can’t bring himself to break through her image of him as a hero, and instead of explaining that he is simply here for a ransom, he lets her believe that he came for her.  And then he actually does come for her in the end, after resolving his internal conflict over actually caring about another person for once in his live, he arrives just in time to stop her forced wedding to her odious cousin, and proceeds to move into the house and torture and torment her relatives, just as they tortured and tormented her.

Again, the stuff he does in this part is really not okay.  Like, beating women or breaking a Mangalsutra.  But again, just like Yama in the underworld has to give in to the reasoning that this is all okay so long as he is doing it for love, so does the audience cheerfully accept all sorts of bad behavior, so long as we can say the hero is only doing it to protect his true love.

But the one thing we won’t accept is infidelity!  Which is why Yama has to come to earth in the guise of a beautiful woman and old girlfriend of Jr. NTR and try to seduce him, because that is the one thing that will break the protection of Priyamana’s love.  Moviemavengal pointed out how great the actress is in this bit, convincingly playing a big manly God trapped in a woman’s body, and she is right!  Mamta Mohandas is great in this part and, hey, she started out in Malayalam stuff!  Oh!  And I even saw her in something before this, she was Prithviraj’s wife in Celluloid.

Once the lovers are separated and Priyamana is in danger, that’s when Jr. NTR truly proves his love and is thus fully able to escape death.  He dies, but argues that he has to return to earth just long enough to save the one he loves.  And then the amulet thing finally pays off, when it is revealed that because it came from a temple to a different God than Yama (missed the name), and it can protect and save them from both from Yama.

But what I find more interesting than this last minute reveal of the amulet, is the argument that Priyamana’s love alone is enough to save him from death and punishment for all his previous sins.  And that by being willing to die for her sake, by FINALLY doing a truly unselfish act, he earns his happy ending, both in the eyes of the audience and in the eyes of the Gods in the film.

11 thoughts on “Yamadonga: Am I the Only One Reminded of A Matter of Life and Death?”