Another week, more of the same.  Hindi big releases are record breakingly bad, small releases hold steady in weeks 4-5-6.  And Telugu films look good by comparison but really aren’t. But the real interesting story is the little Punjabi film that is breaking records.  (as always, figures from bollywoodhungama)

Bhoomi!  Sanjay Dutt’s return to the big screen, decent sized promotional campaign, decent-ish soundtrack album and it does….$800 per screen in America.  OUCH!!!!

But here’s the good news!  That was on only 32 screens.  The same size of release as Bareilly Ki Barfi.  So it did very very badly, but the damage was successfully contained.  Woo-hoo!  People are learning!  Don’t put all your eggs in one basket.

Meanwhile, Jai Luva Kusa came out on 173 screens, one of the biggest Telugu releases ever.  It would be more impressive if it weren’t for Spyder‘s record breaking screen count coming up….right now I guess!

Now, are you ready to use common sense, unlike the little conclusion jumping unthinking box office analyst bunnies in the Indian press?  If it opened on 173 screens, and made $647,493 total, but only $3,742 per screen, is that a GOOD release or a BAD release?  I’ll make it easier for you, if most Telugu films with big stars make about $4,000 to $6,000 per screen opening weekend, is this a GOOD release, or a BAD release?  BAD RELEASE!!!!!

(See those bunnies Aish is playing with?  Those are apparently the ones running the box office reporting department at Indian news sources.  I’m grumpy this morning)

I was going to say “average”, but no, under $4,000 per screen is just straight up bad!  It’s even bad for a major Hindi release, and of course Telugu films open with higher ticket prices.  And the higher ticket prices opening weekend are because opening weekend is an event, people really turn out for it.  So no one is turning out for this film.  Which means the second weekend will be a disaster.  Okay, it would be a disaster anyway because Spyder is taking every screen in America, but this tells me it would be a disaster on its own merits anyway.

The big big regional story this week is Nikka Zaildar 2, the Punjabi film.  $6,015 per screen!!!!!!  Making it the second highest Indian film at the American box office.  And that’s in America!  Not even Punjabi territory.  In Canada, it is NUMBER SEVEN at the overall box office!!!!  SEVEN!!!!  In the top ten of all films in Canada.  And on only 22 screens.  16 at the UK Box Office, which is NOT a Punjabi area.  10 in Australia, and 7 in New Zealand.  And at all places, the top top top level of per screens, the same as what we saw for the good Khan films.  So, box office analyst bunnies, jump on THAT story!!!!  A Punjabi film breaking out of it’s traditional market based on pure excellence, not screen count or promotions.

Especially because the Punjabi market is the obvious one to take over the Hindi film market, not the southern market.  Yes, the southern films have a much longer history, more established industry, etc. etc.  But they aren’t the same language or culture as Hindi films.  Whereas Punjabi films, they can very easily slip right in.  And so, if you didn’t want to see Sanjay Dutt stumble around in yet another rape-revenge film, or watch some big superstar you don’t really know in a language you can’t speak, you could opt for a sweet simple grounded romance with cultural touches and language that you can understand. 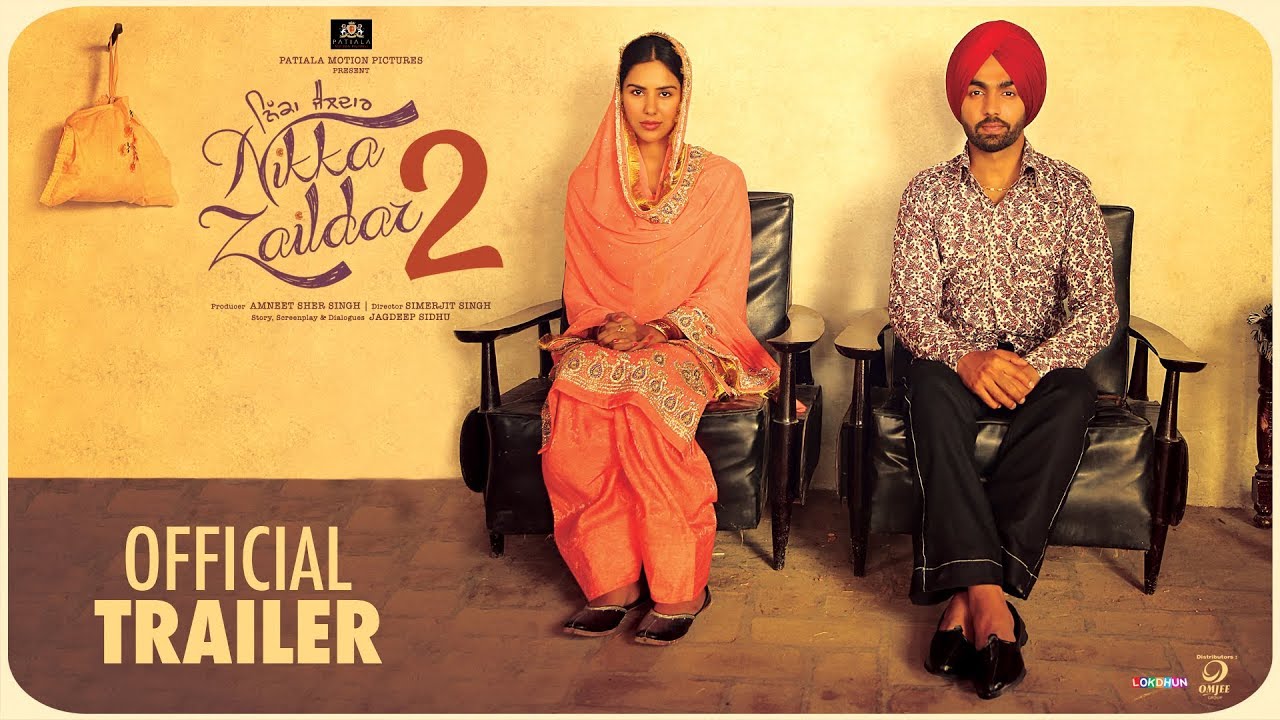 (I know nothing about this film besides the poster, and that alone is almost enough to make me watch it.  Which is probably what happened with a lot of the rest of the audience.  One look, and you can see it is better and more interesting than Bhoomi or anything else out there)

Speaking of sweet simple grounded romances, Shubh Mangal Saavdhan and Bareilly Ki Barfi are still doing solid business in week 4 and 6 respectively.  $1,000 per screen, which is very good for being that old.  What’s interesting is that Bareilly opened much better than Shubh, but now they have evened out in later weeks.  It’s a clear triumph of word of mouth and repeat viewing power, but it’s not going to do any good if the opening weekend doesn’t get better.  This goes back to last weeks post, something is going on with those opening weekend figures.  The “well, might as well try it” audience that takes a risk on the first weekend is going way way down.  And while the “I heard good things, I will check it out when I get a chance” audience is great to have, especially when it means week 5 is almost as good as week 3, it still isn’t quite enough unless that first week is better.