Happy Tuesday!  Box office time!!!!  What fun!  And I am actually excited to see how Raid and Hichki are doing. (as always, figures from bollywoodhungama)

Hichki is not great but not bad in overseas.  $3,405 per screen in the US, and about the same every where else.  Not the same figure, it’s higher in Canada and lower in the UK, but the same in terms of box office meaning.  Slightly lower than average for opening weekend of a biggish film.

But then the question is, is this a biggish film?  The budget was bare bones, and Rani (a woman!  Horrors!) is the only big name.  I am sure that, once again, Yash Raj has made a profit thanks to their limited budget and limited release and promotions.  Maybe it feels big because Rani’s name still has some clout and it got some minor buzz, but if you look at the pure economics of it, this was not a “big” movie.  And if you compare it with a truly unknown film, then $3,400 per screen is actually pretty good.

Speaking of Raid, it is doing a solid $2,500 per screen in the US in week 2.  It could be better, I would have liked to see that closer to $3,000 per screen, but it’s not terrible.  Again, for a film with a tiny budget, tiny release, and minor promotions.

The big flop and big hit stories of the week both come from regional cinemas.  The Punjabi film Sajjan Singh Rangroot is making over $4,000 per screen in the US, one of the biggest openings ever for a Punjabi film here.  I think there is a Punjabi/Sikh holiday this week?  Which I am sure helped.  But still, over $4,000 in the US, not a traditional Punjabi market, is very impressive.  And in the traditional Punjabi markets (Canada, UK, Australia), it is doing gangbusters, an impressive $10,000 per screen in Canada.

Meanwhile Rajaratha, the Telugu version, and Telugu being a traditional US market, is the biggest flop of the week.  Opening on a stunning 200 screens, to an equally stunning $300 per screen.  Ouch!  The Telugu bubble has definitely burst, people are tired of paying exorbitant ticket prices for dull movies.  The Telugu hits are more and more coming from the smaller films with smaller tickets and higher quality.

Now, here’s what’s really interesting!  Based on what I am seeing and hearing second hand, both Raid and Hichki are doing shockingly well in India!  Word of mouth is making the audience grow by leaps and bounds day to day.  And Sonu Ke Titu Ki Sweety, which is also doing well overseas but not spectacular, is ahead of them both.  All 3 films are rapidly knocking down benchmarks set by much more commercial, higher budget, and highly promoted films.  Raid is about to pass Baadshaho in Ajay’s box office list, Sonu Ke Titu Ki Sweety is close to passing Housefull 1.  All three films are edging out Padman already.

They are all very different movies, Raid being a tight thriller, Hichki being a warm feel good story, and Sonu Ke Titu Ki Sweety being a bromance comedy.  But it is not so much the content as the quality of the film that is similar.  “Quality” not meaning good or bad, but the type of film it is.  They all have only one star at the center, and not a top star (Rani being a heroine returning, Ajay being a well known and beloved actor but not a top top star, and Kartik Aaryan being well known about a certain youth segment).  They all have non-traditional plots, not the usual cop action movie or the usual romance.  And they all had minimal promotions, good posters and taglines, but no huge popular songs and no massive twitter campaigns, none of that. 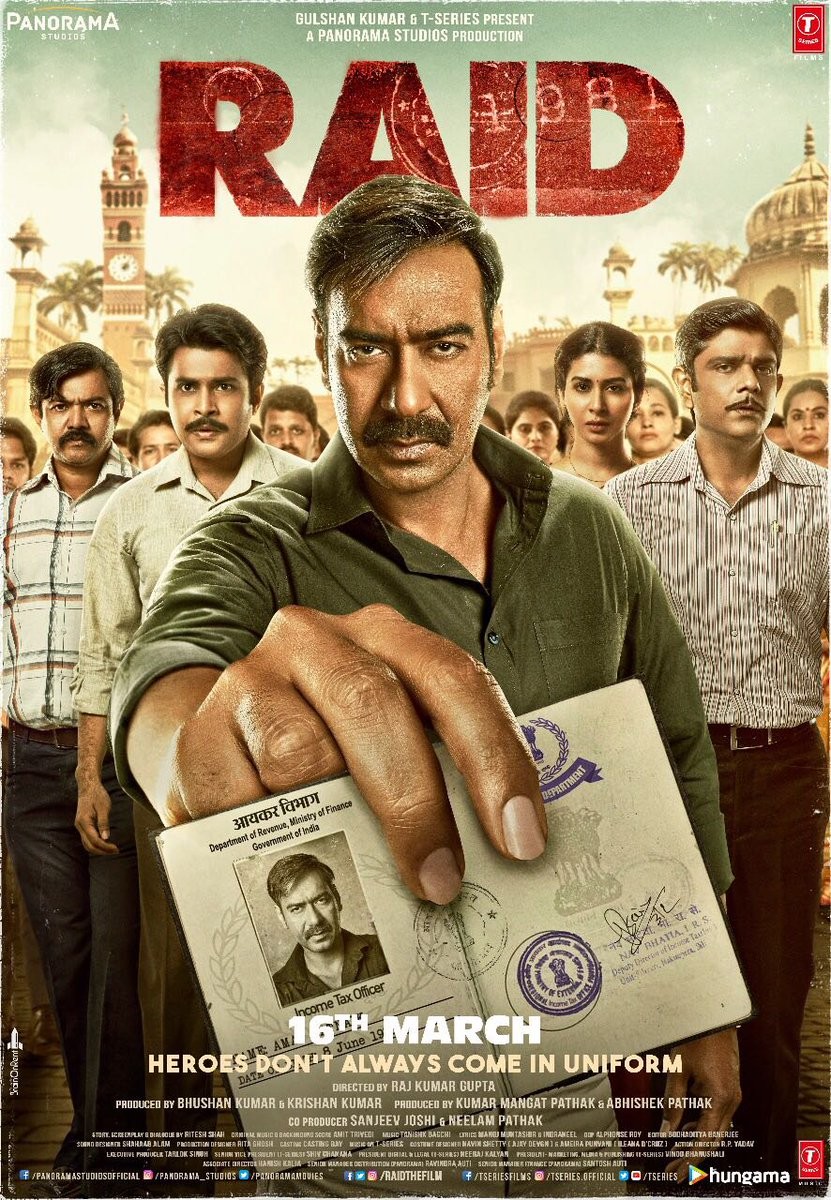 (I love this poster)

I think they are doing well because they are movies people are willing to give a chance to them.  They don’t feel like they have already seen them and are already tired of them just from the promotions and the familiar feel of the plot.  And the promotions were smart.  I am still angry at the A Gentleman team for forcing Jacqueline and Sid to go around and give interviews and be cute together.  Because that’s not what the film was about AT ALL!!!  And those same old tired promo techniques made the audience think it would be the same old movie. But this movies had fun poster and clever titles and simple ideas clearly shown in the trailer so you knew exactly what you were getting, and knew you would like it.

(Such a good movie!  I’m going to keep recommending it until you have all seen it)