I’ll start at the bottom, Helicopter Eela.  A movie promoted as a star vehicle for Kajol, with a last minute delay on the release, no other big names, and a so-so trailer that didn’t quite make it feel like a big break from the usual.  And it made $641 per screen on 59 screens in America.  Ouch!!!!  And it was similar everywhere, 11 screens and $860 per screen in Canada, 28 screens and $605 per screen in the UK, $1,000 per screen and 19 screens in Australia.  So, all over the world, distributors had little faith and the film lived down even farther below their expectations. 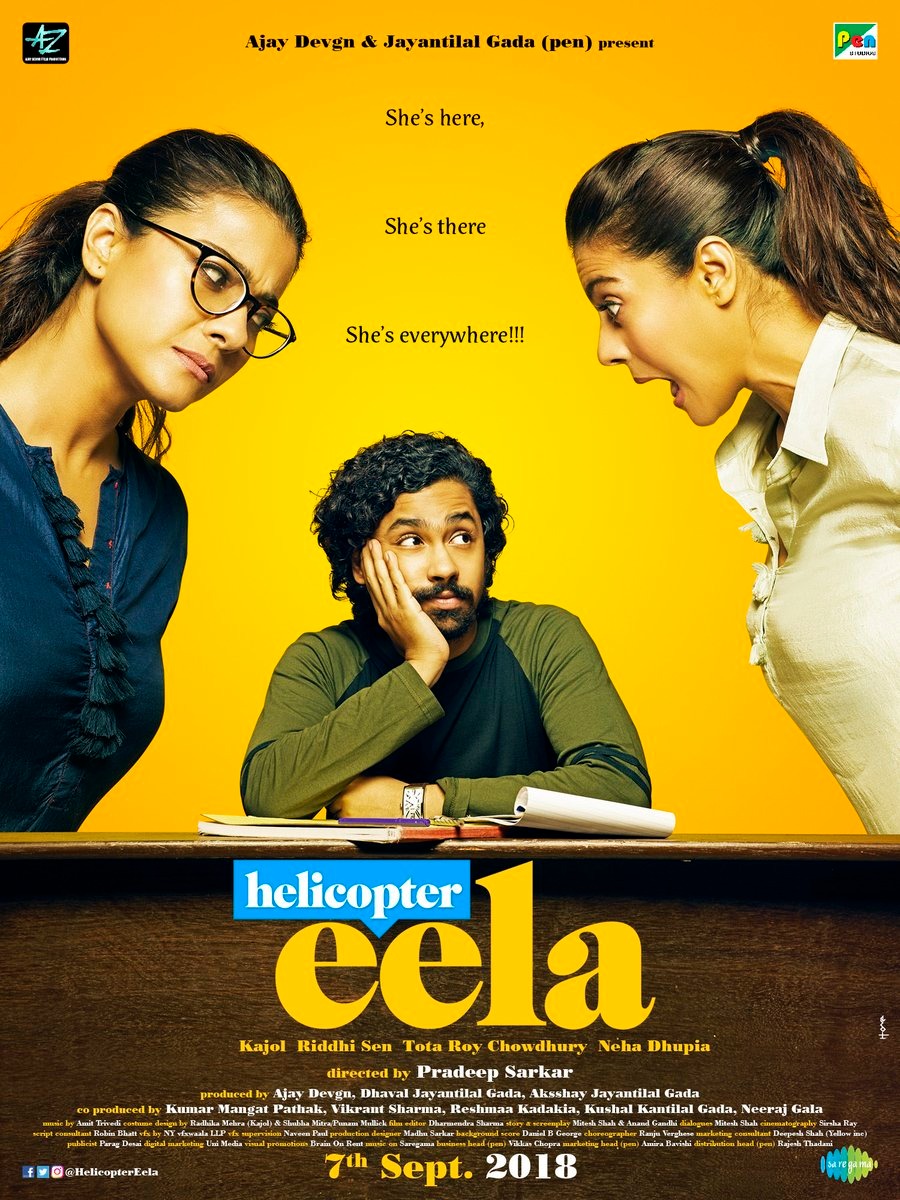 Poor Helicopter Eela!  And poor us, since this will no doubt be seen as a referendum on middle-aged female lead films.  Tumhari Sulu did well, English/Vinglish did well, Mom did well, Hitchki did okay, but you have one flop and poof!  Women lose their chance.  Or maybe I am being too pessimistic.  Because this is pretty clearly just about this one film.  The initial idea and trailers were interesting, but then there wasn’t really anything else to sell it, compared to Tumhari Sulu where they built on the initial trailers with a fun remix song, some interesting little bits of chemistry between the cast, and most of all leaning into the idea of the sexy radio voice, something a little unusual and interesting.  Helicopter Eela kind of got to “Kajol as a single mother” and then stopped.

Now, let’s go to the top!  Kayamkulam Kochunni and my beloved Nivin!  Released on a whopping 19 screens, and on the same day it released in Kerala instead of the traditional mysterious multi-week delay.  I haven’t seen a release like this since Mohanlal tried to shove his son down our collective throats.

I don’t always pay attention to Malayalam film releases, but I saw this one opening night and the theater was packed, which got me curious.  Turns out, it made a stupendous $3,500 per screen!!!!!!  Well, stupendous for Malayalam.  Those tend to average around $800 per screen.  And on only 8-9 screens, not 19.  So, yaaaaaaaaaaaaay NIVIN!!!!!!  You Da Man!!!!  You Won EVERYTHING!!!!!

I don’t think it is Nivin’s star power, I think it was partly Nivin plus Mohanlal, and partly that it is just such a rousing fun kind of a movie.  It was sold as a big fun adventure film, and it is a big fun adventure film, so you can bring the whole family top to bottom, if you watch no other film this year, this would be the one to watch.  So it’s not Nivin’s star power, it’s Nivin’s film choice savvy that caused him to pick the exact sort of film people would want to watch.

So, what do we have here?  Well, the audience is happy and eager to see movies in theaters, that’s new.  Most films are getting a nice healthy box office.  In a whole variety of genres and a whole variety of languages.  All of this is good.

They are still leery of the trite and the familiar, no Loveyatri and no Helicopter Eela with their familiar Hindi film star branding.  And no Varathan with the familiar Malayalam thoughtful character drama branding.  And of course we’ve been seeing the Telugu romances neatly trounce the action films all year.

The winds of change are sweeping through the film industries all over!  It’s come through to Hollywood too, the superhero movies (except Black Panther) are flopping and the musical character drama is rising.  People all over are tired of the same old-same old, they don’t trust it, they want something that is unfamiliar whether it is a genre, a star, or a plot.