When I say “un-Indian”, I don’t mean morally, or politically, or philosophically (although an argument could probably be made for all those aspects as well).  I mean, artistically, this film goes against the 102 year history of Indian film.

So, first, I should say that Bajirao is a very well made film.  The script is tight, the camera work is amazing, the costumes, sets, jewelry, hair and make-up are all phenomenal.  The acting by all three leads is also really really good.  I was confident in Deepika going in (post-Piku, she can do no wrong), but nervous about Priyanka and Ranveer.  And they ended up being the ones who impressed me most.

But when I talk about “Indian film”, I mean a very specific technical and stylistic standard, with roots going back thousands of years.  And this is not an Indian film.

India has one of the few industries left in the world that actually makes films for theaters, not for DVDs, TV, streaming on your teeny-tiny handheld device, or whatever other way you may come up with to watch a movie outside of the theater.  Making a film for the theater, means you have to expect people to miss stuff, because life happens.  The whole audience in and out during the movie thing isn’t unique to India; have you heard the phrase “This is where we came in”?  That comes from back in the pre-TV era when watching movies was the main entertainment in America.  The cheaper theaters would sell tickets to you whenever you happened to come in, whether it was at the beginning, middle, or end of a film.  And then you would be expected to keep watching through the next show, until you reached the point where you “came in.”  This habit only went away when TV took over the day to day entertainment, and going to the movies became an event.  But in India, going to the movies is both an event and an everyday occurrence.   The solution is to set aside the most often missed portions of the film (beginning, post-interval, end), making them enjoyable, but not necessary.  To put important elements right at the beginning is un-Indian, unfriendly to those who can’t find their seats, miss-read the showtimes or, like me, got stuck in traffic.

2. No star personas in play!

Indian stars are like royalty, or gods, or something in between.  Everyone knows everything about them, so it just makes sense to acknowledge this by using their real life storylines to support their onscreen ones.  Like Silsila.  But in Bajirao, there were ‘stars’, but they weren’t playing themselves!  Their characters had nothing to do with who they are thought to be in real life!  Okay, Ranveer, maybe, but that’s just because his persona is still pretty flexible.  But if Deepika is going to be destroyed in love, cast her opposite Ranbir, not her nice supportive boyfriend Ranveer.  And don’t cast Priyanka as the publically humiliated wronged wife, for obvious reasons.  Cast anyone else (Twinkle Khanna, say), and the audience will buy it more.

Okay, this is a big problem!  According to the dramatic theory espoused in the Natyasastra in about 200 AD, the goal of a dramatic performance is to evoke a series of emotions in the audience. Unlike in Western drama, where the goal is an absorbing plot, or beautiful acting, or “realism” (whatever that means).  Bajirao included the emotions part of it, but they forgot the series!  Bajirao is just one emotion, passionate love, for almost 3 hours.  It’s like a jalabi.  Jalabi with the frying and the turmeric, delicious!  Just drinking two cups of pure sugar water, a little nauseating.

Well, it’s a historical movie, so not “new” new, but like new to them new.  Where is that coming from?  This whole “a second wife!  Never!!!” idea?  PC Barua, who starred and directed in the first film version of Devdas, so you know Bhansali has heard of him, had at least 3 wives.  He married as a teenager another teenager from a similarly aristocratic family, she spent the rest of her life minding his estate while he made movies in the city.  He then fell in love with another woman, who he married against his family’s wishes, and then she left him.  And finally, his third wife, an actress, traveled the world with him and was his muse at work.  There may have been more wives in there as well, he wasn’t the most organized person.  Everyone in Calcutta knew about it, it was accepted and understood, a lot of the aristocracy lived like that.  A wife is a wife.  There’s the first one who minds the estate, and the second one who you actually have something in common with, and that’s just how the world works.  And that’s how it is in most movies, that kind of double-wife relationship isn’t worthy of note.  For it to be really worthy of a film, it has to be something remarkable.  Like the first movie produced by Yash Raj studios, Daag, which had a husband kill his wife’s rapist, be arrested for it, then be presumed dead in an accident to the prisoner transport, start a new life on the run from the law, remarry, and then coincidentally be tracked down years later by wife number 1.  Now there’s a conflict!  There’s a film!  Not this “and then I got married again and everyone Freaked. The Heck. Out.” stupidity. 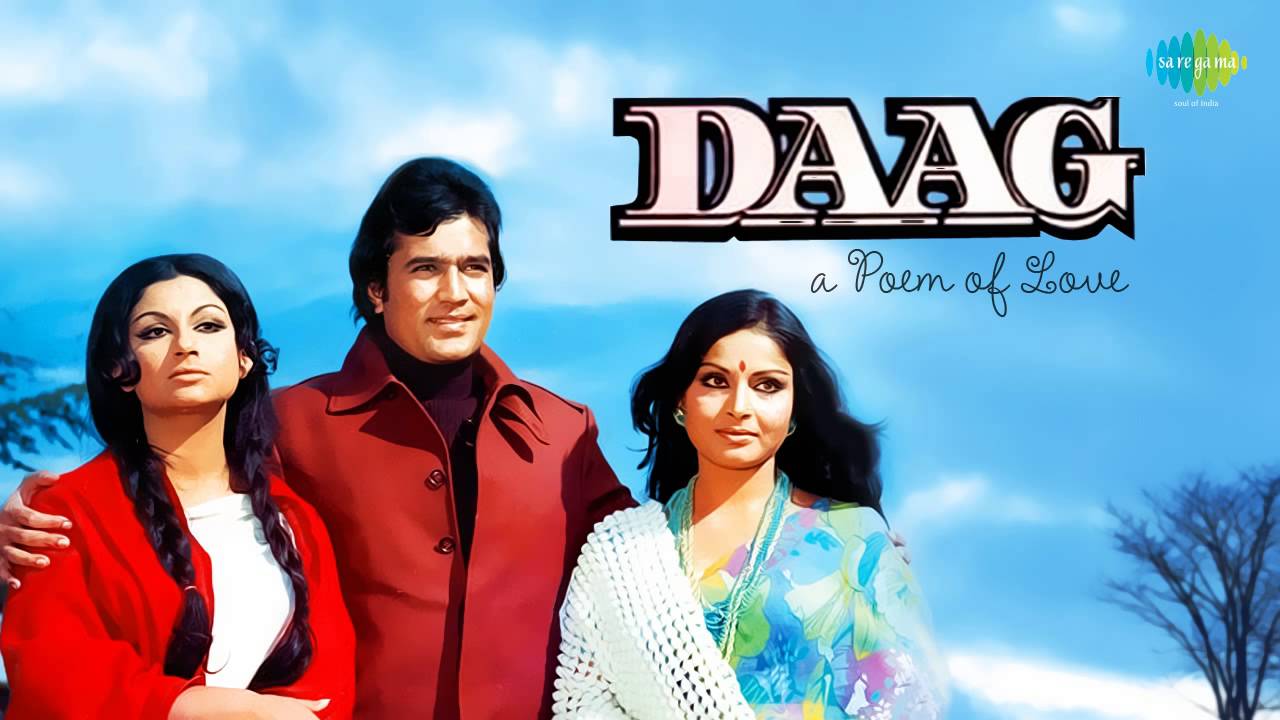 5. Lack of Story in the Story

I have a very wise friend who once said “Boy, Indian films sure like a lot of story in their story!”  Which is super true!  Look at something like Bang Bang, which was an official remake of the American movie Knight and Day.  But on top of that plot, it put a whole back story of brotherly vengeance, our heroine’s dissatisfaction with her job, and betrayal in the Indian secret service.  Oh, and the Kohinoor diamond.  And that’s without even mentioning the various parental issues, comic subplots, and so on!  So, what’s the story in Bajirao?  Woman falls in love with a married man, his family objects, and?  Well, and that’s it!  It’s just a series of complications to that basic framework, nothing new built on top of it.

I don’t mean, like, they should have brought Helen in to do a number in a gold bikini (although, what movie wouldn’t be improved by Helen in a gold bikini?).  Or even use a sexy lady at all.  I just mean, a song for the pure joy of the song, separate from the plot.  Even Jodha-Akbar had “Kwaja Mere Kwaja”, which was just there to be there.  Bhansali never does that, and it bothers me every time!  In Indian film, the songs are meant to be moments out of time, moments of pure enjoyment and emotion, not always forced to work at driving the plot.

While Item Songs are there for random joyfulness, Fantasy Songs are there to explore and explain the characters’ inner lives.  None of those in Bajirao, because what is there to explain?  He loves her, she loves him, and someone else also loves him.  And they say it, outloud, over and over and over again.  “I love you”, “she loves me”, “I love her”, blah-blah blah-blah BLAH.  How about a mountain in Switzerland just to break things up?

When does Bahubali take place?

Why, they take place in Olden Times, of course!

That’s as close as most Indian films get to identifying a period for their setting.  For the few that get closer than that, Mughal-E-Azam, Sikander, Magadheera, they play it a little fast and loose with the accuracy.  Costumes, sets, dance styles, everything is painted with a broad brush.  I actually think this is more accurate!  That is, history is such a battlefield within India, the best solution is to side-step entirely and make it clear that this is a fantastical version of the story, not a definitive one.

So, back to my first thought about making a movie to be watched in the theater.  If you have a crowded theater with a big audience, everyone’s going to want to leave, catch their bus, get their car, whatever.  So you don’t want to keep them waiting for the movie to end, you want it to go Bam!  Done!  Except not here, where I am literally checking my phone in the theater thinking,”is it done yet?  how about now?  or now?  or now?  Where did I park, anyway?”

Now, I’m not saying it can’t be sad.  Just that it can’t be a total downer.  Like, Deewar, Amitabh’s dead, that’s sad.  But the actual ending is Shashi getting an award!  That’s happy!  You can go out with a smile on your face.  See also, Sholay (Basanti and Veeru are together), Mughal-E-Azam (India endures!), and even Kaagaz ke Phool (Guru Dutt gets one more glimpse of his past glories before dying, and the film industry roles on).  But this film!  Man!  It takes forever to end, and when it’s over, there’s nothing to feel good about!  Well, except that it’s finally over.

15 thoughts on “10 Reasons Why Bajirao Mastani is un-Indian”