All over!  So sad!  Except not really, the Index will always be there, I get new comment notifications any time and they pop up on the homescreen too.  So feel free to come back to an old post at any point and add a new thought to it.  I think I have broken it down in a detailed enough way that if there is anything you might possibly want to discuss, there WILL be a specific location for it.  And this is the specific location for if we think all these characters will be able to find a true happy ending.

There are three things at the end of the film that leave it open to possible future conflicts.  First, Mahendra/Prabhas 2 declares “My Word is Law!” which is pretty much exactly what got us into this mess in the first place, Sivagami’s over-confidence.

Second, there is that child’s voice over asking of Prabhas 2’s son would become king, answered by a chuckle and being told that is another story.

And finally, generally, because of how the film was edited down, there were a lot of little moments we never got to see, little character resolutions that didn’t happen.  Which leaves it open for those resolutions to happen in future.  Or to never happen, for it to end in conflict.

Now, I DON’T want this to be a total fanfic type post.  So I am just going to start with open discussion topics, and then move on step by step to some more detailed options if you are interested in that type of thing.

Would Devasena be a good Queen Mother?  Or is she too undiplomatic?

Is Avantika ready to be Queen?  Has her life so far not trained her for it, or has it been the best possible training?

Bijjalla, does anyone trust him not to cause trouble again?  And why might they have kept him alive?

Shivudu/Mahendra, will he be a good king of a disaster?  Why or why not?  What will his relationship be like with Devasena?

Kattappa, what’s next for him?

Mahishmati the kingdom, will it break apart into happy anarchy under Shivudu’s literally lawless rule?  Or will it become stronger than ever?

Kuntala, what’s next?  Who can rule there?

What else did I forget to ask?  What else do you see as potential unresolved issues? 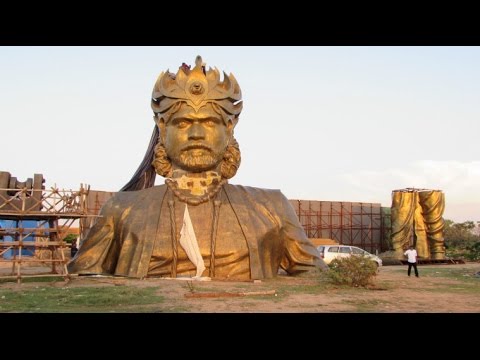 (Will the gold head ever stop floating?  If so, where?)

For some more specific discussion questions, here are some ideas that have already been tossed around in the comments:

Avantika really isn’t ready to be Queen OR to be married to Shivudu.  She went from a life of misery and dedication to a cause, to falling in love, to being on the royal dais way way too fast.  What if Devasena, as her princess of Kuntala and future mother-in-law, suggests that she take some time for herself to prepare, similar to Sivagami sending Amarendra to travel for a bit before his coronation?

What might happen?  Might she come back no longer in love with Shivudu?  Or in love, but no longer wanting to marry him and give up her independence to be Queen in Mahishmati?  Or might she even end up falling in love with someone else?

Devasena is about Dharma above all.  Mahendra is about what he feels is right above all.  These two things are similar but not identical.  What if there is a peace treaty, a trade agreement, even a simple matter of punishing a thief, and Devasena and Mahendra disagree?

Would Devasena feel it is right to maintain the authority of the throne and bow to Mahendra’s decision as King?  Or would she challenge him in open court and refuse to give in?  What about Mahendra?  Would he listen to a reasoned argument that went against his gut and change his mind?  Or would a challenge incense him?  And, in this situation, if Avantika is still there, who would she choose to follow?  The man she loves/legitimate ruler, or the woman she has idealized her entire life?

The question of his loyalty is left open.  In the past, he killed someone against his own better judgement because he thought it was his duty.

What if his duty is somehow brought to bear again?  Is there any argument that could convince him to such a thing again?  If Bijjalla argues that he is the only “true” member of the royal family left, might he eventually convince Kattappa?  If Devasena gives an order that conflicts with Mahendra, or Avantika?  Who would he pick?  Mahendra as king above all, or someone else?

This just occurred to me, but what would Mahendra do if it were a matter of placing the needs of Mahishmati the kingdom above those of the forest people?  It could easily happen, Mahishmati having a drought and needing the water, or starting a fire which accidentally burned the forest.  Which side would Mahendra choose?

(Also, this lady!  Whatever happened to her?  Will she recover from her PTSD or just sink into a catatonic state?)

Now, if you like really specific plots to consider for the future, here’s an idea we came up with on the Devasena post comments:

What if Avantika goes walkabout and falls in love with someone else?

Let’s say, Allu Arjun, a young happy warrior from a neighboring kingdom.  His family is Kuntala people who fled to live somewhere else and are now returning.  With him, Avantika has the experience of Kuntala culture she never had before, plus a large loving family to embrace her, and the kind of carefree pure love that she had with Shivudu before they discovered his real identity.  She wants this, a happy simple life, not life in the palace.  But she has sworn to return one year to the day from when she left, so she has to come back at least once.

Avantika before she left was crowned Queen presumptive, and exchanged rings with Shivudu and promises to marry him.  And took an oath to always serve the people of Mahishmati and obey their ruler.  So when she appears and declares that she wants to marry Allu Arjun and go live in New Kuntala as a simple small landowner type aristocrat, it causes all kinds of issues. 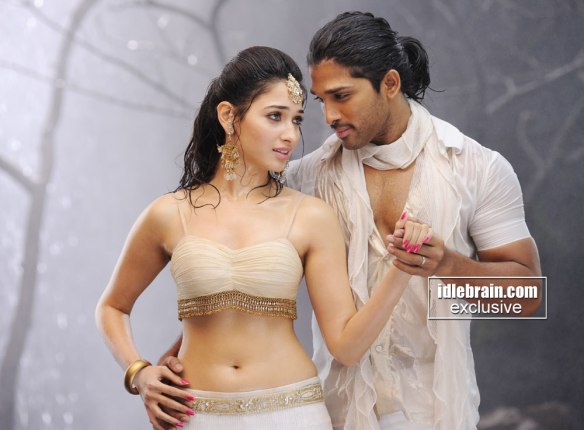 Mahendra having vowed long ago that all her desires and goals are now his, although it breaks his heart, insists on supporting the marriage.  Devasena, following her vision of Dharma, is against the marriage.  Because Avantika was given this time and training and status in order to serve the people of Mahishmati, she cannot simply walk away from that.

Mahendra and Devasena spectacularly fall out over this issue.  Devasena, seeing how much he is hurt at losing Avantika, is even more sure of her rightness.  Mahendra remains firm in his simple view of “Avantika-right or wrong”.  Ultimately, he removes Devasena from the formal position as Queen Mother and replaces her with Sanga, his adoptive mother.  While Devasena remains in the palace and a respected member of the family, and beloved by the people, she no longer has the powers she used to have.

As Devasena predicted, the people are furious and unhappy.  With Devasena being removed, and Mahendra being jilted for another man after being publicly engaged, there are skirmishes on the border of Kuntala and Mahishmati.  As Kuntala feels it’s princesses are being disrespected, and the Mahishmati people feel this is all Kuntala’s fault.  Devasena travels there and tries to calm the people.

Avantika, Mahendra, and Allu Arjun all feel terrible back in the capital city.  Mahendra becomes increasingly autocratic, insisting that he has the right to give Avantika permission to do whatever she wants, any vow she made to the people of Mahishmati is meaningless if he overrides it.  Avantika is torn between love and duty, wanting the happy simple life in Kuntala but feeling like her duty is turning her towards marrying Mahendra after all in order to make peace.  Allu Arjun, being a decent person, offers to step back, to give up his love in order to make peace in Kuntala.  All 3 of them end up traveling to the border as well.

Devasena, seeing their arrival and how the Kuntala people cheer Allu Arjun (seeing him as the promise of a new happy Kuntala, and a “winner” over Mahishmati in some way), declares suddenly that it is a Kshatriya’s duty to do what the people want, and they clearly want Allu Arjun.  Thus, as Queen Mother, she declares that Allu Arjun is now king of Kuntala.  Mahendra quickly agrees with this, making Allu Arjun into a ruler of an dependent state meaning he is now serving Mahishmati directly, as would Avantika as his wife, thereby fulfilling her vow.  And also acknowledging that Devasena never really lost that Queen Mother status because it is something she carries within herself.

Finally, a wedding is arranged.  At the Kuntala border, symbolically.  Mahendra and Devasena will attend, thereby signaling their approval.  Avantika can have the simple life she wanted, more or less, since ruling a small kingdom like Kuntala isn’t the same as being queen of Mahishmati.  And she can be with the carefree man she loves who really is a nice guy, and a brave man, and will make a good ruler.

But, I think, even after Avantika grows up and spends more time with Mahendra, they will still be in love.  Just for better reasons than “She’s pretty!” “He climbed a waterfall for me!”  So while I can see her needing time alone and coming to realize that her love story with Shivudu was really based on nothing, and even falling in love with someone else who gives her the whole package she wants (happy home, family, freedom), I still think she will find her way back to Shivudu.

So I would say, in this story, as they dealt with this whole issue, Avantika saw over and over again Shivudu’s best qualities.  They way he defended her unquestioningly even when her decision hurt him, the way he cared about his people, the way he ultimately made peace with his mother even when it humbled him in front of the people.  And the way he kept her cheerful through out all this, played little jokes on her, forced her to attend music performances, let Allu Arjun win when they had a little fake battle for her hand, and just generally was awesome.

The night before the wedding, Devasena would come to her as a fellow Kuntala woman to give her traditional wisdom and sense her hesitation.  And tell her it is okay for her to change her mind again.  And in the end, Allu Arjun would become king of Kuntala, which is pretty great for him and for Kuntala.  But Avantika would decide, even with all the drawbacks of being Queen of Mahishmati, she would still rather marry Mahendra, not for all those shallow reasons, but because she has really gotten to know him and likes him.

55 thoughts on “Final Bahubali Post! What Happened After the Ending?”