It’s IPL now, and Ramadan is starting soon, which means everyone is kind of hunkering down and being quiet.  Because there’s no big movie to promote, so why talk?  But there are some nice non-movie things happening that are getting a little reportage.

Aryan graduated!  Yay!  Aryan and Navya Navelia, Amitabh’s granddaughter/Raj Kapoor’s great-granddaughter.  As is widely reported like once a month, they went to the same very exclusive and private boarding school in London for the past few years.  And now they are graduates!  Which means the launch and first film rumors for them both are just going to get bigger and bigger.  I am down for either of them, I’ve liked Navya since she was 8 and used to be Abhishek’s date to events.  And Aryan is a little mini-SRK, so that’s all good! 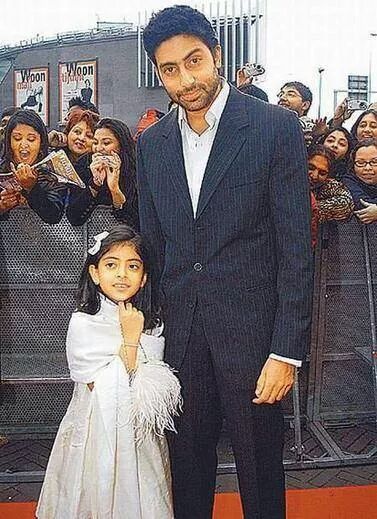 I am a little mad for the sake of Suhana, it is her birthday today, which means her birthday this year got all over-shadowed by her brother’s graduation.  No fair!  But on the other hand, she is now 16, which is a perfectly normal age for a heroine to sign and start her first film.  It could happen any day now!  But probably not.  Because SRK has said he wants her to get training first, and I really don’t see him being cool with his 16 year old daughter going to work before she finishes high school.

The Iulia-Salman marriage rumor is slowly dissipating a little.  The whole Khan family, plus Iulia, is issuing statements saying that if/when a marriage would happen, they would make the announcement and everyone would know about it.  Interestingly, Iulia is issuing similar statements as well, which means even if they aren’t getting married, she is still enough a part of the family to follow along with their PR policies.  Although, they aren’t saying the two of them will NEVER get married, just that it isn’t planned right now.  So there’s still hope!  Salman could be off the market at some point and have a little late-in-life baby!  But probably not this year.

And the only other news is that Aamir Khan tweeted a thing about Paul Blackthorne’s “Save the Rhino” campaign in Vietnam. Apparently they pay for drones to fly over and look for poachers.  What an oddly modern campaign!  And it also reminded me that I really need to catch up on Arrow, his current TV show.  Paul Blackthorne, not Aamir.