Sultan is coming out in a week, woo!  And all signs point to Anushka dying and Salman being a grieving widower looking for a reason to go on (NO SPOILERS or inside info, that’s just a guess based on the trailers).  Which is why Dil Ne Jise Apna Kaha is the first movie I want to talk about for our run-up week.

First, full disclosure, Return to Me, the American movie this is based on (by way of an earlier regional remake), is one of my all time favorite films.  Partly because it is a really good movie, but also because it is a really great Chicago movie.  The city looks as good as it ever has, almost as good as it looks in Dhoom 3.  Since I have seen Return to Me sooooooooooooo many times, I’m not going to be able to stop myself from smattering this review with comments about the similarities and differences between the two films and where they may come from, along with guesses as to what elements might be similar between this film and Sultan.

(So pretty!  If I didn’t live here already, it would make me want to move here)

The biggest difference between this film and the original is in the weight given to the pre- and post-tragedy sections of the film.  In Return To Me, because of the length restrictions of American films, there was only time for the audience to get a little taste of our hero’s wife and his life with her.  More importantly, there was only time to give us a little glimpse of his time grieving her.  In Dil Ne Jise Apna Kaha, we get to see every part of the character journey.  From happy husband, to incapacitated by grief widower, to slowly ready to move on with his life, we get to see it all.  Which ties into the other big difference, that the film is so much more the story of one man’s journey with two actresses sharing the responsibility of being his co-star, rather than the story of two halves of a couple.

Which is the other reason it makes me wonder if it will relate to Sultan!  The last few Khan films have been so KHAN-y, with minimal stuff for their co-stars to do.  Really, the last big co-star for any of them was Harshaali Malhotra in Bajrangi Bhaijaan.  This isn’t a criticism, in some ways it feels like we get more bang for a buck this way, because what happens instead is that you get to see the Khans bouncing off of a series of different co-stars.  Aamir in PK, for instance, did a lot of work with Anushka.  But also at other times with Sanjay Dutt, or with random one-scene extras.  In Bajrangi it was very dramatic split in casts beginning to end, with Harshaali being the only co-star who really carried through from the first half to the second. 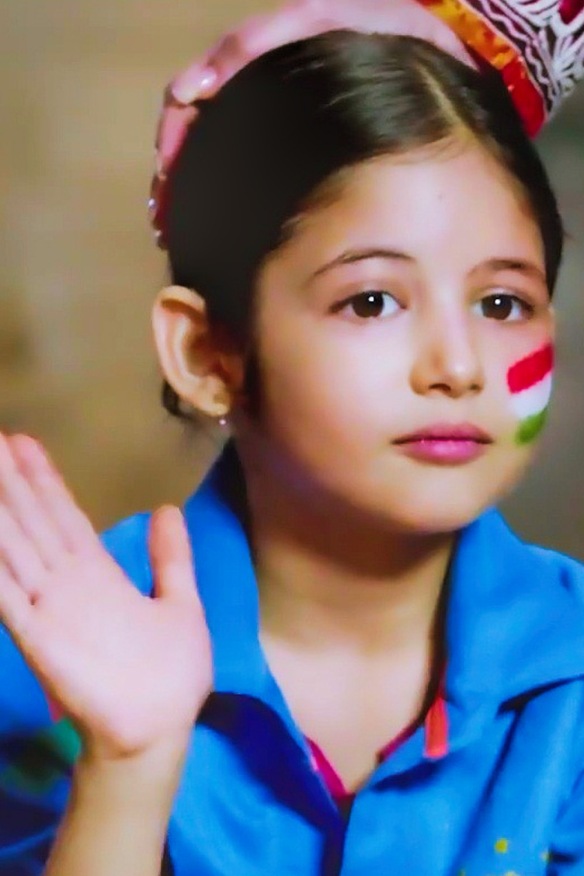 This would be a problem if the shorter roles meant weaker characters.  But instead, at least in the better Khan films, it means there is a greater number of strong characters, they just get less screen time.  I really liked Kareena in Bajrangi, and I really liked Nawazuddin, and I would rather have both of them in slightly shorter parts than having to pick between the two.  In Sultan, I suspect we will have Anushka for half, and Randeep Hooda (blech!) for the other half.  I’d rather have more Anushka and no Randeep, but on the other hand I am very interested to see the pre-, during, and post-Anushka versions of Salman.

That’s what was so interesting in Dil Ne, watching how Salman changed but remained recognizably the same character through out the film.  Frankly, I found early Salman almost irritatingly happy.  He had this wonderful life with the perfect wife, their dream home, a great job, family, friends, and a baby on the way.  And he was just so bouncy!  Bouncing all over the place, climbing on things, throwing Priety around.

It was only during the later flashbacks to this time that I figured out what they were doing and why it had to be like that.  First, they wanted him to be extremely happy, but to show how that happiness was all wrapped up in Priety, his perfect life really just boiled down to having the perfect wife.  Without her, he lost his inspiration for his job, his home became empty and echoing, his friends all became as sad as he, and of course the baby was gone as well.  Even the family was more Priety based than it appeared, there was a brief comment about how his big sister took care of him after the death of his parents but now she has her own family somewhere a considerable distance away, and it rapidly becomes apparent that the only people really in his life were his wife, her friends, and his work friends.  And you may not be able to see it right away when you are watching the opening sections, but seeing him flashback to them during the sad bits in the middle makes it obvious.

Especially seeing the changes in the Salman performance.  I’m not going to say it is an all time great Salman role (especially since I’ve recently been a kick of watching early 90s Salman), but he do put some real effort into it and made it stand out.  In the parts where he is covered in grief, he moves more slowly, he doesn’t make eye contact easily, he seems to have a hard time even talking.  Then, when he starts to come out of it, he is still different than before, more dignified, stiffer, but at least he can talk easily and relate to others.  Grief changed him, so even when he is “happy” again, it isn’t exactly the same kind of happiness.  Well, almost the same in the little tag, but not quite, because he is treating his wife a little differently than he did in the beginning, a little more gentle teasing and over the top mugging because she is less likely to tease first or more, the way Priety did.

In Return to Me, the idea of his whole life being shattered when his wife died was handled slightly differently.  Not better or worse, but different.  In Return to Me, again, we see that our hero after his wife’s death has almost no friends, no family around, living in an echoing and lonely house.  But the point isn’t to contrast it with his life before, it is to contrast it with the heroine’s life, which is filled with friends and family.  Because, like I said, the original was more about the two people finding each other than one person getting over grief.

(No friends except for David Alan Grier, who is wonderful, as always)

Not that I think Bhoomika gets short-changed in this, or Priety.  They both have full well-rounded characters.  We see Priety as a peppy and caring and confident young doctor.  And we see Bhoomika as a sweet sheltered young woman who lives mostly in dreams.  That’s the tricky bit about this plot, in both versions, making it clear that all the two women share is a “heart” and a love for the hero.  But they are very different people in every other way, it’s not a personality transplant, it’s just a heart transplant.

But ultimately, their two different characters exist just to serve different versions of Salman.  When he is happy and his life is perfect, he needs someone like Priety, who can challenge him and laugh with him and pull him out to nightclubs and parties.  But when his life falls apart and he grows into an ultimately stronger quieter and more serious person, he needs someone like Bhoomika, who is shyer and more caring and gentle. Which is why we get the two versions of their love songs, to see that.

That’s the other thing I am curious about with Sultan.  We see in the first full trailer how Anushka changed his life, gave him purpose.  But what is he going to need from his partnership with Randeep Hooda?  Is it that the older and sadder Salman needs someone to be brusk and challenging with him?  In a way that the woman who loves him (I assume.  Again, I only know what we see in the trailers!) wouldn’t?

Also in Dil Ne, we get to see the process of him choosing to get over his grief by focusing on attaining a goal to honor his wife.  I like that in Dil Ne it shows that this a good and healthy step, but also that it is a bit of a hiding from the world.  His friends all support him in his endeavor, but they also start their kick-off meeting by garlanding a photo of Priety, which Salman responds to by removing the garland and insisting that she lives on.  Which is a nice thought, but also means he is in a bit of denial about how his life has changed.  And then his denial increases, when he resists the immediate attraction he feels to Bhoomika, despite how obvious it is to everyone else.

This is where the whole Priety-Bhoomika connection gets a little tricky.  It could be read as him still not getting over Priety entirely, since he is only attracted to Bhoomika because of her connection to Priety.  But I choose to read it as Salman and Bhoomika being a good pair no matter what, and the Priety connection is just a way of having her give direct confirmation and blessings to him moving on with a new person.

Now, in Sultan, and this is me guessing wildly, but I wonder if there will be something similar with Salman choosing to return to wrestling in order to honor Anushka in some way, so she is still with him even when she isn’t.  And if the happy ending will be less about him winning the big fight and more about him finally feeling like he has her blessing to be happy in his life.