So, I sat down to watch this before work on Independence Day, and I ended up having a much larger breakfast than planned, because that whole last hour of the hunger strike just had me going “ooo, maybe I’ll have another glass of milk!  And toast!  Toast with my eggs!”

I know this was a super popular and influential movie when it first came out, even though there had been at least two earlier film versions.  So for some of the audience (not all, I know at one point his picture was more popular than Gandhi in India) this might be the first time they heard the story.  It was not the first time I have heard this story.  That would be Rang De Basanti.  Which was followed (not chronology, but in the order in which I watched them) by The Legend of Bhagat Singh, and then a variety of articles, an ethnographic study of male martyrdom in Punjab legends, and finally a few original documents (his letters to his brother from jail-heartbreaking!).  So I already know some of this story, although I know there are also all kinds of details and variations that I don’t know about.

(For instance, I had no idea until just now that Aishwarya was in the Bobby Deol version.  Really?)

Which made it fascinating, to me, which details this version chose to emphasize and which it chose to ignore.  That is the filmmaker’s prerogative with historic films, of course.  You can’t possibly show everything that ever happened, so it is up to them to take all the facts and somehow put together a cohesive narrative by picking and choosing between the,.  And with Bhagat Singh, we have a whole variety of possible narratives all set out for us in all the various different film versions.

In this version, there was a strong focus on endurance, suffering, cruelty.  Less of a focus on fighting back or on violence.  Or even on pride or, what’s the word I want, cockiness?  Bravado?  Coolness?  It was a story of a good noble boy who was constantly abused and punished by those above him and took it all with a smile.  Kind of felt like I was watching a Bhagat Singh movie that had a little bit of Gandhi mixed in.

Not that Bhagat Singh wasn’t a good noble boy who took abuse with a smile!  Just that he was other things as well, and I found it interesting what this film chose to keep and what it chose to not deal with.  It definitely felt, to me, like a “Nation Building” film, more than an “Inquilab Zindabad!” film.

Part of that was also how it dealt with the British.  There was a focus on how they consistently “broke the rules” of governance.  That the Indians were trying to follow the rules, and the British were breaking them.  The message felt a little bit like “conform!  Conform!  Trust your good Indian government that is better than the British one!”

Which is a vital message in the early years of a nation, as you try to train the people who just a little bit ago were all about rebellion and rule breaking, to become good citizens who work together in harmony.  It’s why everyone in America learned that stupid “George Washington and the cherry tree” story (li’l George Washington chopped down a cherry tree, his father asked who did it, he said “I can not tell a lie, I did it”) and not the Whiskey Rebellion story (former revolutionary soldiers rebelled against the new tax on whiskey just a few years after we got our Independence).  We need to be taught that our heros only rebelled because they were driven to it, if they had a choice, they would rather have been good obedient citizens.  Otherwise you just end up with a constant state of rebellion and no civilization (by the way, Washington himself put down the Whiskey Rebellion, because of just this concern).

This is also why there was the constant refrain of “no one has ever suffered before as we are suffering, no country has ever been so evil as the British are being.”  Again, clarifying that the British were really really bad, that’s why we had to rebel.  But now that the couldn’t-possibly-be-as-bad Indian government is in charge, no more rebellion!  Now is not the time!

Again, none of this is because they are making stuff up.  The British really did let Bhagat Singh go on hunger strike for weeks and weeks before finally giving in.  They really did move up the date and time of his execution.  It really was a bit of a kangaroo court that convicted him.  And the background, the extreme taxation and beating of protesters and stuff, all of that is of course true as well.

But it’s what they leave out that I find fascinating.  Especially right at the beginning, when the film tiptoes right up to the edge of Jallianwalla Bagh and then backs off.  It’s Lodhi, they are going to a celebration in a public park, Bhagat is about 12, and all that happens is his father sings a bit of a song encouraging a farmer not to remove his turban and lose his pride in begging for help from the British.  Why not include Jallianwalla Bagh?  Why do this instead?

It feels kind of in line with the way the film brushes past the Sounders murder (once again not making it clear that Scott was the real target and they killed the wrong guy.  Films never make that clear!  Probably because it is a narrative dead end), and the bomb throwing in parliament.  Not to mention his original arrest, his leaving college, all of those details of his slow growth into a rebel.

(They do include the usual explanation that he cut his hair and shaved his beard to hide from the British, NOT because he rejected his Sikh identity.  That is kind of an important distinction to make, so they couldn’t really leave it out)

Instead, the story line they focus on is Bhagat being taught by his mother, and his father and uncle’s example, to stand up for “India”.  On him joining the HSRA and encouraging it to reach out to members from all over India, to unify the freedom movement.  And then on his insistence on continuing the hunger strike for the good of all the other prisoners, in an effort to improve jail conditions.  It’s very “for the good of all, united under one flag, some amorphous idea of national identity and community”.  Not so much “young men driven to acts of violence because of the violence perpetrated against them.”

The hunger strike part is what really bothers me.  In two ways.  First, that’s not why they were on hunger strike!!!  It was specifically about the freedom fighters group not being offered the status of political prisoners, which would provide them access to books and newspapers and slightly better living standards.

In a broader sense, it was a call for the British to recognize Indian prisoners as their equals, that the Indians rounded up weren’t just “malcontents” or something, but were freedom fighters.  And more importantly, it told the great mass of Indians that these fighters were owed certain rights and privileges, that the Indian freedom fighters should hold their heads high and consider themselves part of a wider community of those fighting for freedom.  And it sent a sign to the world at large, that the efforts the British were trying to brush off as just a few rotten apples, or a “mutiny”, was a true political movement.  But the film is arguing it was specifically about the prisoners at this jail being offered inferior food.  It was about so much more than that!

And secondly, this is where the whole “never before or since has anything so terrible happened!” starts to really bug me.  Because, I mean, hunger strikes by political prisoners are kind of a thing that happens all the time.  What makes the strike Bhagat took part in so remarkable, is that it went on for so long, with neither the strikers nor the government giving in.  And that the whole country got caught up in their struggle and inspired by their sacrifice.  Not just that it was the first time the idea of a hunger strike as a method of protest was considered. 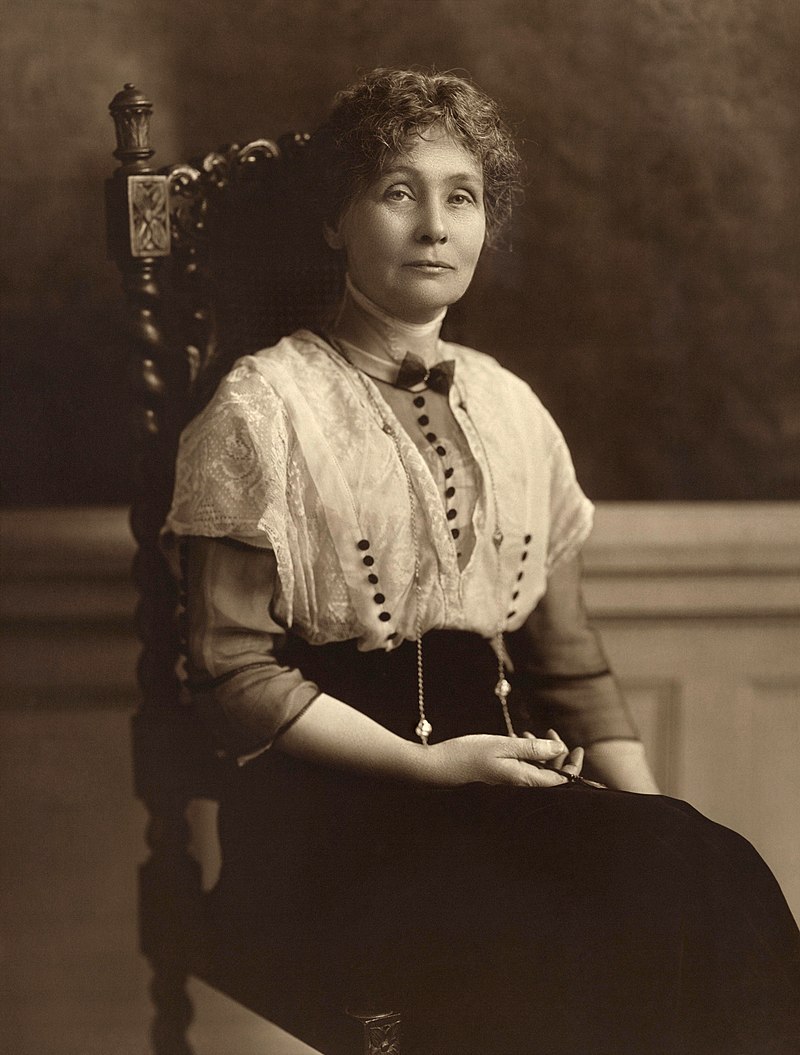 Okay, that’s the big stuff that bothered me.  But there was also some really brilliant stuff that I really really liked that made the story resonate in a lovely fashion.  Pran’s character of the irredeemable criminal and killer who is touched by the sacrifice of the “children” was perfectly acted and a truly moving character arch, culminating when he asks to meet Bhagat before he is executed.

Similarly, the old Sikh jailer who says he only works in the jail for the opportunity to serve “Lions” like these, that he first got the job back in the teens when the Gadar revolutionaries were imprisoned, I like that.  And I like the slight implication at the end that the desi head jailer is ashamed and regretful of what he is doing.

And I really like the Russian influenced montage at the end!  With the quick edits and the freeze frames and all.  Very Battleship Potemkin, but in the best possible way.

(I watched the whole movie in a film class once.  Soo-ooper boring.  But this bit is great!)

I much preferred the way the “romance” was handled here to how it was handled in The Legend of Bhagat Singh, with an attempt to turn it into a real romance.  It’s much more powerful as just a possibility of another life that he turns away from without ever really considering.

(Is that Amrita Rao?  She has had such an odd career!)

I also appreciated the slightly greater role for the female revolutionaries in this.  Nirupa Roy as Durga Bhabhi was particularly good.  And only ten years away from playing Amitabh and Shashi’s mother in Deewar!  Although I wish the women weren’t quite so limited to just playing wives and mothers.  But at least they were wives and mothers with their own thoughts and opinions on things!

Overall, you know, fine.  But if want to be really stirred by patriotic feelings and ambition, I think I still prefer Rang De Basanti.  Or maybe LOC: Kargil.

16 thoughts on “Shaheed: Not a Good Movie to Watch With Breakfast!”