I used to have to give this whole explanation for what the numbers mean and why I report them they way I do and so on and so on.  But now I can just link you back to that very very long post I wrote for Hindi Film 101 going into every single aspect of box office performance and why it is like it is.  Here you go, read this!  Then come back here for this week’s report. (as always, numbers come from Rentrack by way of BollywoodHungama)

DJ did $4,596 per screen in the US.  Which is on the good side of average for opening weekend for a major Telugu film.  Telugu is big business in America, big openings are standard, both in number of screens and amount per screen.  Plus, with the doubled ticket prices for a big opening, the per screens can quickly go above what is “normal” for a Hindi film, without being a really really huge hit.

Tubelight, on the other hand, did $2,214 per screen.  Which is decent for something like Hindi Medium, means people showed up and bought tickets, but really abysmal for a Khan release.

However, and this is where things get fascinating, DJ was only one slot higher than Tubelight in the general American box office, 14 to 15.  Which means, first, that you can reach 15th at the American box office and almost the top of the Hindi-films-in-America box office, just by playing with the screen count.  Tubelight had over 300 screens in America, which is around the limit for the number of screens one Hindi film can get here.  Not the limit for total number of screens that might go to Indian film, but the limit for one film.  If I own a movie theater, and Bajirao and Dilwale are coming out at the same time, I will give one screen to each, they each get around 300 screens, total number of screens playing the big Hindi release in America is 600.  If I own a movie theater and Tubelight is the only film coming out, it just gets one screen.  I’m not going to risk splitting the audience for some funky Indian film between two showtimes.

So, if you have a film with a star in it, and a holiday release date, and get 300 screens, you WILL make it to the top 20 of the American box office.  The actual quality of the film DOES NOT MATTER.  You could have 3 hours of Salman sleeping, Warhol style, and you would still make $700,000.  That’s just how the market works.  The problem is, at that point, you are also no longer making a profit.  Because you had to pay for those 300 screens (either in percentage of tickets or a flat fee depending on your contract), for that star, and you had to fight tooth and nail to keep that holiday release date.

DJ is kind of similar.  If you have a big Telugu star, and 150-200 screens (the amount that Telugu films top out at in America), then you have a 80% certainty of making a profit.  The difference is, for whatever reason, the Telugu audience seems a little less susceptible to marketing, and a little more aware of word of mouth.  Maybe it’s because the tickets are higher?  If you are spending $20-$40 for opening night, you are going to make darn sure this film is worth it.  If DJ was bad at the level that Tubelight was bad, I don’t think it would have made as much money.  I think people would have known to stay away.  But then, on the other hand, if DJ was good, that box office would go even higher.  I have seen as much as $8,000 per screen for a really good Telugu film, which is almost unheard of for Hindi films, and unimaginable for American films.

So, what I am saying is, DJ is a decent film with a big star and a biggish release.  It made about what I would expect for that.  Tubelight is a terrible film with a really big star and a really big holiday release.  It made the bare minimum I would expect for that.  DJ didn’t “take” Tubelight‘s audience, it made the same amount it would have made anyway, it is just reaping the reward in false publicity with everyone making the comparisons.

And you can see that if you look at the rest of the global figures.  Everywhere else, Tubelight was the top of the list.  But still terrible.  Well, terrible for a Khan film.  $5,600 per screen in Canada (remember, very expensive movie tickets up there!), $1,697 in the UK (cheap movie tickets there, and also the most tuned in to the Indian market, probably got early bad buzz), around the same in Australia and New Zealand.  Over $10,000 per screen in Malaysia, but that’s on just 5 screens, which probably drove up the demand.

The real problem with these figures isn’t “Salman Khan’s career is over, woe is us!” (it’s not, I’ll get into that in a second), but “Our quarterly profit is shot, woe is us!”  If you were in America and didn’t get DJ, or if you were anywhere else in the world (except Malaysia) and only had Tubelight available to you, it means you just wasted Eid.  No one wants to see Tubelight, and you aren’t playing anything else at your theater because you gave it all your screens, so now no one is buying tickets from you at all.  And this is a global problem now, since it is a Salman release and an Eid release.  All over the world, theaters were counting on a big big profit for the holiday weekend to make up for their losses over Ramadan.  And NOTHING.

This is the problem with wide releases.  The thinking is “everyone will want to see Tubelight, every theater that carries it will make a huge profit, let’s spread that profit around to as many theaters as possible”.  But the downside is, now every theater in the world is operating at a loss.  The makers of DJ, and the theaters that agreed to screen it, are probably thanking their lucky stars that they took the risk because they are the only ones making a profit. 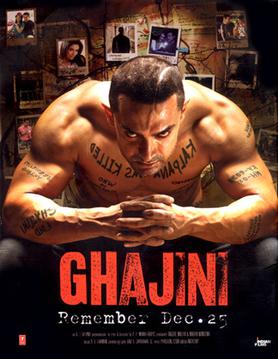 (Thank you Ghajini, for bringing us in to this new, sucky, era.)

This is a problem that requires a change in how all 3 parts of the industry work, producers and distributors and theaters.  If the producers were willing to make more films and release them together, and distributors were willing to cut down on screen counts, and theaters were willing to pass up the new Salman movie and try the new low budget comedy, then we wouldn’t have this “we all rise or sink together” problem.  Picture if, say, Hindi Medium had released last week.  And distributors for Tubelight had cut the screen count in half so Hindi Medium was on 150 screens.  And the theater owners had been willing to take a risk and pass on Tubelight and try Hindi Medium.  Well, half the theaters in America would have made a profit instead of a loss.  And so would half the distributors.  And the filmmakers would have gotten some attention for their little gem of a film, and be inspired to make something a little off-beat like that again.

DJ is only part of the story, this is why regional films in general are challenging Hindi.  Because there aren’t enough Hindi films.  If you don’t want to see this week’s big release, you end up in a regional movie.  Because there is no other Hindi option.

Oh, and I promised to tell you why this doesn’t actually mean anything for Salman’s stardom in particular!  Opening day/week in India is holding steady at an acceptable level for a Khan, around 20 crore opening night.  It even went up on Monday once it finally was Eid.  Those early figures, that’s why you pay for a Star.  That’s the power of name recognition, and his devoted fans who come first day/first show no matter what.  Doesn’t matter what happens in the second week, when word of mouth starts spreading about the film, then the failure is on the director and the film itself, not the star.

(See, he’s still got these guys in his corner.  He’s fine)

In this case, it is sort of on the star, since Salman is the one who produced it, so he take the blame for making stupid decisions.  But his over all star power, that’s still intact.