Back again!  I’m just gonna keep putting up these things every few days until I get to the end.  (full index of Hindi Film 101, including the previous Sanjay posts here)

Usual Disclaimer: I don’t know these people, I have no special knowledge, this is just how it looks to me based on the generally known and accepted versions.  Especially this book.

Richa Sharma was an American girl.  She grew up in a New York suburb in a loving household with her parents and one sister.  My impression is they weren’t rich, but they were affluent.  Nice house, nice vacations, nice schools.  And she grew up, like most American desis, with a foot in two countries, consuming content from India and visiting Indian relatives and speaking Hindi at home, but also going out for pizza after school with her friends, wearing blue jeans and t-shirts, being an American girl. 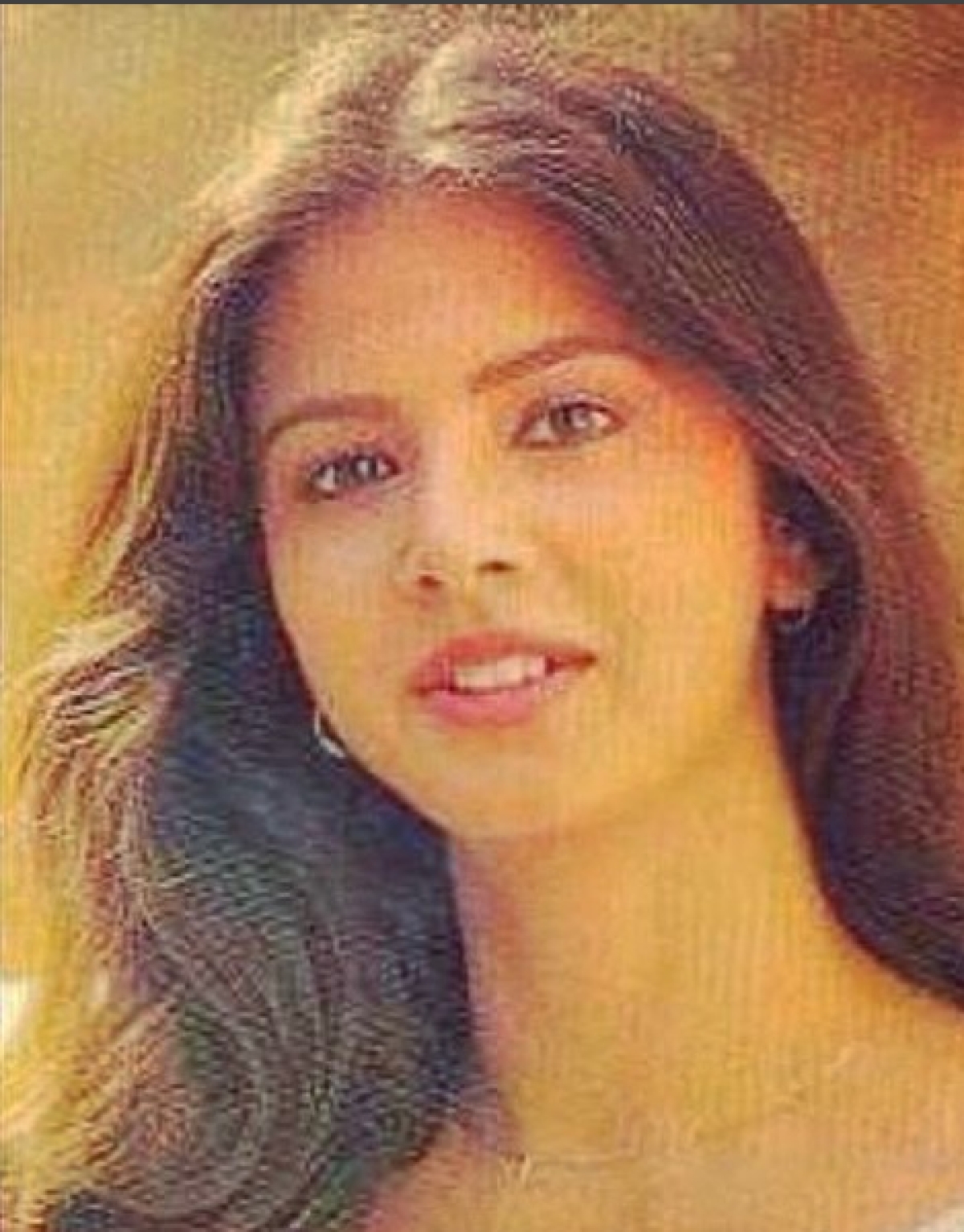 Maybe it was that fresh confident American attitude that got her noticed.  When she was a teenager, visiting India with her family, she was spotted by Dev Anand.  Dev was famous for discovering fresh faces and he saw something in her.  She was only a teenager, but he asked her name and remembered it and a few years later he called her up and offered her a part.  An Indian American fairy tale, growing up in New York only to be discovered in Bombay and offered a part in one of those movies she had grown up watching on her family TV set and scratchy VHS tapes.

Richa started out playing the sexy starlet type roles, paying her dues in the industry.  And making connections, going to the Sun and Surf hotel, the industry events, the press conferences.  And one afternoon, she was spotted by Sanjay Dutt.  Sanjay was 28, back from rehab, and with innumerable romances in his past.  Tina Munim was his only truly serious relationship, the only time he was deeply in love, and more importantly, the only time a woman had been introduced to his family.  But Sanjay had always been a ladies man.  Women liked him, felt sorry for him, wanted to take care of him.  And he liked being taken care of, liked having someone to dote on him.  Ever since school, he had been flirting and romancing multiple women at once.  That was just normal for him, to have female attention and enjoy it.  But it was something different the few times Sanjay fell in love.

When Sanjay fell in love, he fell all the way.  And he wanted the same in return.  The new woman in his life becomes his obsession, everything revolves around her, and she has to arrange her life so that everything revolves around him.  Richa was 23 when they met, just on the edge of breaking through in her film career, with a family and life back in New York.  And all of that had to be sacrificed at the altar of True Love.  Sanjay didn’t want his girlfriend working, and he didn’t want his girlfriend living in America.  And so Richa didn’t.  And within a year of their meeting, they were married. 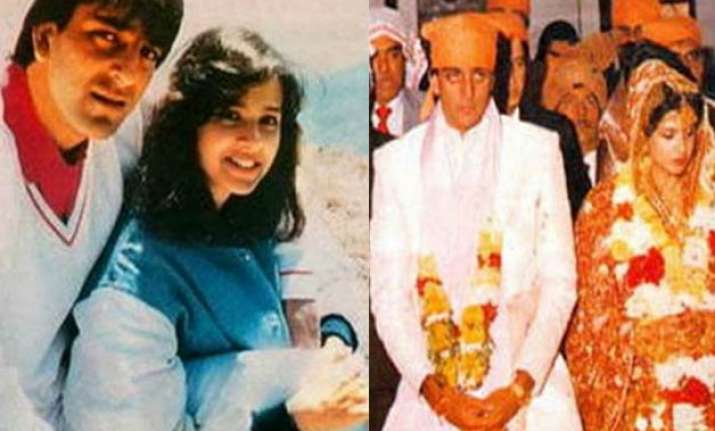 Both families were nervous about this marriage, Sanjay’s because he was still barely recovered from his addiction and rushing into a marriage and a new life.  Richa’s because she was marrying an older troubled man and moving to another country.  But they were so in love, and so happy, they won everyone over.  Their first two years of marriage were pure joy.  Richa got pregnant right away and Sanjay was passionately in love with his young wife and his new baby daughter Trishala.  Richa followed him everywhere, even for location shoots, they couldn’t be apart and she delighted in playing the devoted wife who lived for her husband and daughter.  And Sanjay delighted in playing the young married man.  Seemingly his whole life was falling in to place, he was still more or less off drugs (if you don’t count alcohol, which he didn’t), his career was taking off, and he had moved on to a new level in his personal life, no more playing around with many women, and no more passionate love affairs, he was solidly married and mature now.  Or so he thought.

Of course the real test of maturity is adversity, not just when times are good.  Sanjay thought he was a married man because he went through a ceremony at her parents’ house in New York, he played with his baby at night and brought his family with him to hotel rooms on location shoots, and installed his wife in his family home to be waiting to greet him when he rushed home from work every night.  But he barely had enough time to enjoy the honeymoon happy period of marriage before it all fell apart shockingly suddenly. Richa got a headache one afternoon while she was traveling with Sanjay for a film shoot.  She went to the doctor, and a few hours later Sanjay got a phone call that he had to come to the clinic Right.  Now.

Richa, happy healthy loving Richa, had a brain tumor.  Sanjay went from a young husband and father with a wife to take care of him, to the primary caregiver for a dying woman.  And he couldn’t handle it.

He took Richa back to New York to be treated at Sloan-Kettering, the same hospital where his mother died.  Sanjay stayed at his in-laws, and left baby Trishala there too.  Richa’s sister was still at home, she took charge of Trishala while her parents went back and forth to the hospital taking care of their daughter.  And Sanjay tried, he really did.  He had to go back to India for work, but every time he got a chance, he would fly to New York and spend time with Richa and Trishala.  But it wore him down.  He had barely had a chance to enjoy married life, to enjoy fatherhood, before it had all fallen apart.  He was reliving his mother’s death every time he went to the hospital, staying in cold unfamiliar places in New York instead of his home in India, struggling to spend time with both his wife and his daughter in the limited time he had, and then going back to India and feeling a combination of relief and loneliness and guilt for feeling relief.

And, eventually, he stopped visiting as much.  It was easy to just sort of let them fade away, his wife who had turned into a skinny hairless weak woman in a hospital bed, and his little daughter who barely remembered him and thought her aunt and her grandparents were her real family.  It became even easier once he started to drink again.

It’s hard to know how to handle what Sanjay did to Richa.  I have sympathy for the tough place he was in, barely married when it all fell apart, with an ocean between him and his wife and daughter, and his in-laws who took control of caring for both wife and daughter. And they probably were better off with his in-laws, Richa’s sister became a second mother to Trishala, and Richa’s parents were able to be with her constantly at the best cancer center in the world.  Most importantly, Sanjay didn’t completely abandon either his wife or especially his daughter.  He still visited, and he called his daughter on the phone weekly, he was a part of her life.  Still is to this day, Trishala is there as beloved and valued part of his family, he didn’t let an ocean keep them apart. 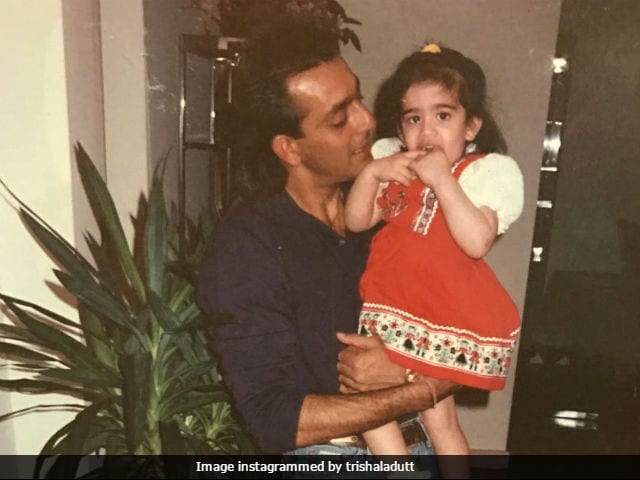 But still, the way he just passively moved more and more out of their lives during Richa’s illness, the way he let himself fall back into drinking and, eventually, womanizing once he was in India, it just feels immature.  The sort of avoidance and denial and leaving when the going gets tough and then expecting forgiveness that I would expect from a teenage boy, not a 30 year old man who had a child.  This is where I start to remember that, in many ways, Sanjay was still a teenage boy.  Alcohol had stunted him and drugs had made it worse.  This was why his family wasn’t sure about the marriage in the first place, he needed time to grow up, to finish the process of maturing that had been stopped dead by drugs back in his teens.  And at the first challenge of his married life, which to be fair was a big big challenge, the kind that anyone would find scary, he had retreated back to teenage behavior.  And to the security blanket of alcohol.

And, eventually, to the security blanket of passionate love.  While Richa was in New York, in and out of the hospital, desperately trying to get better so she could go back to her husband and their life together, Sanjay fell in love again.  With another up and coming actress, Madhuri Dixit.  They were cast together in a handful of movies in ’88 and ’89, the years Riccha first got sick, and by 1991 when they co-starred in the classic Saajan, everyone knew they were in love.  Madhuri was 24, 9 years younger than Sanjay and on the cusp of fame.  She was also a good girl from a good family.  And Sanjay was married.  While his other serious romances with Tina and Riccha had been shouted to the rooftops, this time there was no official confirmation.  A sign that Madhuri was wise enough to be careful, and even Sanjay knew he was doing something wrong this time.

But the rumors were flying, far enough to reach Sanjay’s wife in her hospital bed.  She refused to believe them, just fought harder to get better, sure that a wonderful happy life was waiting for her once she was well again.  Riccha eventually finished her course of treatment and came back to India, giving optimistic interviews about how she was looking forward to returning to her life with her beloved husband, and how she knew it was just rumors that he was romancing anyone else.  A few months later, she left India quietly and never came back.  She and Trishala stayed at her parents’ home.  Her cancer returned after she came back to New York, and after 7 painful years, she finally died in her parents’ home. She left a note behind for her daughter:

We all walk together. Each one chooses their own path. I chose mine. But I am left in a deadend street. How do I go back? Do I get another chance? Time tells all. I’ll wait even if it takes long. I know deep inside there is no way I’ll be left behind. I still have hope. My guardian angel will take me some place where my dreams will be waiting. They will welcome me in with their arms open with care.

Trishala was 8 years old by then.  She was sent back to India to live with her one surviving parent (after Sanjay sued for custody against the bitter protests of his in-laws), and got off the plane asking for pizza and McDonalds.  Sanjay sent her home again within a week.  He tried, he wanted her, but she was never going to be at home in his life in India.  And so Trishala grew up an American girl, just like her mother.

(Sunil Dutt and his American granddaughter)