Hello to all my warm readers in other places! I am having a weird day which means it is hard for me to focus and do real posts, but I can do a fake post telling you all about my weird day.

I get to work from home today, which is WEIRD and I don’t like it. One of my co-workers really loves to work from home, but I hate it. I get stir crazy, and I also feel like my home becomes my office and I never get to leave work, which is no good. The only advantage is that I don’t have to allow for commuting time, so I stayed up super late last night and slept until half an hour before I had to be “at work” and then just stumbled to the living room in my PJs and turned on the laptop.

So, it starts out okay, I turn on my work phone and pull up all my work websites and email on my laptop, even take a call and hit the ground running. And then I get a banging knock on the back door, it’s my building maintenance guy, I’m leaking into the unit below me.

He futzes around and finds two things. First, two of my radiators are leaking because there is so much hot water being pumped into them today. He fiddles with the knobs and gets that kind of fixed (although he still left something under them to catch drips). But the real problem is that my north facing windows are completely iced up, like 2 inches built up around the sill, and as that melts it is dripping on the floor and causing the leak. So all my windowsills are now lined with rags that I will have to wring out and change every few hours.

The bigger problem of course is that I AM IN MY PJs!!!!! Very very modest ones (XXXL t-shirt that is knee length on me and big baggy new cotton PJ bottoms that drag on the floor which my mother made me), but still not very classy or flattering. Or clean, they both have old bleach stains on them. 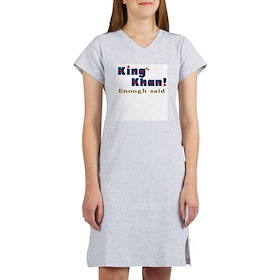 Also, the apartment is a mess. In a way that I could pick up in 45 minutes if I had to. The vacuum is out, I have to load the dishwasher, and (worst of all), the drying rack is in the middle of the living room with clothes draped all over it (the other reason I am in PJs, my clean clothes are still drying). SO EMBARRASSING!!! And if I had known the maintanance guy would be stomping around, I could have easily been wearing slightly better clothes, and just whisked away the dishes and stuff and looked like I had a nice grown up apartment. UGH!

Anyway, he left, I went back to work, I’ve been doing calls and stuff all day. And the only other weird moment was when I was chatting with someone while we waited for her computer to update and I was telling her about the weather here and I realized it is supposed to go up ONE HUNDRED DEGREES between now and Sunday. That doesn’t seem right, does it? But it is! Negative 50 today, might hit positive 50 on Sunday. Allowing for windchill and coldest possible and warmest possible and so on, but still feels wrong, doesn’t it?

Oh, and my apartment is freakishly warm. I’m on the top floor (always a plus in the winter, because heat rises), and I have radiator heat which is stupidly effective, and it’s a brick building with new well sealed windows so optimal insulation. So on the coldest day in Chicago history, I am finding myself thinking about maybe eating that ice cream I have in the fridge to cool off a bit.

PS: the title comes from a family joke. About 4 years ago when we had the same It’s Insanely Cold kind of day, there was a headline on CNN or something saying “America’s Vast Middle is Frozen”. Which made us all look down at our tummies and think “yes! My Vast Middle is frozen! How did they know? I am going to put on another sweater”. Only today my Vast Middle is not frozen, so instead of am going to put ice cream inside of it.

8 thoughts on “Report From the Vast Frozen Middle of America”