The newest Fan Trailer was launched a little bit ago, I already put up a post analysing it second by second.  But that’s only half the story, the other part is the massive, MASSIVE trailer launch.

As promoted, it took place at YRF studios.  This is the first time in ever that YRF has been open to the public.  Apparently, even actors aren’t allowed inside the gates unless they are specifically scheduled to be shooting that day.  But for this, it was opened up to the fans.  In yet another “please don’t hate me for making you all look like psychos!” move.  And also in another, “Wait, is Shahrukh trying to start his own religion now?” kind of staging.

And thanks to Times of India‘s live blog of the event, I have full details!  Here is the background of the stage, featuring hundreds of never before seen YRF owned images of SRK:

Here is his arrival:

Here is a quote from Shahrukh comparing himself to a way of life:

“I don’t know what to do about the ShahRukhiat that is ingrained in me. I can’t complain about how I have become. I’m very happy and feel blessed about it.”

Here he is pretending that he doesn’t actually control his army of followers.  But we all know the truth!  If he announced everyone was supposed to wear purple for their rest of their lives, half of the population of India would look like grapes.

And here he is launching Fan: The Video Game.  Really?  Are we just supposed to blindly buy it because it is tangentially related to an SRK product?  That may work for soundtracks-songs DVDs-comic books-posters-blu-rays-actual movie DVDs, but I draw the line at video games!  Mostly because I don’t have a video game player. 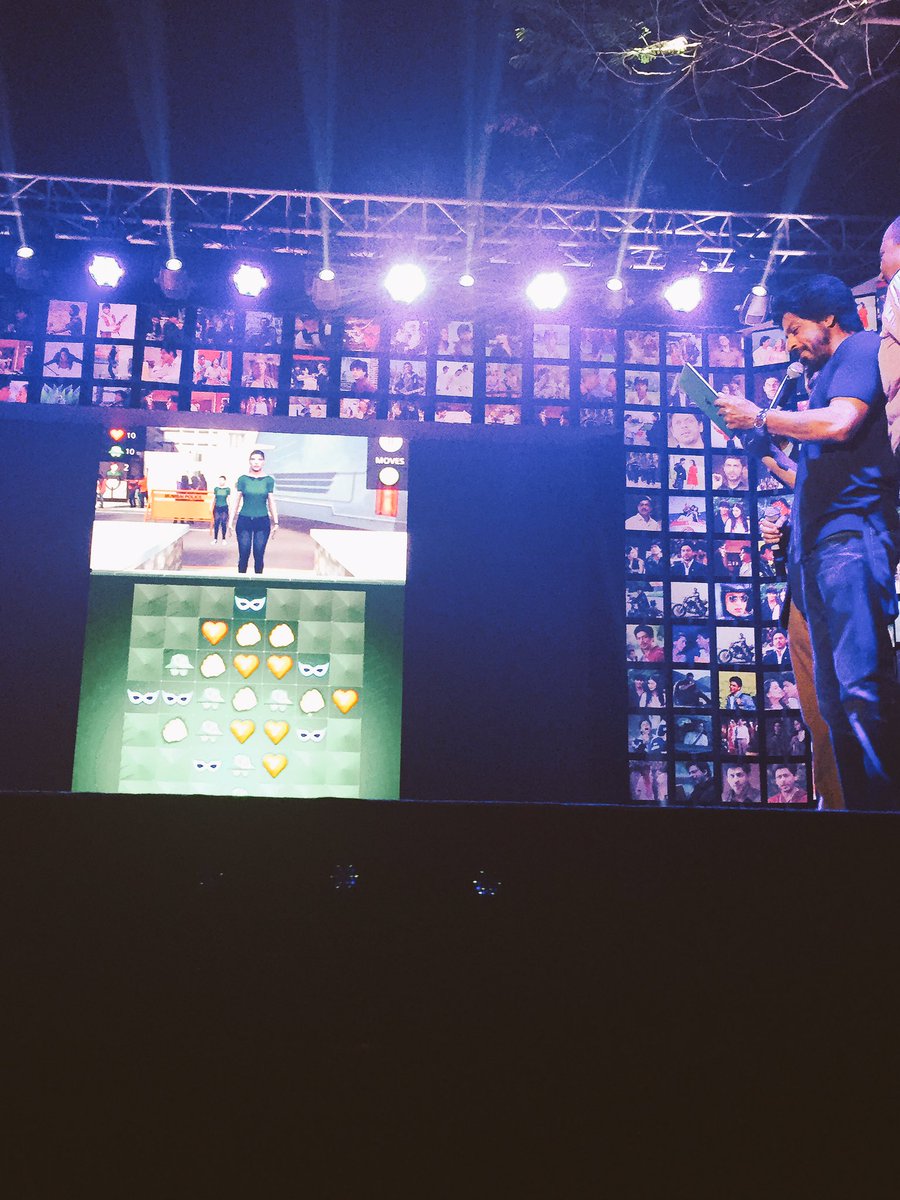