It’s a race to the middle!  And be warned, there is math involved in this calculation (blech, math!)  This is just the “editor’s choice” option, remember.  Go here to put in your vote for the readers’ choice for all 9 categories.  I’ll be tallying votes at the end of the week and putting up another series of posts for each category.

I’ve already gotten several strong nominations for this award from the comments (Baar Baar Dekho, Saala Khadoos, Mohenjo Daro, etc. etc.).  And I think that might have been the problem with 2016 on film in general, there was just too much of shooting for the middle.  The “safe” choice.

When I look at films like Dil Aashna Hai or even Aashiqui 2 (just watched it, review going up at some point), there was no shooting for the middle there.  They are just a solidly terrible films.  But they have some kind of personality to them!  I don’t feel like there is some special consultant coming in and rubbing off the rough edges or an MBA somewhere looking over their shoulder saying “save money here, not here.”

But then you’ve got the films of this year.  All of these boring middle-of-the-road films with high quality production values and big promotional budgets, but nothing really at the heart of them.  They are too good to be bad, but not good enough to be good, you know?

But which of them is the most solidly medium?  First, let us consider which mathematical measure we should be using!

If, on a graph, Neerja and Udta Punjab, and Fan are clustered at the far right for excellence, like at 10, then Fitoor and Ki & Ka and Housefull 3 are clustered together towards the left, at 0.  But what is a nice solid 5?  Not spectacularly good or spectacularly bad?  A movie that you can enjoy watching and maybe even watch multiple times, and then kind of forget about?  And what film this year was most representative of that kind of “Let’s make a nice average picture” attitude?  What was the mostest average not super excellent but not terrible film?  The least ambitious and at the same time most high quality?  The one that felt perfectly calculated to be good, but not too good?

I know I’m going to get some push back on this, but….SULTAN! 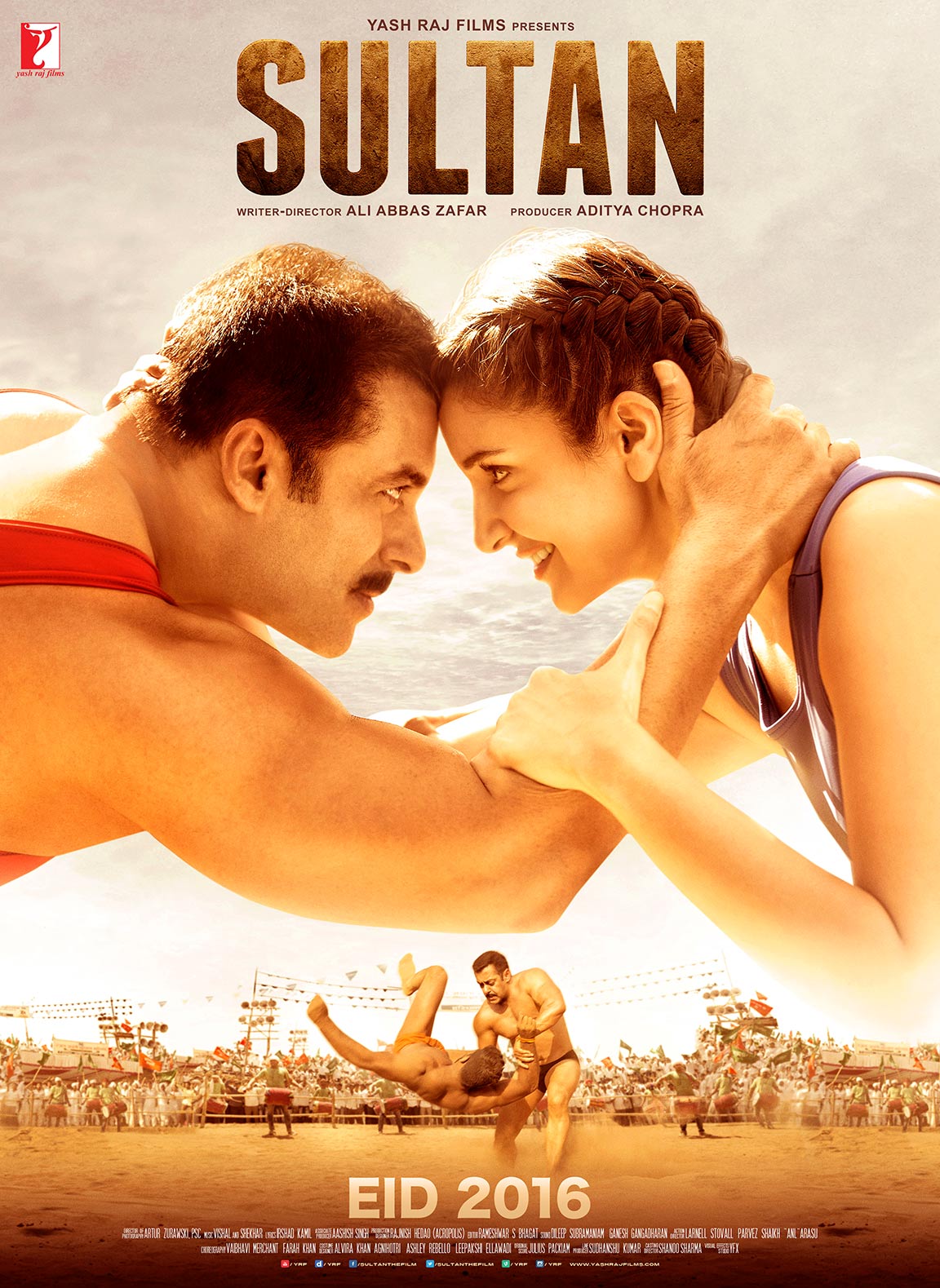 I liked the movie, I enjoyed watching it in theaters (4 times!), but re-watching it recently on DVD, it started to feel, just, uninspired.  Like they wrote out a recipe for a good movie and then came up with an idea that sort of fit that, instead of being inspired by a flash of creativity and originality.

Like the little social justice messages, and love songs, and comedy scenes were each added because the hit film formula says they should be in there.  And the strong heroine and supportive hero and everything else about it started because that’s what they thought would make it a popular movie, not because that’s how the writer was inspired when he crafted the script.

In a way, Sultan‘s complete opposite is Fan.  A movie that was entirely crafted based on creative vision, with no interest whatsoever in an audience enjoying it.  And depending on how you feel, Fan is the best movie of 2016, or the worst.  But I think we can all agree it is definitely not “middle of the road”, right?

And the fact that both films were produced by Yash Raj also tells us everything we need to know about why 2016 was like this in film.

In order for us to get that surprisingly large cluster at the 10 area of the scale, Neerja and Udta Punjab, and even Airlift was higher quality than you would expect from an Akshay Kumar film, then you need to cover your bets by clustering a whole bunch of films solidly in the middle of the scale.

In the olden days, before everyone got so corporate, you would have a scale that was heavy on the 0 end of the scale, and light on the 10, with almost nothing in the middle.  It was exciting!  Every movie would either be so-bad-it’s-funny, or so-good-it’s-good.  Speaking just for myself, I would much rather laugh through dozens of Bal Brahmacharis and Guddus and Love Love Loves and Tum Mere Hos, than try to stay interested through another year filled with Baar Baar Dekhos and Rustoms and Wazirs.  But if we had to keep one of the solid 5s of this year, Sultan is the most representative and the one I would like to keep!