Happy day after Karan Johar’s Birthday!  And 4 (5?) days after Aditya Chopra‘s.  I thought, for their birthdays, it might be interesting to talk about their respective studios, both uniquely a reflection of one man’s genius.

Usual Disclaimer: I don’t know these people in real life, I have no special knowledge, but this is kind of the common sense interpretation of well-known facts that I have put together.  It might be useful if you are new to the films or somehow missed this area.

Aditya Chopra and Karan Johar are NOT cousins.  The mistaken fact that they are is consistently repeated in all kinds of sources.  But I just read Karan’s autobiography where he talks about how lonely he was as a child, due to the lack of relatives near his own age in Bombay.  And, separately, how he kind of knew Aditya since childhood as the son of friends of his parents.

But they feel like cousins.  Because, to an outsider, their family backgrounds are so similar.  And their career path and interests are also similar.  And they are so close, so close that it feels like there must be a blood bond there, not just a friendship.

(NOT COUSINS!!!!  I don’t even know where this started, but it is everywhere on the internet now.  NOT TRUE!  NOT COUSINS!)

What’s interesting is that they are “cousins”, but tied by celluloid, not blood.  Is that too high-falutin’?  What I mean is that it is film that brings them together, film which has turned them into closer relatives than many “real” relatives.

But I am getting ahead of myself.  Back in the 1970s, two middle-aged Punjabi men named “Yash”, both with young families, both having worked in the film industry the majority of their adult life, decided to open up their own banners.  One was Dharma Films, the other was Yash Raj.  Both production ventures opened with massive all time hit films, Dostana and Daag.

Both Yashes struggled in the years that followed.  Both had kind of “day jobs” to keep them going.  While their banner was run out of tiny 5 by 5 offices, or their own living rooms, with family members to help staff it, they were making the rent money by running an import-export business (Yash Johar) or working as a director for other producers (Yash Chopra).

That working as a director for other producers is where Yash Chopra started to pull ahead of Johar.  Because it let him stay in touch with the industry, know what was happening on a day to day basis, who’s up and who’s down and what the audiences want.  And let him have easy access to potential talent for the next film for his own company.

It wasn’t just that Yash Chopra was a director, he was like “in” in the film world.  He lived in the same neighborhood as everyone else, he went to the same parties, the same restaurants, the same bars, his kids went to the same schools, everything.  Yash Raj had more hits than Dharma productions, and it made more movies over all than Dharma productions.  And most of all, people knew what Yash Raj was.  It was more than just a logo and a name, it was a certain stamp of quality.

(Unlike Yash’s work for other producers, which was sometimes TERRIBLE)

Yash Johar, meanwhile, was living in South Bombay.  He was invited to those film parties (a tribute to his niceness!  Everyone liked him, even if he wasn’t “one of us”), but it was a trip to get there, so he didn’t always go.  He had friends and family outside of the industry, from his other work or through his wife.  His son was growing up in the south Bombay world, where film was something you watched but didn’t care about.  And Dharma productions was one of many interests for him, there was no driving creative force in mind, just that he liked movies and new the business and thought that this script or that project might be good.  There were a lot of producers like Yash Johar around, a lot of businesses like Dharma.  What made Dharma stand out, just a little, was that Yash was able to maintain that “part of the crowd” mentality, even while living far away and not being really serious about his involvement.  Most of these sort of businessmen-producers were tolerated for their money, but not really enjoyed.  That’s probably the reason Dharma films was able to hang on as long as it did, with not one hit after Dostana, and still get top talent to work with them.  People liked Yash, and they knew him.

Going into the 90s, Yash Raj had some major setbacks, as well as some hits, and so had the industry as whole.  This was nothing new for Dharma, they had never done well.  And it also didn’t really effect Dharma as much when they failed.  Sure, it was depressing, but there were other outside of film business interests to pay the rent, and other outside of film friends and communities where no one would obsessively talk about the latest box office figures and pity them.

And this is where they were at when the younger generation met.  Karan Johar, raised in South Bombay, new the film world but knew the “real world” too.  Just like Dharma productions was only a half-time production house, half-time import-export office.  And there was Aditya Chopra, 100% film.  No outside interests, no outside friends, no outside anything.  Just like Yash Raj, which on paper seemed like the same kind of company as Dharma, but people in the know knew it was much more serious.

Karan was not serious about film.  He had never even considered film.  He was a South Bombay boy, they looked down on those people from Bandra.  Although he was also raised with some of them.  The Bachchans, and the Chopras, and plenty of others were family friends.  He would play with the kids at parties every few months, occasionally there would be a special outing he would go on as their special friend, but they didn’t go to school together or see each other on a daily basis.  Until he suddenly bumped into Aditya again, while they were both in college, and the two of them became obsessed with each other. In a lot of ways, Karan and Adi were drawn together because they filled each others gaps (not meant in a dirty way!).  Karan had been a shy unhappy little boy, but by college he had his crew of friends, and his cool clothes and sense of style, and he knew how to do things in the “real” world in a way that Adi didn’t.  But Adi had that deep deep understanding of film and how movies worked, and what made them work, that Karan never got growing up.  Yes, they were both insiders in the industry, but Adi was an insider-insider, on a whole other level from Karan.

And both boys, together, brought their individual banners to a new level.  Adi first.  He worked with Karan, and brought Karan on set, and together they made DDLJ, which revived the Yash Raj house style for a new age.  After that, Adi was done with the creative part of it and moved into the business side immediately.  In some ways, more Yash Johar’s son than Yash Chopra’s, happier behind a desk assisting others to complete their vision.

A “Banner” is a letterhead and a logo and a tiny office somewhere.  A “Studio” is a building and sets and staff members and departments.  Aditya Chopra, in just a few years, turned Yash Raj from just a “Banner”, one of many, into the foremost studio in India.  He built and built and built.  And one of those people he helped build was Karan Johar.

Karan never planned to carry his father’s banner forward.  At the most, he was thinking of working as a costume designer or similar for other companies.  But then Shahrukh told him he had to write a film and direct, and Shahrukh went to Yash Johar and said he would only sign for Duplicate (I told you Dharma only made flops) if he could sign for a second Dharma movie and pick his own director.  Which meant poor confused Yash Johar came home one day to talk to his son and say “Shahrukh Khan says he will only act for us if you direct his movie?  Do you know anything about this?”

(This is the kind of film Yash Johar used to crank out.  No sense of what the audience wanted, or the direction the industry was moving in)

I mentioned at the beginning that both Dharma and Yash Raj started with hits, but one hit doesn’t make a studio.  I should modify that, one hit doesn’t make a studio unless it is DDLJ or Kuch Kuch Hota Hai.  The two Yashes got a bit of a bump from their first films, and then stubbornly kept going through failure after failure, against the odds.  Their sons didn’t just get a bump, they got like a slingshot into the air to the top of a skyscraper with their first films.

And you don’t have one company without the other.  Aditya stepped up and snapped up the rights for his friend’s first film.  Yash Raj took a big risk on distributing and promoting KKHH the way it did.  And then it took those profits and used them to build the actual physical studio.  Dharma films would have been nothing without KKHH.  Even with the big names and everything else, it needed the kind of massive global distribution that Yash Raj took the lead on before it could soar. 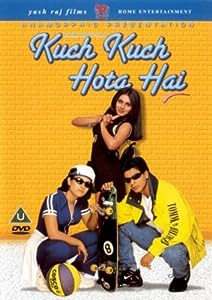 The same partnership was used for K3G which, once again, brought Dharma to massive success artistically and financially, and helped establish Yash Raj as a global dynamo.  It’s after K3G where they start to diverge.  Not to become competitors, but to pursue alternate interests.

But most of all, Dharma is all about Karan.  He personally mentors every filmmaker, every script is handpicked.  Early on, after Yash Johar died, one of the first films he chose was Kaal, a big mistake.  Ever since then, he has only picked films that resonate with his taste, so he can accurately tell whether or not they will be a hit, if they need to be changed in some way, who should best work on them.  Dharma has slowly built up one of the most distinctive “Brands” in the industry.  Good songs, relationship based plot, big stars.

(Not really a “Dharma” style movie)

Meanwhile, Yash Raj is all about the business.  Action film, romance film, Salman Khan or Shahrukh Khan, whatever is the taste of the moment, they will do it.  And do it well.  The Yash Raj house style is quality.  Big release, big budget, big promotion campaign.

Dharma and Yash Raj are in many ways “cousin” business, just like Karan and Aditya feel like cousins in real life.  They share so much, and they came from the same beginning (DDLJ, KKHH, K3G), but they aren’t actually related.  Well, not by blood.  But by celluloid, they are closer than cousin-businesses, more like brothers.

19 thoughts on “Hindi Film 101: For Aditya and Karan’s Birthday Week, A History of Yash Raj and Dharma Films!”