Welcome back to another Bahubali Theme Post!  Now that I’ve gone through the big themes I could think of (Dharma, Male and Female, the Elements), time to really dig in and look character by character.  And why not start where the films start, with Sivagami. (yes yes, I will use the character names for these posts, because it’s not about the finished film and the actor’s portrayal, so much as the characters conceived in the screenplay) (full index of all Bahubali posts, including this one, is here)

Someone in the comments for the other posts, probably Avani because she said all the smartest stuff, described Sivagami as a tragic hero, while Prabhas 1 was a hero tragic things happened to.  That is, Sivagami is a tragic hero in the classical sense, a perfect person with one great flaw which leads her to create her own doom. 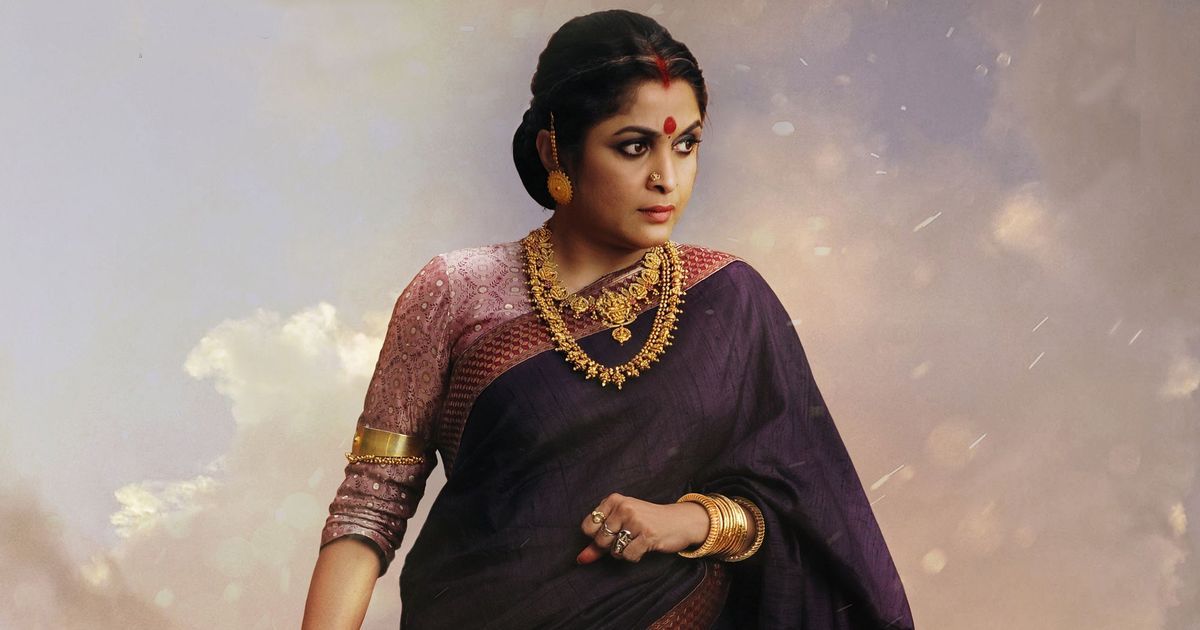 The question then is, what is Sivagami’s flaw?  Well, let’s look at her two introductions, the one at the very beginning of part 1, and the chronological one, back when Bahubali and Bhalla were babies.  The first thing that comes to mind is that they both involve Sivagami declaring something very loudly.  And both times, they are the right things.

At the beginning of part 1, Sivagami declares that baby Shivu must live, she gives orders to the God Shiva himself that he must save the baby.  And in her flashback introduction, she declares that she will not sit on the throne, that both babies have equal right to the throne and they will both be raised as heir, and then declares that she has spoken and her word is law.  Sivagami is really big on declarative sentences.

But, let’s look at everything that happened between those two statements.  And the different way they are phrased, and their different situations.  In the first scene, Sivagami is a young woman, this is possibly the first time she has aggressively taken power (remember, the king has just recently died, and Sivagami is only a member of the royal family by marriage).  Before she makes her statement, she has proved her power through the things that are around her.  Kattappa and other fighters she has paid off obey her, she is sitting on her throne as the daughter-in-law of royal family, she has the two heirs to the throne sitting on her lap, and she is nursing them, a reminder of her ultimate power to give life.  Sivagami is a fertility goddess, nestled in her temple, surrounded by worshipers. 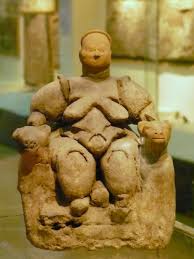 And then, 26 years later, she has been stripped of all of that.  She is in water and stone, in the wilderness.  She has no one to serve her.  She isn’t even a mother any more, she has become a grandmother, the baby is not cuddled and feeding at her breast, but crying and cold and hungry and she cannot comfort it.  All she has left is her inner steel, the determination and clarity of vision which drove her then is still driving her now.

But she still feels like she can tell people what to do!  That is her fatal flaw.  Sometimes she is right, sometimes she is wrong, but she is always so sure of herself.  She can’t seem to take a step back, once she has taken a step forward.  Which means, when her feet have been turned onto the wrong path, there is no turning back and getting on the right one.

I sympathize with Sivagami, I hate backtracking!  I routinely take much longer commutes because I can’t stand to take a train to a connecting train, even if it is faster, if it means I will have to go one station out of my way.  If I know where I want to go, I want to go there in a straight line, I don’t want to go back in order to go forward.

(See how all the trains go towards the center?  So to change lines you have to go all the way in and then out again.  Or you can take the bus which is a lot slower, but at least you don’t have to backtrack!)

And Sivagami has an added reason to keep going in a straight line.  Her only power comes from her strength of will.  She has no real right to the throne, no real right to make the decision as to the proper heir.  Even without being the official heir, her husband would be a more proper regent.  The nobles never elected her to any position, nor did the people.  She just paid off some fighters and then took the throne, and everyone agreed to it.  She has to keep moving forward, because to admit a mistake would be to admit that she might not deserve to rule, which would lead to a whole series of other questions that she can’t risk occurring.

But, right from the beginning, Sivagami is on the wrong line.  Not terribly wrong, but a little wrong.  She refuses to name an heir until the babies are grown.  A good plan, kind of.  It is asking for anarchy a little, to have no official heir named for at least 20 years.  But it would also be risky to flip a coin at this point and try to guess which will turn into the better person.  However, she could have said that she will name an heir at some unknown later date, why lock herself in to waiting until they are grown?  Or, alternatively, why not lock herself in more?  Give her some kind of deadline that the kingdom could count on instead of just waiting and waiting?

The end result is that this decision drags on and on, with both boys in limbo.  And Sivagami resists making the decision until it is almost forced upon her.  And, worse, the kingdom is weakened during this time period.  Now, Bahubali-land is definitely a strong proponent of tyrannical government.  “Tyrannical” not in a critical sense, but in a technical way, the form of government which is based on one strong central unquestioned ruler.  This is a good thing, for Bahubali-land, so long as you have the right leader.

When Sivagami started out, she was that strong central leader.  Answering questions with a knife cut, and making big declarations with nothing behind them besides personal charisma.  But something happened in the next 20 years.  We see her surrounded by advisors and sycophants.  Although she still is the main voice in decisions, it appears that the Priests, the Prime Minister, and various others, have voice in discussions too.  Not a good thing!  According to Bahubali-land theories.  And this is because Sivagami has put off her decision.  She has given up control, bit by bit, in order to keep her central place, instead of giving it up in one fell swoop by choosing an heir.  She has even started listening to her horrible husband.  Not a lot, but at least he is in the room and she isn’t completely ignoring him.

Going back to those two introductions, 26 years apart.  In the first one, Sivagami has nothing but her inner fire at the start, and by the end she has the throne, followers, and two sons.  But she got comfortable with that, comfortable having supporters around her.  She started to think she needed them, that she needed the laws and the rituals and the priests and everything else.

And that comfortable cushion, that is what leaves her open to be maneuvered onto the wrong path.  Her greatest moment of triumphs are when her back is to the wall and she has nothing left.  When she takes the throne, when she saves baby Shivu, and earlier, when she leads Mahishmati to victory in an impossible to win battle.  It is the easy times that destroy her, not the hard ones.  She needs a reminder that her inner sense is her surest guide, she needs to have everything but that inner sense taken away from her.

She also needs to learn that not everyone has the same inner sense in the same way that she does.  Sivagami is always aggressively strong.  All those declarative sentences!  But Bahubali doesn’t have to be like that.  He carries his strength differently.  Listening instead of talking.  Waiting for someone else to act before he acts himself.  Sivagami mistakes all of this for weakness, instead of a different kind of strength.

And, with her on strength muffled under layers of protections, Sivagami is slowly eased onto the wrong path.  Her internal compass is confused by emotions of wife and mother, by advisors telling him to consider the laws and the needs of the kingdom.  And, once set on that path, she has no way of going back.  It is not in her nature to admit a mistake.  When she finally does so, at the very end of the film, it almost breaks her.

So, her fatal flaw, and her greatest strength, is her confidence in her own judgements.  Her strength is turned into a flaw when her judgement is weakened and then bent in the wrong direction.  And her tragedy comes when she is made aware of her errors, and must admit her judgement was wrong, which destroys her essential sense of self.

So, what do you think?  Is this the tragic flaw or is it something else?  Or is there anything else you want to talk about or bring up with Sivagami?  This is the place!