I’m surprisingly not prepared for this one.  Shammi, him I was prepared for.  He was so sick and so old.  It was sad, but it didn’t shock me.  I don’t know why Shashi is shocking, he was old and sick as well.  I guess because he is the last of his generation.  The Kapoors are changing.

Shashi was the youngest of the 3 Kapoor brothers, the youngest by many years.  His generation was shadowed by tragedy years before he was born.  In 1931 in one week, two sons died and another (Shammi) was born.  Raj Kapoor, the oldest, lost his playmates and companions and never really became as close to his new younger brothers as he had been to the now dead brothers.

Shashi, the baby of the family, was adored and spoiled by his mother.  She used to fuss over his looks, would insist on brushing his hair on his forehead, saying that his head was so large, he needed bangs to hide the size.  There were no more sons after Shashi partly because of that large head, the birth was so traumatizing his mother could have no more children.

Shashi grew up trapped between film and stage.  His father, Prithviraj, was a movie star but that was just what he did to make money.  His true passion was Prithvi theaters, his stage company.  All three sons were raised backstage.  But Shashi had options, by the time he was 7 years old his oldest brother Raj had become a movie star, and then a producer, a powerful figure in the industry.  By the time he was a young man, his next oldest brother Shashi had followed in Raj’s footsteps, was a star in his own right.

But Shashi leaned toward the stage.  He was working as stage manager at his father’s theater when he was 18, the same as his brothers before him.  And then his life changed forever when he saw a pretty young white girl sitting in the audience.  Her friend introduced her to him after the show, asking for a tour backstage.  She was Jennifer Kendal, daughter of a stage acting family, the Kendals who traveled India putting on Shakespeare plays.  Jennifer was 4 years older than him, and the lead in her family’s shows.  She fell in love with this handsome charming young man as fast as he fell for her.  But she was only in town briefly, her family was about to leave for another tour.  So, in order to see her again, Shashi joined her family’s troupe.

All the Kapoors are endlessly romantic and dramatic, but Shashi had a different kind of love.  Shammi, Raj, Rishi, they were about the grand romantic gestures.  Shashi, he was about the real sacrifice.  He left his home and family in order to pursue his love, left his career as well, traveled the country playing second lead in a Shakespeare company until she was willing to leave with him. They were so young when they got married, both literally young, and young in their minds, both raised by close families with no experience of the world outside the theater and it’s protections.  They lived in a tiny one room apartment in a building with a shared bathroom.  Jennifer started running down the hall to be sick in the bathroom every morning, and their motherly neighbor had to explain to them that this meant she would be having a baby.

Shashi needed work, fast.  He had loved his time on stage, but he needed money now, there was going to be a baby.  He got his first film role, and then another, and another.  Somewhere in there he did his first English language movie, The Householder, and got critical acclaim and artistic enjoyment from it.  But it wouldn’t pay the rent, and Jennifer was pregnant again.  So he continued with his Hindi work.

Shashi felt so alone in this period.  His family hadn’t exactly thrown him out, but he was seen as an adult now, now that he was married, and the expectation was that he would fend for himself.  Besides, it was never a family that believed in offering help.  In admitting pride or giving approval to their children.  Years later, in her book on the Kapoors, Madhu Jain interviewed Shashi about this time in his life and he talked about how sad he was, how alone, how he was struggling by himself.  Not that he blamed his family, but it was hard for him to know that no one was behind him.

And then Madhu interviewed one of his first female co-stars, a woman who was an established star while Shashi was just starting out.  She said that before shooting started, she got a call from Raj Kapoor asking her to look out for Shashi, make sure he did well, because he was Raj’s “son” and Raj would be forever grateful for any help Shashi was given.  The sad thing is, 50 years later at the time of the book, Shashi still didn’t know this had happened.  He still thought of himself as the baby of the family, the one who was forgotten at home, the one whose mother loved him because no one else cared.

That’s what was so amazing about Shashi, he never felt worthy of love, but he loved others so much.  He worked day and night in popular Hindi films to support his wife and children, and he somehow managed to make time to support the arts scene as well, acting in and occasionally producing and funding Merchant-Ivory pictures, and eventually re-founding his father’s Prithvi theaters, funding it with his film money just as his father had.

If you watch Shashi in his popular Hindi films, he is good, he is charming, he is sweet.  He went from a young shockingly handsome sweet faced man in films like Sharmilee and Jab Jab Phool Khile, to a dashing still handsome older man with a loud Punjabi style in films like Kabhi Kabhi and Satyam Shivam Sundaram (the last done for no payment as a favor to his older brother, sacrificing for yet another person he loved).  Shashi in these movies does his work in his own quiet way, but there is never that spark of superstardom.  He feels like a steady burning candle onscreen while his brothers felt like a rocket taking off.

It’s in his art films that the real Shashi appears.  Debonair, dashing, confident, you can’t take your eyes off of him.  If Shashi had been able to do that, just that, he would be known as one of the greatest actors in the history of film, anywhere in the world.  The global audience loved him, showered awards on him.  But he turned his back on them.  He didn’t want that for himself, the acclaim or even the artistic fulfillment.  He would rather work for others, make the money that funded Prithvi theaters, that kept his family healthy and happy, that helped fund more of these artistic films that otherwise could not get funding.

Perhaps it was Shashi’s sweet nature that made him so devoted to his wife.  The only Kapoor man about whom there is not even a hint of a rumor of unfaithfulness.  He loved Jennifer to distraction and the exclusion of all other women from the moment they met until the day she died.  He never really recovered from her death.  She was only 51, and just starting up her acting career again, now that their beloved youngest daughter was out of the house.  And then she died of cancer, just as Shashi’s mother had before her.

Shashi stopped working as a leading man after Jennifer passed away.  He couldn’t, he reacted to her death by letting himself go suddenly, as though he no longer cared what he looked like, and became rapidly too obese to be considered for leading man parts.  And even in those character roles, he worked much much less.  It almost seems like he didn’t see the point of working any more.

But his children were there to take care of him.  His two oldest songs, Kunal and Karan, both briefly tried their hand at acting.  They were both stunningly handsome, the Kapoor good looks combined with blue eyes and blond hair from their mother.  But both of them eventually left acting, left the country even, moved to England.  It was his daughter, Sanjana, who stayed.  She took over the running of Prithvi theaters, turned it into a complex with a coffee shop and multiple stages.  A landmark in the Bombay art scene. 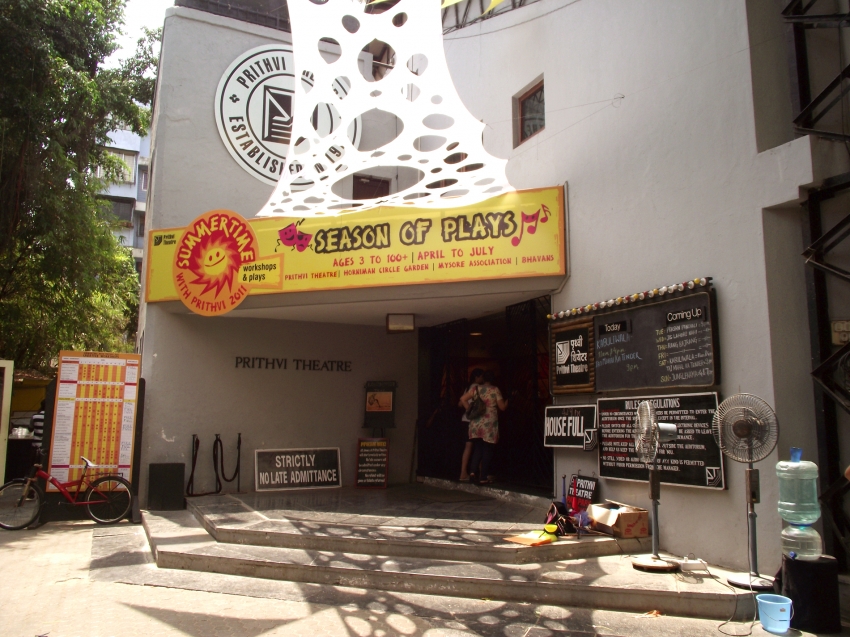 And so the forgotten youngest brother, the one who didn’t marry the right kind of girl or have the right kind of career, ended up being the one to carry on the family tradition.  Prithvi theaters is the heart and soul of the Kapoor family.

And, for the past few years, Shashi has been that heart and soul as well.  Since the death of Shammi, even earlier during Shammi’s final illness, Shashi took over the mantle of head of the family.  He represented them at weddings and funerals.  And he hosted them all at his annual Christmas lunch.

It’s a tradition Jennifer started, inviting her in-laws over for a Christmas lunch every year.  And Shashi kept it up in her memory for 33 lonely years.  Kareena, Ranbir, Karisma and her two children, every year they all come to Shashi’s house in the memory of an aunt they never even knew because it was all that this man who gave so much wanted in return. 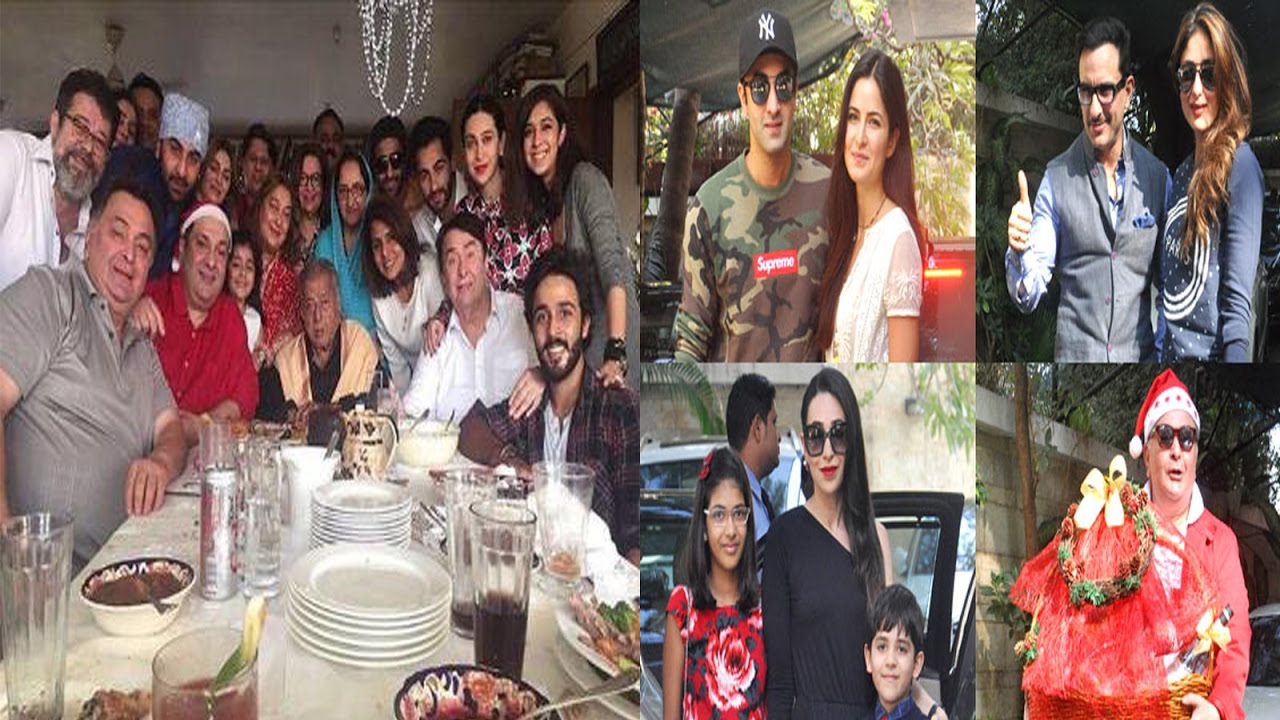 The thing about Shashi is, you can’t help loving him.  There is a kind of sweet glow around him, onscreen and off, you can sense that big lonely heart inside that just wanted to give love and feel like someone loved him in return.  So I am upset because Shashi is the last of that generation of Kapoors and now it is up to Randhir to carry the family forward.  And I am upset because Shashi is another film giant to fall.  But I am also upset because he was a nice man who loved his mother, and loved his wife, and loved his brothers, and loved his children and his grandchildren and his nieces and nephews and grandnephews and grandnieces now he is gone and it will be a very sad Christmas at the Kapoor household this year.