I got off work at 4:30 for once instead of 5, meaning I could just barely make the 5 o’clock show, meaning it was fate that I go see Carbon, since it was the only one playing at 5 o’clock.  And turns out, it’s not a great movie!  I don’t mind that I had to wait 3 months after its release to see it.

Yes yes, I will be seeing the other better movies that are out right now.  I’m trying to make this a 3 movie weekend.  But Carbon was the one playing at the perfect time yesterday, so that is the one I started with.  Plus, I’m trying to encourage the movie theater to show more Malayalam films, so I am seeing as many as I can in theaters.

Carbon wasn’t a bad movie like Aadhi was a bad movie, where it felt like it was fine for what it was and didn’t want to be better.  Carbon COULD have been better!  There were all sorts of themes in there like being happy with what you have, reality versus fantasy, caste sins from the past, life and death, nature versus urban life, and the old reliable coming of age.  But it ended up being a total mess of all of these themes combined with none of them really carrying all the way through, and nothing making sense.  Very frustrating!

Fahad Faasil did his best, sort of.  But it was one of those performances where he did an excellent job as an actor, but failed as a “star”.  He should have thrown his weight around a little, pulled this movie together, seen where it was going and tried to make a change.

And come to think of it, even as an actor he could have been better.  I wasn’t always sure what to make of him or why the other characters in the film even cared about him.  I was much more interested in Manikandan R. Achari and Chethan Jayalal playing the guides, than I was in our “hero” Fahad.  And that was primarily from the way they played the roles.  It takes me back to our skin color discussion from a few weeks back, if Manikandan and Chethan Jayalal had the pale skin looks of Fahad (not to mention his industry connections), might they be the ones playing the lead instead of relegated to supporting roles.

Although both of them ARE getting a chance to play leads and are being noticed by the industry, a sign of how progressive Kerala and Malayalam film are compared to other regions and industries.  Just, in this film, they are stuck in the supporting roles and end up giving such interesting performances that they over shadow the hero and I kind of wish the film was about them. 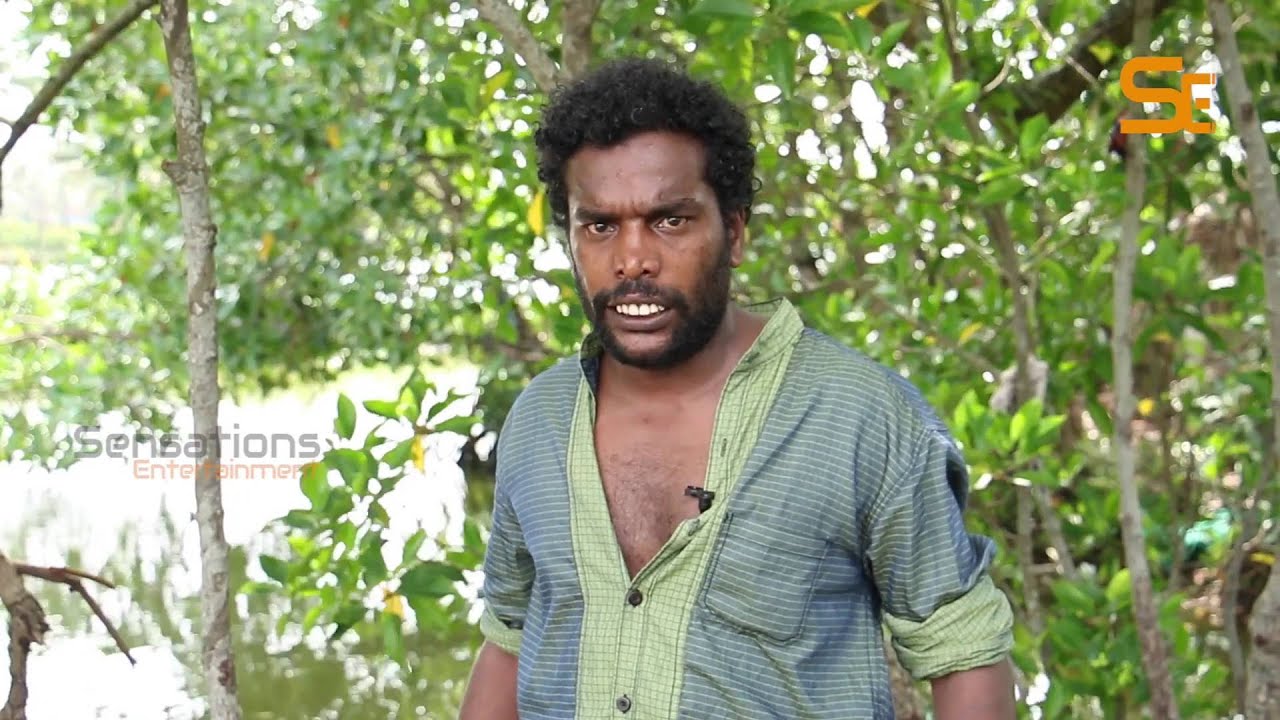 (Manikandan was SO GOOD in Kammattipaddam.  And it looks like he is getting a film built around him, playing a lower caste bandit who was a real figure?  Very excited for that)

Although, it’s not just the performances, it’s also the character dynamics that make me wish the film was about Manikandan and Chethan.  There’s this odd push-pull, several moments that acknowledge the terrible ways that Adivasi have been treated over the centuries, but ultimately it is still about wise free-thinking brave Fahad finding the treasure and getting rich instead of Manikandan and Chethan struggling out an existence.  It’s very Tensing Norgay and Edmund Hillary.

This plot is, frankly, a disaster.  We start with Fahad trying to sell a jewel to a wealthy hotel owner.  Only, it turns out he was just acting as a broker for someone else, and the other person won’t make a deal until they have a taste of cash.  Fahad doesn’t have any cash for a deposit, so the hotel owner will make the deal himself.

And then we spend a loooooooooooooong time seeing how this is how Fahad lives.  He finds these opportunities to make money, he’s smart, but they all require an initial investment that he can’t make, so they end up being taken away from him.  This section is also super poorly done in terms of giving us a sense of time.  Fahad is living away from home, then he’s living at home, then he’s living with a friend, then the friend is getting married, then the friend isn’t married yet, it’s all just wrong.

And not wrong in a “ooooo, we reject your old-fashioned views of continuity!  Everything is in a dreamlike state!” kind of way.  No, it’s wrong in a “we lost track of the script and plot and accidentally made a mistake here” way.  And not just one mistake, but many many many mistakes, over and over again.

And worst of all, none of that ends up mattering!  The end result is Fahad being desperate for money and going back to the hotel owner who offers him a job staying at a remote old house he has just bought and turning it into a luxury rental villa.  All we needed to know was that Fahad was someone whose dreams and plans never quite worked out, and this is the moment when he gave up on dreams and took the first job offered him.  All the rest of that first hour of the movie, pointless!

Fahad goes to the villa and hears the legend of the region, a king during the time of Tipu Sultan took all his wealth and 101 Adivasis and went into the jungle.  The Adivasis were killed, beheaded, and their spirits guard the treasure.  Fahad gets obsessed with this story.  And at the same time, Mamta Mohandas shows up, an adventure traveler who had stayed at the villa before.  And also Manikandan, a guide and an Adivasi who claims to know how to get to where the treasure was lost.

But see, there is so much here that feels like it should be more!  Like, the way Mamta talks about the treasure, it sounds as though maybe she has wanted to find it also and is using Fahad’s obsession to get there?  But then that never pans out, so I guess it was just a few poorly worded lines of dialogue.

(The songs are pretty, I will give them that.  Good on you Vishal Bhardwaj!)

There’s a great moment when we are first introduced to Manikandan, he comes back from a job to visit Chethan’s family and offers them beef left over from a hunt he just took tourists on.  Which they promptly throw away in the river pointing out that they are already in danger of their lives, why would the risk people finding out they are eating beef?  We also get to see how happy and confident Chethan is with his family, a smiling carefree curious boy.

There is a fascinating dynamic being set up, Manikandan being the “brave” one who risks leaving the jungle and the Adivasi community to go out into the world, the others enjoying his bravery but also being cautious, aware that even being rumored to have beef would be enough to get them killed, that they are living their lives on a knife’s blade.  And most of all, seeing how they are with each other and contrasting it with how they are in the wider world.  Manikandan is casual and blunt here, talking about his tourist clients, unlike the slight tone of friendliness and obsequiousness he has in the wider world.  And Chethan is smiling and confident and open, unlike the slight caution and silence he has with the others.  Deserved caution, we see how they make fun of his beliefs and ignore him when he talks.

And then this dynamic is never explored.  Manikandan takes Fahad and Mamta into the jungle, with Chethan along to help carry.  Manikandan and Chethan are shown to be much wiser than Fahad in jungle survival, aware of the importance of fresh water and food.  Chethan refuses to go into the forbidden area with them, which is laughed at by the “wise” non-Adivasis and then it comes out that Chethan’s father had gone in there before and ended up dead.  He is not being superstitious or foolish, it is a real fear for him which was ignored.  Manikandan, same thing, he keeps telling Fahad not to spend the night there, not to do this and not to do that, and it is all reasonable fears.

And yet none of it matters because Fahad is Edmund Hillary and Manikandan and Chethan are just Tensing Norgay.  It’s one of those times where the creator of the film is so blind to their own prejudices that they build illogic into their own movie.  Fahad is nothing, his “problems” aren’t really problems, his father didn’t die for entering the forbidden area, his family couldn’t be massacred just for eating beef, he is just a little whiney because he doesn’t want to take a real job, he wants to be rich.  But Fahad is the upper middle class “hero” so he gets to be the focus of the film.  He gets to end the film finding the treasure (despite his own stupidity that almost gets him killed over and over) and everyone else is forgotten.

(See, this is why Guppy was so great!  Chethan got to be the hero of his own story, Tovino was his equal, not his natural superior that the audience would care about more)

The treasure which was only there in the first place because a wealthy king got 101 Adivasis killed.  Which Fahad only found because Manikandan guided him to it.  And which he will share with Mamta (following his promise to her), but it never even occurs to him to share with Manikandan or Chethan.

I don’t know, maybe I am missing something.  Because Venu’s last movie, Munnariyippu, seemingly set up a simple critique of women versus men, but then questioned it.  But I don’t think I am missing anything, I don’t think there is a question in place here, at least not where I am looking for it.  Our hero overcomes his dreamy tendencies, his habit of just giving up, and is rewarded by coming out the other side with treasure.  And everyone who helped him on the way is forgotten.

9 thoughts on “Monday Malayalam (on Saturday): Carbon! Not a Great Movie”