I just spent the entire weekend with Sacred Games, first watching it and then writing about.  Which has me thinking about other options for multi-season Netflix style miniserieses that I want to see.

It’s time for another new take on Devdas!  And why not do an extremely detailed version that takes episodes and episodes to complete?

It’s set in the original era, with tons of period touches, including talk of the Indian National Congress and WWI and stuff.  And we do the Netflix adaptation thing and add in random stuff like Paro has a brother who has run off to join the Independence movement, and her best friend was in love with him and is forced to marry someone else, and Paro swears she would never give up on love like that.  Dev returns from London with ideas about revolution that he fights over with his older brother and father, Paro listens seriously though and agrees with him.  After much long looks and misunderstandings, their potential engagement falls apart, and Dev goes to the city.  He meets Chandramukhi for the first time, and we get a bunch of cool historical touches in Calcutta, telegraphs and trains and topical newspaper headlines, blah blah.  Chandramukhi has her own invented backstory and friends and stuff as well, I don’t know, an older mentor who has a long term relationship with an English army officer, blah blah, colonialism is complicated.  Dev goes back to discover Paro’s marriage is arranged, END OF SERIES 1

We come in and backstory for Paro’s in-law’s household.  A nice older guy, struggling with his children, doesn’t really want to get married again but wants a wife to help with his household.  His son wants to join the British army, he is against it, his daughter doesn’t talk to him.  And then we see that the young woman he is considering marrying is Paro.  Paro marries into the household and we see her win them over, she is kind to her older husband and understands when he says he doesn’t want a new wife, and becomes a new mother to her stepchildren and starts working with her husband and using his money to fund and become involved in the Quit India movement.  And only then do we cut back to Devdas, to discover him drunk in Calcutta with Chandramukhi, a whole different world.  He intersects with Paro again when he goes home to deal with money issues with his family, and she is concerned about his health.  We also get a chance to see that his father is dead and his brother has turned full British collaborator, and maybe something back in Calcutta about the British trying to shut down the red light district and Chandramukhi and her friends struggling.  And then Dev is found collapsed and dying. END SERIES 2

(Wouldn’t it be a lot more interesting if they were debating the historical forces ruling the country, instead of just singing a lot?)

We intercut between Paro, I don’t know, sending secret messages to the resistance or something, and making sure her stepdaughter gets to marry the man she loves instead of the guy she was engaged to as a child, and doing good interesting powerful matron stuff like that, and Chandramukhi slowly healing Dev.  And then there is a very special episode where Dev travels India with his old servant and sees all the different parts and people and learns more about how colonialism is affecting them and on and on.  Until finally all the stories come together again.  And then an episode with no Dev, just Chandramukhi getting her life together.  Her mentor has finally married her white boyfriend, and decided that the rules that separate courtesans from the rest of the world aren’t worth anything.  It inspires Chandramukhi to plan to close up, buy a house in the country, just stay long enough in the city to say good-bye to Dev.  And then, in the final episode, we see Dev, sick again, travel to die at Paro’s gate as Chandramukhi senses him die.  And we get a flash forward to see the two women live out the rest of their lives, Chandramukhi living in the village, teaching school, making friends.  And Paro being the beloved mother and grandmother to her family, and respected leader in her society.  Until it finally ends as India gets Independence in 1948 and as Chandramukhi and Paro both listen to Nehru’s speech, with their communities, they both turn and look at a photo of Dev, the person who first inspired in them a feeling for Independent India.

This is a pretty straightforward one.  Bhagat’s life was, like, super eventful!  The movies have to cut a whole bunch of stuff.  You can just start with him in college, meeting his first revolutionary group, flashing back to childhood and his uncle’s involvement in the movement, then his running away to work at a press, being arrested the first time, in jail, home again, running away again, a very angsty episode as he decides that non-violence isn’t enough, the assassination attempt, going on the run, and then slowly coming to a realization that the best way to make change is to let himself be captured, and then the final episodes inside the jail, and finally his death. 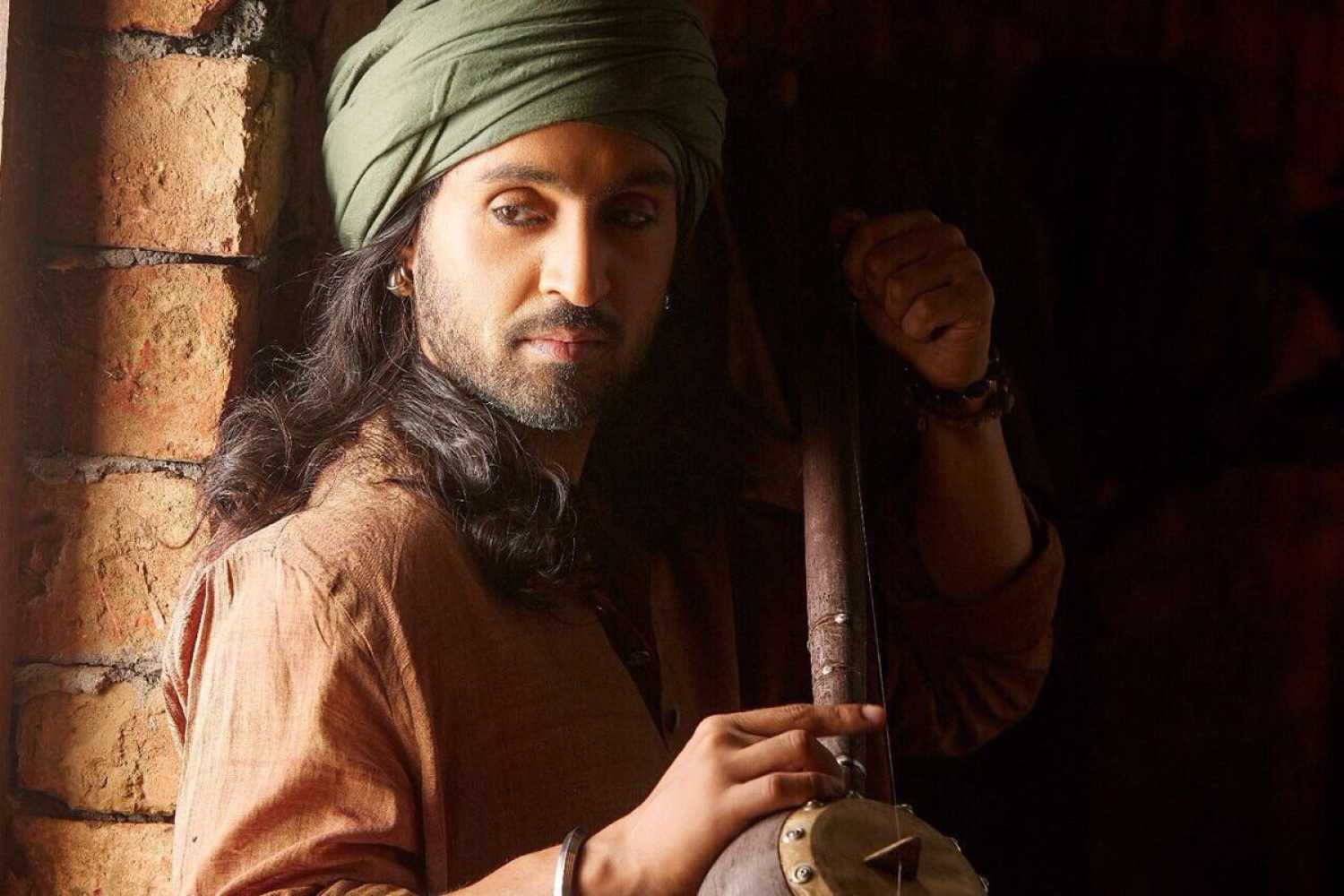 It’s like The Crown!  You could do decades at a time in multiple series and recast as you go.  Starting with Nargis as a young girl, going to school, with the early film industry running in and out of her house, until her mother tells her it is time for her to start working.  She struggles through her first movie with KA Abbas, until she sees herself on the big screen and falls in love with acting.  She learns to love acting, rises to the challenge of rude directors and her mother not respecting her opinions and slowly climbs to the top until one day the doorbell rings, and there is Raj Kapoor. END SERIES 1

Nargis and Raj are now in love and everything is perfect.  Seemingly.  The series takes us through their early romance, Nargis isn’t interested at first but is slowly won over and in love, everything is perfect.  Until she starts meeting Raj’s wife Krishna, it’s awkward until they have a semi-honest conversation and reach an agreement that Nargis will be his wife at work and Krishna will be his wife at home with the kids.  They rule the world, travel to Russia and America, and everything is perfect.  Until, slowly, Nargis starts to want more, to want children and a real marriage.  They begin to fight, and then they stop fighting because they stop talking.  At which point KA Abbas reappears and hands her a script, Mother India. END SERIES 2 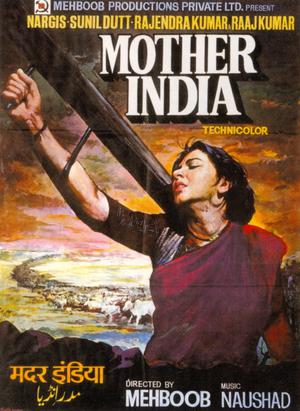 Nargis takes the job on Mother India.  Raj is still trying to call her and talk to her, but she is focused on this amazing role.  And slowly over the course of filming, she starts to notice this nice young man onset, Sunil Dutt, who makes her laugh and is kind to her.  And then drama drama drama, fire rescue, etc. etc.  Nargis and Sunil marry, after one final super dramatic confrontation with Raj, and she starts her new perfect life.

Nargis and Sunil are married and happy.  We move through their married life, Nargis finding motherhood and charity, Sunil starting his own production house, the lean years, building their preview theater, raising their children, and then the very sad final episode when Nargis is diagnosed, goes to New York for treatment, seems to get better, and then finally dies, and over the end credits we flashback to her as a little girl telling her mother she wants to do everything, be the biggest star India has ever seen, have a great love, be married, have kids, everything.

I don’t care about anything else so long as Ranbir plays Raj Kapoor.

So, what do you think?  And which one should we make, if we had all the money and power but could only make one show?

11 thoughts on “Silly Sunday: The Next Netflix Miniseries I Want to See, Devdas to Bhagat Singh to Nargis”