I already put up the no spoilers review, in case you want to watch the film fresh.  This is your SPOILER option, in case you don’t care about going in fresh and want the spoilers.  Oh, and this is also one of those reviews where I get really angry and mean.  If you enjoy it when I do that.

Whole Plot in One Paragraph:

Vijay is a corporate raider from America who flew back to Tamil Nadu to place his vote.  Only to discover his vote has been stolen.  He immediately files a law suit and proves that if you are not allowed to vote, you have the right to demand a replacement ballot.  His case inspires others to file their own cases and soon the entire election is thrown out because thousands of people were not able to vote, meaning thousands of votes were erroneous.  There will be another election in two weeks, Vijay decides to stand for office against the incumbent chief minister in his own district. And he encourages others to stand for office as well, social workers and non-professional politicians.  Meanwhile, in the romance department, Keerthy Suresh is his ex-sister-in-law, younger sister of the woman his brother married and divorced.  She still has a crush on him and her father is a minor member of the political party so she starts following him around and he maybe cares for her?  It is completely unclear and never addressed.  The big antagonist is a bit of a surprise, not the chief minister but his daughter in Canada Varalaxmi Sarathkumar who is the only one who anticipates the danger of Vijay and prepares for it.  Finally, in a last desperate attempt to stave off disaster, she kills her own father (which his complicity) in order to bring in a sympathy win for their party at the same time she is framing Vijay for corruption.  It almost works, until Vijay waits for the last moment to bring out his surprise witness, Varalaxmi’s own mother!  Who testifies to the cell phone cameras that she saw the murder, which inspires a last minute surge in voting, Vijay’s group is swept to power and in a twist ending, Vijay rejects the Chief Minister post for himself, instead choosing to be the leader of the opposition, to always question. 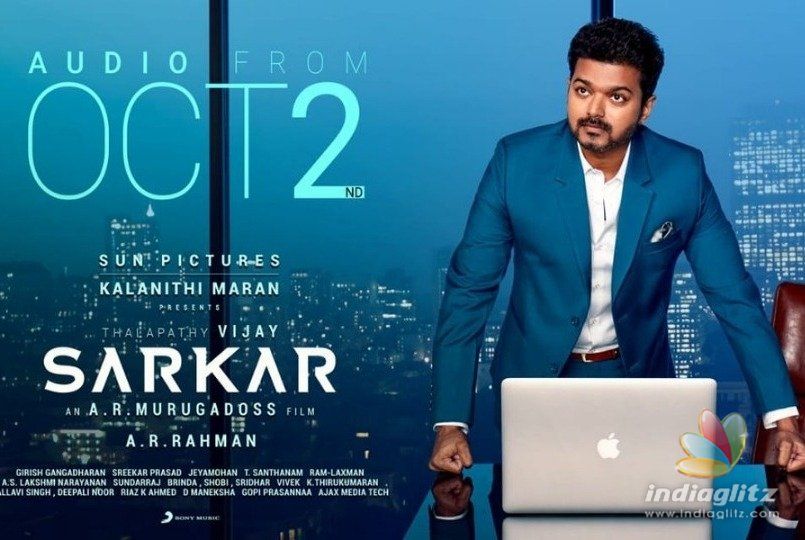 But, a userous loan rate is hardly the government’s problem!  I love big government, and I think there is a lot it can fix.  Certainly setting loan rates could be something that the government could help with, but the immediate cause is that the poor are crushed and desperate for money with no legitimate way to get it.  Now, this is less the government’s problem than VIJAY’s problem.  He is supposed to be this big “corporate monster” who fires people in the thousands.  So, maybe accept some personal responsibility for the upside down economy?  Maybe the solution to this problem isn’t to run for office but to stop your cruel business practices that lead to death for the people you have impoverished?

(He’s so cool, gambling away money that could have saved hundreds of lives in his home country.  I wish I were a rich sociopath)

The whole movie just keeps putting the responsibility anywhere but with the economy and the rich.  In a ridiculous blind way that makes me think the people who made this movie only care about the rich and not the poor.  Or else are trusting on the beaten down self-hating attitude of the poor to make sure they will still buy tickets for something that insults them.

According to this film, the problems of India are because the poor people sell their votes.  And the politicians are corrupt.  But, where is the MONEY?????  The politicians want to be elected so they can become rich, the poor people sell their votes to make money, there has to be some sort of money tree that is providing the fuel for this engine.  And that money tree would be…..VIJAY!!!!  The international corporations that pay off politicians to get laws in their favor, the politicians turn around and use that money to bribe the voters, and so the wheels keep turning.

But no no, lets not talk about that, after all the rich people are so much smarter and better than us lowly poor people, it would just be wrong to expect them to do any better.  They are already perfect, after all.  Vijay has a perfect right to have sex with white women in Las Vegas and fly in and out of his country with no notice, and never even consider putting some of his enormous wealth towards anything besides enjoyment because he knows how to use the internet and a laptop and that is the coolest best thing in the world.

And the movie ITSELF points out the problem!  And then expects us to ignore what they said.  After telling the initial story of the family incineration, the driver cynically mentions how everyone recorded a video and shared it on Whatsapp like that would do something.  And then for the rest of the film we see Vijay and his friends bravely fight for truth against the powers that be by…..posting videos on Facebook Live.  So, Whatsapp is lazy and uncaring, but Facebook Live means you are a cutting age political activist?  Is it because you can post little emoticons?  Does that make it political advocacy?  The effort it takes to put the little waving hand on the screen?

My least favorite part is the sequence that opens the film and then keeps being returned to, a bunch of young office people getting a lecture from their boss about how Vijay is this brilliant corporate monster and they should all learn from him and emulate him. So, first, once again, the bosses are putting the responsibility on the underlings, telling them “learn from this man” and then leaving the room like some substitute teacher putting on a video to kill class time.  Isn’t it the BOSSES’ responsibility to make decisions and come up with strategies?  Isn’t that, in fact, why they are the boss?  It’s the whole idea of trickle down responsibility that this film sells over and over again, politicians are corrupt because desperately poor voters sell their votes, not because rich people and politicians for a cabal that works together to keep people poor.  Those on top of the power grid should just sit back and relax and watch the little rats beneath them scurry about looking for crumbs.

Second, there’s the idea that Vijay is someone to emulate.  Why?  Because he has a little international success?  Is that how pitiful India is now, someone is hired by an American company and you all bow down and worship him?  Have some self-respect, MY GOD!!!!!  And also some judgement, maybe honor somebody who does some good in the world, gives something back, instead of someone who only takes and destroys.

And third, we keep returning to these offices as the workers there keep watching what is happening.  Because that’s all they are there for, to watch.  They don’t vote, they don’t run for office, they are the MNC employees, they are the Chosen Ones who are there to watch what happens and judge it instead of getting their hands dirty and actually involving themselves.  Vijay has a whole message about the need to get involved in elections, but it is addressed to the social workers and the poor people, no the corporate employees, they are already perfect in every way and have no need to do anything else.  This is the audience for this film, the multiplex crowd who come in and watch it and shake their heads and say “yes yes, the poor people are terrible with how they don’t vote, and yes yes the politicians are all corrupt.  I hope someday they fix all those problems, now I am going home to watch more Facebook Live videos in my air conditioned apartment built on former slums.”

Oh, also the romance is stupid.  We never return to Vijay’s brother and sister-in-law’s divorce, there is really no reason for it, they could have just as easily been still married.  And Keerthy literally just follows Vijay around.  I kept waiting for her to solve the marriage problems, or to do something underhanded on behalf of her politician father, or to just do ANYTHING at all EVER.  But no, she does her Keerthy smile which is just not that cute after spending 3 hours seeing it in Mahanati, and stumbles through her lines and is just sort of there.  I suppose if the romance had been investigated, Vijay would have had to be a normal human person, and we can’t have that.  He is an American CEO!  The New Gods of the world, let us bow down and give our lives to them.

(This is it for the romance really.)

(small political footnote:  I am aware that evil Varalaxmi Sarathkumar is supposed to be an illusion to Jayalatha, including having the same name.  And that the producers of this film are part of the DMK party.  So I am assuming the late in the film message about the importance of an opposition instead of a one party system comes from that, plus all the messages about how bad it is to have one person as the face of the party.  But the pro-corporate message, either that is something specific I don’t know about, or it’s just the general Indian low-self-esteem and self-hatred)

6 thoughts on “Tuesday Tamil: Sarkar Review (SPOILERS), Let Us All Bow Down and Worship the Rich”