Yay!  There is a real poster for Dangal!  Not just that strange Aamir coming out of the dirt thing we got months ago.  And it looks strangely Disney.  Oh, and also a trailer for Akira, which does NOT look Disney. 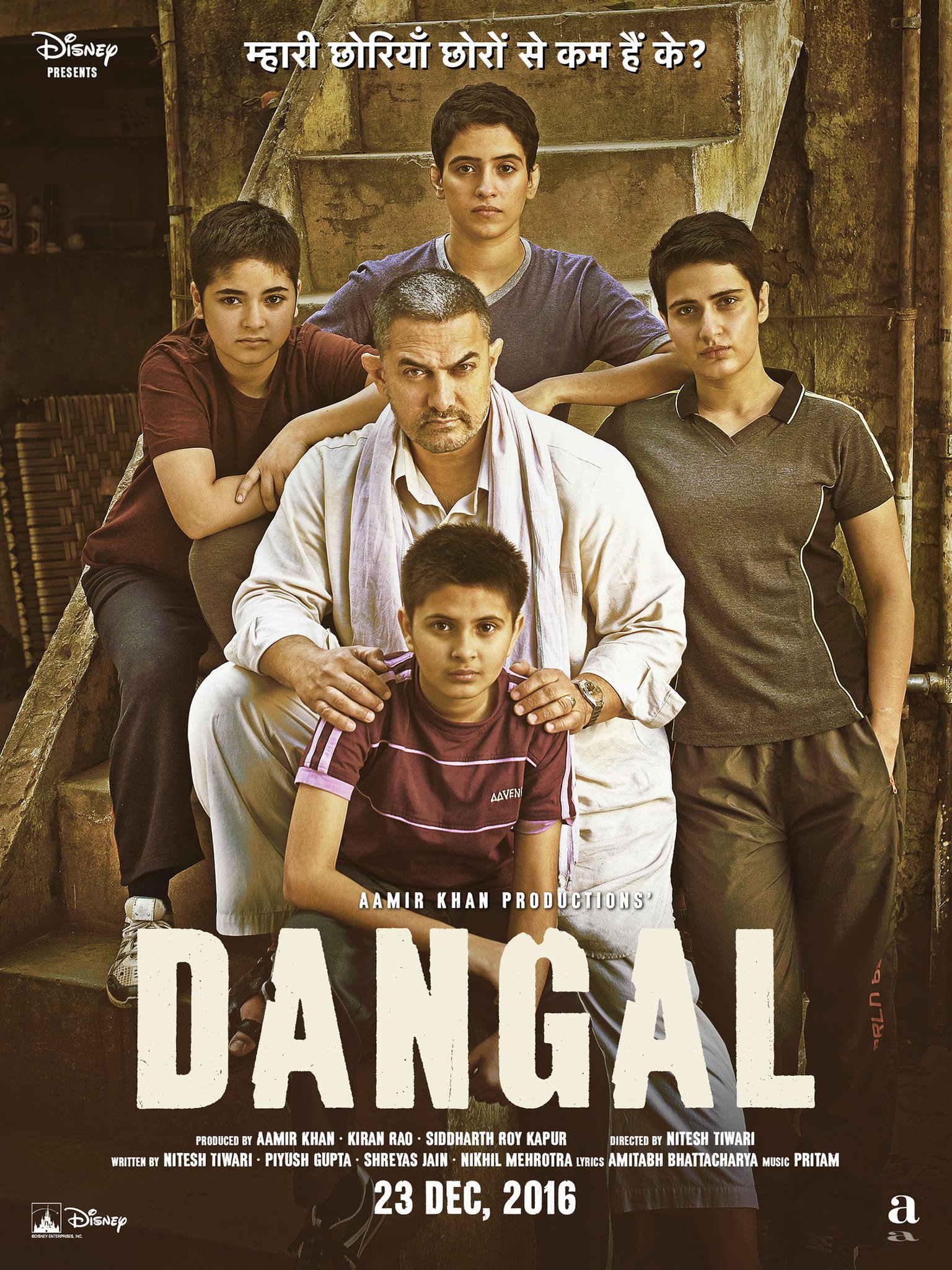 I love the short hair, the unisex outfits, and the super young faces.  And I love how Aamir is positioned in the center like he is both driving them and protecting them.  And I also kind of can see why he insisted on the weight gain for the role.  Because it is so striking how much bulkier and sturdier and stronger he looks than them.  The daughters are almost fragile looking, strong but fragile.  And then there’s Aamir in the center, solid, immoveable, the thing that will give them security in the world.

It also looks very Disney, in that the daughters are so very young.  These aren’t characters and actresses for adult women to relate to, these are ones for little girls to aspire to.  The best possible Disney princesses.

Speaking of little girl aspirations, dang!  Akira!  I LOVE it!  It’s a southern remake (by the same guy who did both versions of Ghajini, so you know he can do awesome remakes), and so far as I can tell, they just switched the genders.  So instead of the rowdy can beat up everybody college hero, and the noble cop who works to help him from the other side of the law, we’ve got the rowdy can beat up everybody college heroine (who has to fight a college gang lead by another woman!), and the noble female police officer.

And it’s not some lame fake female fighting with little kicks and slaps, this is hard core southern hero type stuff with incredibly powerful punches and kicks and taking out six guys at once and all kinds of awesome stuff!