Sorry to those of you who like deep thoughtful posts, my brain is fried and I have no thoughtfulness available too me.  Also, I have to write a church service.  Also do laundry.  It’s a busy week, no time for thought today!  So, join me in total superficiality!

Last week, Arjun Rampal announced that he and his wife are divorcing.  4 years ago when Hrithik and Suzanne divorced, Arjun was widely rumored to be the other man.  I suppose if he and Suzanne now start appearing in public together and stuff, that will be confirmed.  But let’s say those rumors aren’t true, and Arjun is re-entering the single scene as a distinguished 45 year old single father.

Who should Arjun Rampal date?

Sonakshi Sinha: No particular reason, just seems like she can do a lot better than the lame-o celebrity manager divorced serial dater and serial cheater older guy that she is currently with.  And I like the idea of Sonakshi being the cool young stepmom to Arjun’s girls.

Jacqueline Fernandez: He makes her laugh! 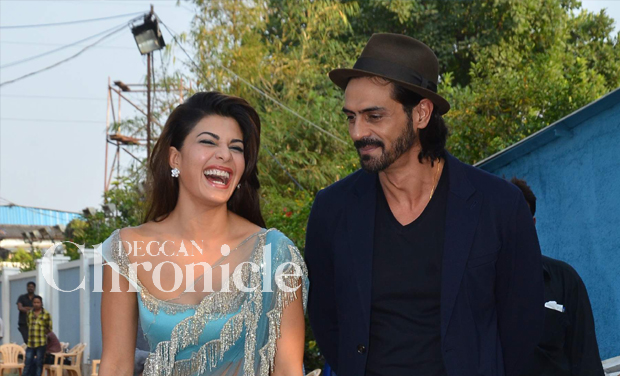 So long as we are on Arjuns, what about India’s new sweetheart, Arjun Kapoor?  He’s got all those sisters, he needs to get married and get them a “Bhabhi” to help with the responsibilities.  And you know, I think I would suggest the same list!

Sonakshi Sinha: They supposedly already dated, Sonakshi still needs to dump her loser current boyfriend, and I feel like Sonakshi would have solid advice for Jhanvi and Khushi as they navigate the world and would be able to make friends with Anshula.

Jacqueline Fernandez: The coolest Bhabhi, the kind who would help you pick out clothes and talk about boys, but also be ready with a shoulder to cry on and Sri Lankan food when you are sad.

What about the other part of the rumored Arjun Rampal love triangle?  Who should Hrithik date?

I think Hrithik needs a strong woman to take him in hand.  So here are my suggestions:

Swara Bhaskar: She’s tough, she’s outspoken, she doesn’t suffer fools lightly, she could wrench control of his career away from his father and send him on a new feminist experimental interesting direction.  Oh, and she already said in an interview that she’d like to work with him someday.

Kalki Koechlin: They already know each other from Zindagi Na Milegi Dobara, she went through her own divorce drama so they have that in common, and like Swara she could take control of his career and encourage it in a new direction.

Pooja Bhatt:  Why not?  Age appropriate (46), equally strong film family behind her, and I’d love to see what the Bhatts do with Hrithik if they took over his career.