I made a big fuss (okay, a modest fuss) about how Carol should see the Tamil version not the dubbed, and then I ended up at the dubbed.  Oh well, it was either that or wait until Saturday.  So instead I did a dubbed version at a midweek show which means I will be yawning and fussing through work tomorrow.

I went to college over what used to be a slum.  Well, not a slum, a “low income neighborhood” or an “immigrant community”.  Whatever you want to call it, it wasn’t where the “nice” people lived.  So our mayor, Mayor Daley, decided it should be changed.  The people fought back of course.  It was one of the oldest and most beloved neighborhoods of the city, it’s where Jane Addams founded Hull House and began the tradition of urban social work, the location of the Maxwell Street Market, the largest open air market in America, and it’s where the Chicago fire started.  Okay, so it’s not all good, but it is historic!  And people lived their, had families there, built lives there.  Not that it mattered.  Daley was too powerful, and he had the support of the federal government behind him.  So be took over the neighborhood and tore it down and built up highways around it and then built up my school. 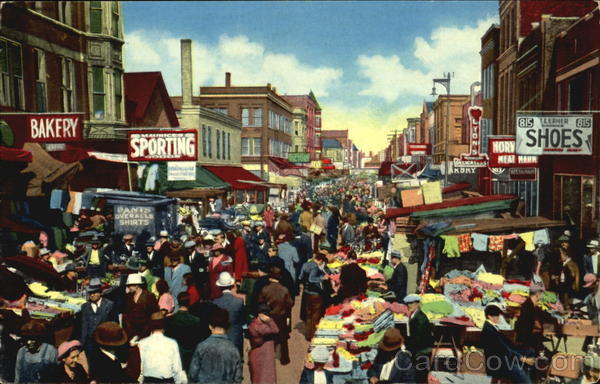 (All gone.  They put up a plaque in front of the fancy brunch place and the baby gym that is there now.  Yes, a gym for babies)

My Mom went to grad school there a few years after it was founded, and she vividly remembers how depressing it was.  It was like going to school in a fortress, there was not one tree or one blade of grass on campus, it was all concrete, like they were trying to lock down and suffocate even the memory of what used to be on that land.  All the buildings were concrete as well, with little slit windows that didn’t open and you couldn’t see out of.  And around the campus (which covered 4 blocks with no inner roadways, no way to get in or out) was a massive wall.  It was horrible.  But by the time I started, it wasn’t so bad.  The thing is, as Jurassic Park taught us, “life finds a way”.  There were trees and grass, they’d ripped up the concrete to let them out.  They’d torn out some of the windows and put in bright glass walls.  And they’d taken down the wall, the whole school was now open to the city.  Most of all, the people were back.  The same immigrants and struggling working class folks who used to live in that neighborhood were now back as students.  In most classrooms, I was the only person there whose parents were born in America, including the teacher.  And I was the only person there who actually lived on campus and had the “college experience” instead of living at home and commuting so they could still help out the family.  And there was no one (myself included) who was working less than 20 hours a week on top of classes.  Mayor Daley tried to keep them out, but there were too many of them.  The people took back their land, just in a different way.

That sounds like a personal story with no connection to this film.  But the point of this film is that it is all of our stories.  This isn’t a movie about the Dharavi slum, this is a movie about any time and any place where control for land is fought between the people living there and the ones who want power over it.  It is beyond nation, religion, ethnicity, beyond anything else.  And when it is tried to be turned into that, that is when the people lose and those in power win.  Because those in power win by making those below them believe something is complicated when it is simple, something is specific when it is universal.  People want a place to live, deserve a place to live as a human right.  And they deserve to live as a human right.  The problem of “over-population” shouldn’t be solved by getting rid of all the people, and India (or anywhere else) can’t be cleaned and made “pure” simply by removing all the people who are in the way of it.  India IS it’s people, everywhere is it’s people, you can’t take them out without taking away everything that makes a place a place.

This is the big theme the movie is struggling with.  And I appreciate that theme, it is a timely one.  More and more I am reading the “Swach Bharat” stories and thinking “is this clean India, or is this empty India?”  Installing toilets-good! Shaming people for public defecation-bad!  You understand the difference?  One of them is saying that “the problem is the spread of disease through bodily fluids on the streets and we want to keep our people healthy”, the other is saying “the problem is the people, if we just got rid of them, the empty land would look so beautiful”.

(Ha-ha, make fun of the people)

It also addresses how all this high minded talk, especially talk that combines Hinduism and Progress, is hiding base simple motives.  Nana Patekar in this film is not a wild-eyed radical Hindu.  He is a Hindu, he picks and chooses the philosophy that matches his own, choosing to see himself as a “Ram” and choosing to see “Ram” as “born to rule” rather than “born to serve the people” (which is what I get from Ram’s story and why I respect it), but his religion is merely a convenience.  His true goal is control, power, respect.  Talk of “clean” and talk of religion is a good way to get that, so he uses it.  I’m delighted to see a film that so clearly sees through how these empty words can be twisted to create whatever situation might be useful for the ruling party.

That’s the good.  The essential concept of the film, people versus progress, versus a “Pure” India without all these folks in it.  But there is (unfortunately) a lot of bad along with it.

Rajinikanth is okay, it’s a similar performance to Kabali.  Or Baasha.  Or, I am sure, any number of other films of his I haven’t seen.  Easwari Rao is brilliant, it is (I hope) a break out performance for her.  Huma Qureshi is disappointing.  Her performance isn’t very interesting, but then on the other hand her character is ridiculous and illogical and also very very stupid.  The required foil to the hero who is goodhearted but foolish.  Nana Patekar is good as well, but doesn’t even show up until intermission and mostly has long speeches, we never get a clear sense of him besides just “villain who craves power”.  And as for the rest, they are interesting actors who disappear into the roles, but unfortunately the roles don’t give them much to work with. 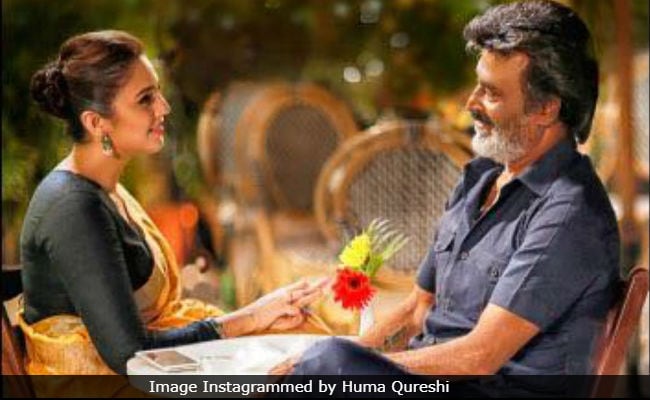 (For one thing, her character was supposed to be at least a teenager during the emergency.  And she currently has a teenage daughter.  So that would make her 58 having given birth at 44.  Okay, maybe believable barely, but still very very odd)

The script is just not all there.  There’s too many ideas, too many plot changes, too much happening all at once.  It wants to be Kabali, a complicated political plot balanced by a personal story.  But it doesn’t work, the personal story feels fake and forced.  And the political plot is too convoluted, too many big final fights that end up not being the big final fight after all, too many characters to keep track of, too many shifting loyalties, it’s all just too much.  It needs to be simply Nana versus Rajini, but they can’t break it down to that, because then they would have too little plot instead.

Any narrative needs a true conflict, needs a possibility of loss.  And in this film, Rajini can never lose.  So where is the conflict?  There isn’t one.  Instead, there is just a series of different ways in which Rajini is attacked and defeats his enemies.

Part of this is thematic.  Going back to my college example, the people will always break through.  Rajini represents the people, so he can never really be defeated, he will always appear again.  But there would be a way to make this film which makes that appear a little more in question at some point. 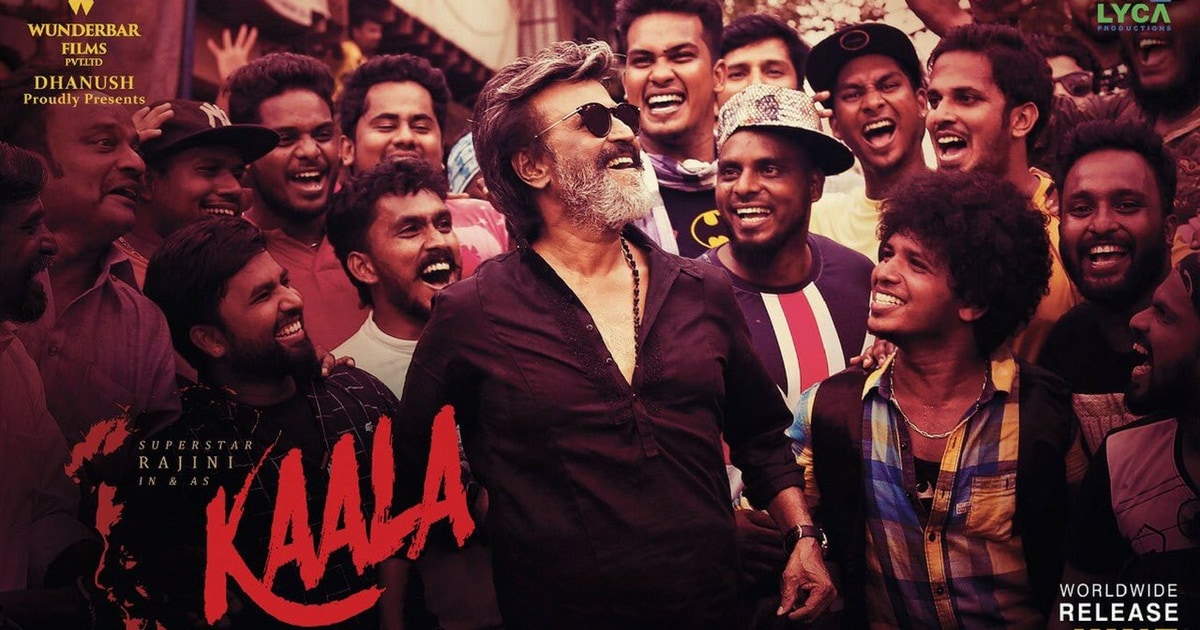 Without that, we are left with a series of incidents and characters that never seem fully connected into a whole.  A series of Tamil rap songs that are dropped in at random moments.  A predictably good performance from Rajini and Nana, and an unpredictably good performance from Easwari Rao, and a surprisingly bad one from Huma Qureshi.  And a really really good message about looking to the greater good for the most people over what just appears good.

5 thoughts on “Thursday Tamil: Kaala Review (No Spoilers), People Are Not Unhygenic”