We get so much joy out of Kerala films, we really should give more back to those whose culture and society has helped create them.

There is massive flooding in Kerala right now.  But, there is always a silver lining to these stories.  In this case, it is that (as always) the movie stars have stepped up and donated money.

I’m not saying they couldn’t have given more or done more.  And that others aren’t giving more.  But if you look at all the wealthy and powerful people in India, it is usually the film community, as a whole, that gives the most back.

Prabhas has donated 1 crore to the relief fund

Ramcharan and his wife combined to donate 1.8 crore

All money collected from the first day shows of Geetha Govindam in Kerala will be donated to the relief fund.

These are just the donations we know about.  It is common in these situations for actors and others to donate massive amounts and not talk about it.  John Abraham, for instance, issued a heartfelt tweet encouraging donations.  I am going to assume that he himself also made a generous donation without feeling the need to talk about it.

Extremely disturbed by what is happening in Kerala. My fondest childhood memories have been there. Please come forward and donate to the chief minister's fund. https://t.co/SzIywiupqA

Nivin Pauly went directly to using twitter in order to find and coordinate relief efforts, no talk of financial donation.

Siddharth, who personally coordinated and was active in relief efforts for the Tamil Nadu floods a few years back, took a more political angle.

The situation in #Kerala is said to be serious under the onslaught of the flood and rain. The national spotlight must be focused more on it. Relief and support is needed immediately. Make the sufficient noise. Please. #Media #KeralaFloods

I know my Indian readers might be reading this going “yeah?  So what?  Isn’t this what everyone does?”  But no!  It’s really not!  I can’t imagine hearing about a Hollywood actor coordinating relief efforts during a mudslide or a wildfire in LA. I certainly can’t imagine a Hollywood producer donating the box office from opening day to disaster relief efforts.  This kind of understanding between audience and star, and fan and star, is simply unheard of in other places in the world.  And it is a remarkable and admirable thing.  Something that you who are Indian should be proud of, and something that makes me proud to be a fan of Indian movies. 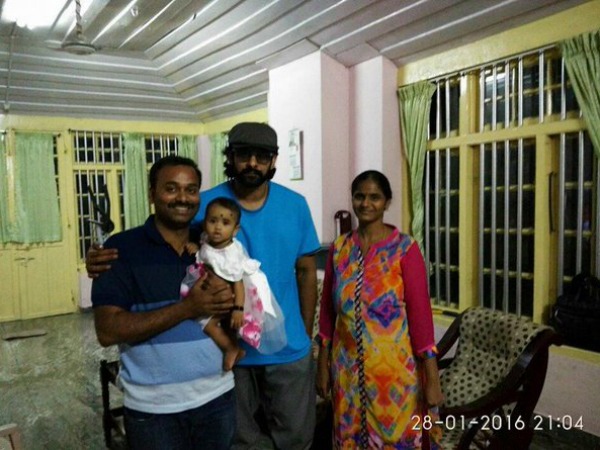 (Prabhas visiting the house of some of his Kerala fans while filming Bahubali 2 there.  Apparently he didn’t forget them)

Now, if you want to be like the movie stars and donate to these relief efforts, here is how you can do it:

The problem is, that donation link doesn’t seem to work well for international donations.  This one is not as good, it is from a 3rd party that takes a percentage of the donation, but at least international donors seem to be allowed:

And here’s a nice song to remind us of all the good things of Kerala.