Sharmila was 13 at her debut, so she will have 13 reasons I love her!  And one more than Dharmendra, to make up for going after him. (this is an updated and reposted post from last year)

1.1. Yes, a debut at age 13!  In a Satyajit Ray picture no less, the second Apu movie.  You played Apu’s young wife.  Supposedly Ray was excited about the idea of casting Rabindrinath Tagore’s real life niece, but nervous about her age and and inexperience.  And then she was just luminous.

2. I love you because you didn’t let a fancy Bengali art film debut hold you back, you made the jump to Hindi films a few years later, age 20, with a big blockbuster crowd pleasing Shammi Kapoor release.

3. And then you jumped right into Yash Chopra’s first real “Yash Chopra” film, the first of the movies he would keep making for years and years, including the terrible terrible film that later launched your son. 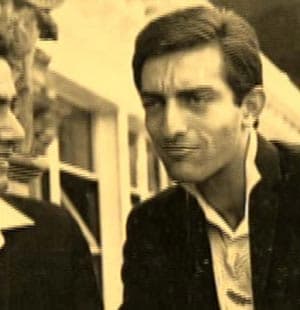 6. I love you because one of the commentators on some post said that rumor had it back in the day, Tiger used to hit sixers into your lap in the stands during Cricket matches, which is just about the most dashing and romantic thing I have ever heard in my life.

7. I love you because post-marriage your career continued without a hiccup.  Even post-children, you kept your Bombay apartment and your thriving movie career.  It wasn’t until after your 3rd child, and your late 30s, that you stopped cranking out the fun sexy clever heroine roles.

8. Speaking of kids, I love you because you gave us Saif,

(I will never not use an excuse to post this video)

(This movie now available on Netflix!)

And I suppose, through marriage, you can also take some credit for Amrita,

9. I love you because even post “retirement”, you still kept working, you just slowed down a little.  Everything from Bengali art films to mainstream Hindi hits all the way from your 40s through today.

10.  I love you because you graciously straddle the social scenes of political Delhi and filmi Bombay, while still remaining tied to your home-by-marriage, the tiny area of Pataudi.

11. I love you because you are still stunningly beautiful and light up the screen even in small roles such as Aamir’s grandmother in Mann, or Saif’s mother in Eklavya (how you somehow aged down from a grandmother to a mother in 7 years, I do not know)

12. I love you because you solved the casting problem that has bothered me for years, suggesting Ranbir and Alia to play you and Tiger in a biopic.  Which is kind of perfect!

13.  And finally, I love you because this is the biggest thing you did in your career so far as Indian history is concerned, and you OWN it!  Most recently saying, “My claim to fame was that I wore a bikini, I thought I was young and looked very nice.”

2 thoughts on “Happy Birthday Sharmila! A Baker’s Dozen of Reasons I Love You!”