I was going to do a “100 years of history in 10” list, and then I realized there AREN’T actually 10 jodis of equal level.  So I am just going to introduce you to the really really big ones and without worrying about how many I include or putting them in order or anything.

The greatest Jodi of all time!  A classic partnership on and off screen, creative equals in every way, and a special kind of magic together that could never be replicated.

Barsaat (1949): A whole film about Raj and Nargis and their passionate love!  Which also gave us the immortal image that inspired the RK Studio’s logo.

Awara (1951): So intense!  So connected!  So powerful!  You can see why this is the movie that brought them to the attention of the world.

Shree 420 (1955): Later in their romance.  The passion was still there, but more sweet and low simmering than a burning flaming fire.

Chori Chori (1956): A remake of It Happened One Night, not directed by Raj, their chemistry was still there even though in real life their relationship was falling apart.

One of the most controversial jodis.  Were they lovers?  Were they not lovers?  It is unclear.  Definitely they had smoldering chemistry onscreen, Rekha’s transgressive sexuality mixing with Amitabh’s transgressive violence perfectly. (more info on them on this post here)

Namak Haaram (1973): They didn’t make much impact together in this film.  Rekha was still a little chubby and unformed in her style.  And Amitabh was still skinny and tentative.

Do Anjaane (1976): the birth of Rekha and Amitabh as we know them now!  Amitabh was post-Deewar, had hit his brilliant stride.  And Rekha, with his influence, became sleek and focused and controlled.

Muqaddar Ka Sikander (1978): The perfect Rekha-Amitabh film.  She is a fallen woman, he is a troubled man, together they build a tragic love together.

Silsila (1981): The blow out picture!  the lastest of the last films together.  In which they play out their rumored affair onscreen, Rekha as the other woman, Jaya as the wife, and Amitabh caught in between.

The current ruling Jodi.  Sort of.  Everyone is still more excited about them together than any other couple.  But not as excited as they were 10 or 15 years ago.  So kind of the ruling Interim jodi, while we wait for another better younger one to come along.

Baazigar: Similar to Aag, Kajol was one of multiple heroines.  But her chemistry with Shahrukh easily over-shadowed his with Shilpa Shetty.

Dilwale Dulhania Le Jayenge: Baazigar and Karan-Arjun came out on the heels of each other, this was the first film that was cast once the industry knew how magical they were together.

Kuch Kuch Hota Hai: SRKajol have really done very few films together.  I already mentioned DDLJ, so now for Most Famous, I am left with Kuch Kuch Hota Hai.  Kabhi Khushi Kabhi Gham was arguably more successful, but it was also more of a multi-starrer.

Dilwale: Okay, so it wasn’t the best film.  But there was still some sweet sweet SRKajol moments in there.  And some of it felt like a tribute to their whole life history of films together. 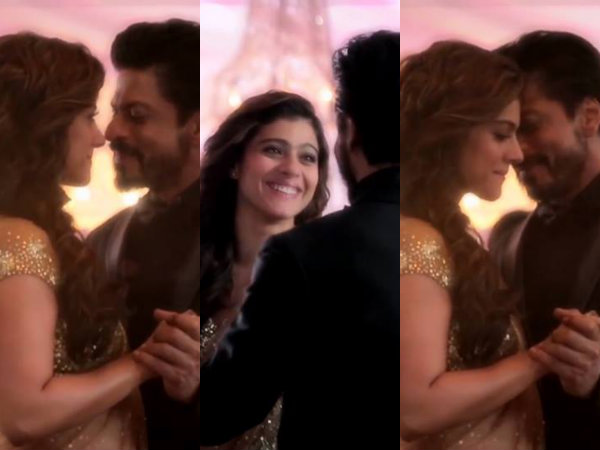 Just realized, the first of these Jodis that turned into a happy marriage in real life!  Well, happy so far as we can tell.

Tum Haseen Main Jawan (1970): A fairly unremarkable film, Dharmendra was a young officer and Hema his true love, Pran was the villain, and so on and so forth.

Seeta Aur Geeta (1972): hard to decide what to put here.  But I am going with this one.  The plot really only works if you believe Hema and Dharmendra as both friends and equals (in her “Geeta” version) and lovers (in her “Seeta” version).

Most Famous Film Together

Sholay (1975):  Another hard one!  Sholay is so much bigger than the some of its parts, but on the other hand the Dharmendra-Hema romance, just on its own, is the best they have ever been together.

(The shooting lesson alone would make it their top film, but then you add on the “sooooo-i-cide” scene and “Jab Tak Hain Jaan” and everything else, and it easily soars to the top)

Tell Me O Khuda: Made to help out the career of their daughter Esha, Hemaji and Dharmendra came together one last time.  Well, last time so far.  Who knows, maybe 20 years from now they will come together to launch their grandchildren.

The first of these to end not with a bang but a whimper.  There was no love affair that went sour or anything like that.  They just got sick of each other, after working together in 6 movies in 9 years.  Aamir played a practical joke on set, Juhi did not find it funny, they stopped working together.  They made up 10 years later, but it is very unlikely that they will work together again considering the different direction their careers have gone in.  Although it would be awesome if they did!

Qayamat Se Qayamat Tak (1988): Swoony young love and a swoony young couple that all of India fell in love with and wanted to see over and over again.

Most Famous Movie Together

Tum Mere Ho (1990): Their most famous movie is obviously their first film, nothing else even comes close to QSQT.  So I am going to take this opportunity to talk about the best bad/good movie they made together.  Watch it with a group of friends and be prepared to laugh!

(Or just watch this.  And as always, WARNING: You will fall in love with Kanan Gill!)

Ishq (1997): Also a good/bad movie!  Any other couple, this would be the worst movie they were in together.  But it’s Juhi and Aamir and the competition is just too fierce.  It’s not a really remarkable movie, like I said, an end with a whimper not a bang.

Who did I forget?  Who did I include that doesn’t belong?  Is there a “famous film” choice you would dispute?  And, most importantly, which is your favorite?