This was a really close one, between Sulu/Vidya Balan in Tumhari Sulu and Dev/Akshaye Khanna in Ittefaq.  Vidya won by just a little bit, but mostly because she was the title cahrater and got a little more time onscreen.  This is just my choice, if you want to vote for yourself, go here and place your vote in the comments.

My rule this year was, what character was so fascinating, I would happy just watch 3 hours of them going about their daily routine?  And definitely Dev and Sulu!  Heck, that was essentially what we saw in their respective movies.  There was a loose plot around it, but it was also a lot of shelling peas and having tea with the wife.

A lot of that was due to the performances.  But it wasn’t Akshaye Khanna and Vidya Balan alone making the characters amusing to watch, it was a good character who was more fully brought to life by a brilliant actor.  The character was already there, the acting just made it soar.

The acting was the most important ingredient, but there is also directing, costume, make-up, co-stars, everything goes into building a character.  Dev’s bald head and plain button shirts, Sulu’s colorful saris, it all helped in making them vivid characters.  Mandira Bedi as Dev’s calm wife, Manav Kaul as Sulu’s loving husband.  And finally, the story which is being told about and around them. 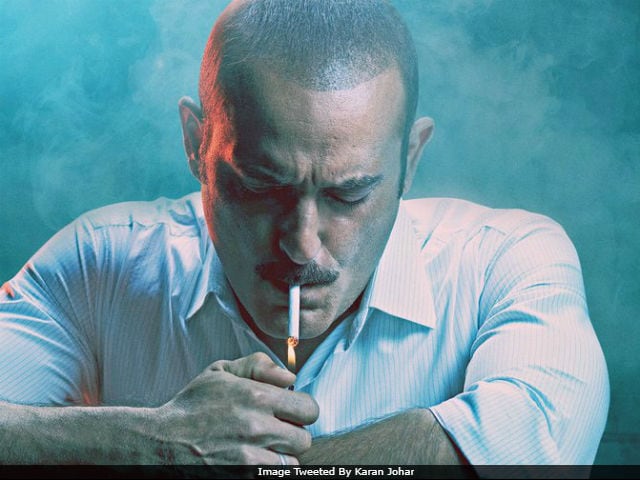 It is the story that gives Sulu and Vidya the edge.  Akshaye as Dev was brilliant and wonderful and fun to watch.  But it wasn’t “his” story.  It was a story equally about all 3 leads, Sonakshi and Sidharth and Akshaye.  Which is part of why it was such a well made and interesting film, seeing this balance of 3.  Vidya as Sulu, it really was all about her.  Which isn’t to say the other characters were bad, every person in that movie felt like a real person with their own interesting stories we just didn’t happen to be seeing.  But in this sea of good characters, Sulu stood out.  And the film, properly, focused on her as the most interesting and most important one.

There are so many things that make Sulu fascinating!  That she is a housewife who dreams of working.  That she enjoys a rich and satisfying sex life with her husband, and is ready to take the initiative in it.  That she failed in school and married young, but it doesn’t mean she has no worthwhile skills.  Most of all, that she will keep trying and keep moving forward until she reaches her goal, no matter what it is.

A phrase we use in our family sometimes is “late bloomer”.  Maybe you weren’t an immediate success, you didn’t go smoothly and rapidly up the ladder, but you got there eventually.  You just had to be patient, and the people in your life had to be patient, while you waited for it to happen.  That is Sulu’s story, and it’s a common story in real life but an uncommon one on film.  At least, uncommon for women.

We see all the time the hero who can’t find himself, who drinks and spends time with friends and so on until a challenge comes his way.  VIP, Chennai Express, Kick, all kinds of movies.  But we don’t often see it with the heroine.  She is there to get married, and then her life kind of stops.  She has found her destiny and her place in the world and all of that, it is to be a wife and mother.

(Remember how Salman called Sonakshi an “artist” before marriage for all the beautiful things she did with her pottery?  And then after marriage, that never comes up again)

Sulu can be a loving wife and mother, and work.  She can find a fulfillment and purpose in work that wasn’t there even in her very happy marriage.  And most importantly, she can provide a service to the world that is needed, she can work not just for her own personal satisfaction but because it is something that can help others.

All of this makes her a really good character.  But not necessarily different from other women in that minuscule subset of films “housewife finds herself”, How Old Are You and English/Vinglish and a tiny number of others.  What makes this character extra different is that she finds her way to help others by simply doing more of what she is already doing.  She doesn’t have to change herself, just expand where and how she is working.

I really like both How Old are You? and English/Vinglish, but they are both stories of our heroine changing themselves into a slightly different person and then changing their lives.  In this film, Vidya is a warm loving sexy woman, who knows how to make everyone feel better, whether it is her husband or her son or her father or her sisters.  She knows what they want to hear her say, how to make them smile, when they are feeling down, when they are happy and want to share their joy, all of that.  And all she needs to do is find a way to bring these skills she already has to the wider world and give them value.

That’s what makes her a remarkable character.  She doesn’t change as the film goes on, we simply see different parts of her that were already there and never had a chance to shine before.  The laughing happy loving wife and mother we see at the beginning.  But the determined woman who smilingly asks for a job over and over, the woman who refuses to feel guilty for working, the woman who resigns her job with tears in her eyes, that is all parts of her that the audience didn’t know were there, but she did.  She starts the film wanting a job, wanting to do something, because she knows she has something to offer.  And the rest of the film is just everyone else in her life discovering how true that is.