So many news items about upcoming movies!  Mostly how they are being released early, or released late, or starting filming.  Just a lot of date talk, really.  Which isn’t very interesting on the surface, but is super super interesting when you dig in and think about what those dates mean.  And this is just part one, I am breaking it into two parts so we can more easily keep comments focused.  Part two here

Milan Talkies is Back Thanks to Ali Fazal

This is just an interesting case study in how film development works.  Tigmanshu Dhulia first announced Milan Talkies back in 2012.  At that time, Imraan Khan and Priyanka were rumored to be the leads.  But then Imraan lost interest, or else was dropped after Katti-Batti failed, and Priyanka went to America.  So the new cast briefly considered was Ayushmann Khurranna and/or Aditya Roy Kapur opposite Shraddha.  But then OK Jaanu flopped and/or they lost interest and that cast died.  But now, 5 years later, Ali Fazal (fresh off his crossover buzz in Victoria and Abdul combined with a surprise minor hit in Happy Bhaag Jayegi) is interested in the script and therefore the project is back on.

I find this whole thing lowkey fascinating.  First and most importantly, Tigmanshu Dhulia hasn’t been twiddling his thumbs this whole time, he’s made other movies while this was on the backburner.  That’s what a savvy producer/director does, they have multiple projects and they wait until the star gives the greenlight to start devoting all their time to any one.

And secondly, this kind of unofficial back and forth on casting is exactly the thing that actors fear when they have flops.  I won’t lose the films that were already locked in, and you won’t lose money because of how the pay scale works, but you will lose out on the promising scripts that you were unofficially in the running for.  And the flipside, this is the benefit of having some minor buzz around your name.  It doesn’t translate into a ton of money immediately, or even that big starring role in the next Yash Raj epic, but it gives you a little breathing room and some choices, suddenly you are the one picking a script instead of the script picking you.

An update on the Abhishek weirdness that is possibly all in my head!!!!  The first film of the whole batch that he announced after he dropped out of Paltan which is a definite actual film!  Related to that news item above, there is a difference between “the producer has a script/story idea and is considering this actor” and “there is a filming start date and an official announcement”.  This is the first film that is an actual film with a script and a cast and a crew and a filming start date.

And it’s real interesting!  Akshay, supposedly, is the one who insisted on Abhishek joining the cast.  Apparently because he is a good friend of Abhishek and has decided to take on his career and help him gain some direction.  And also, they are both clients of Reshma Shetty, PR lady extraordinaire/woman who came up with the “Being Human” strategy for Salman/Karan Johar’s best friend.

I find Akshay being a friend of Abhishek’s totally believable.  As we were just talking about with Parineeti’s decision to sign on for Housefull 4, the Housefull shoots sound like just the best bonding activities.  You are in a fun foreign location, it’s a lot of improve and goofing around, and not a lot of memorizing scrips and making your characters “real”.  Abhi and Akshay just made Housefull 3 together.  Before that, they were in Heri Pheri 2, and going all the way back to 2002, a forgotten movie Hain Maine Bhi Pyaar Kiya. Plus, of course, Akshay’s wife would have known Abhishek his whole life, that’s a bond that doesn’t go away. 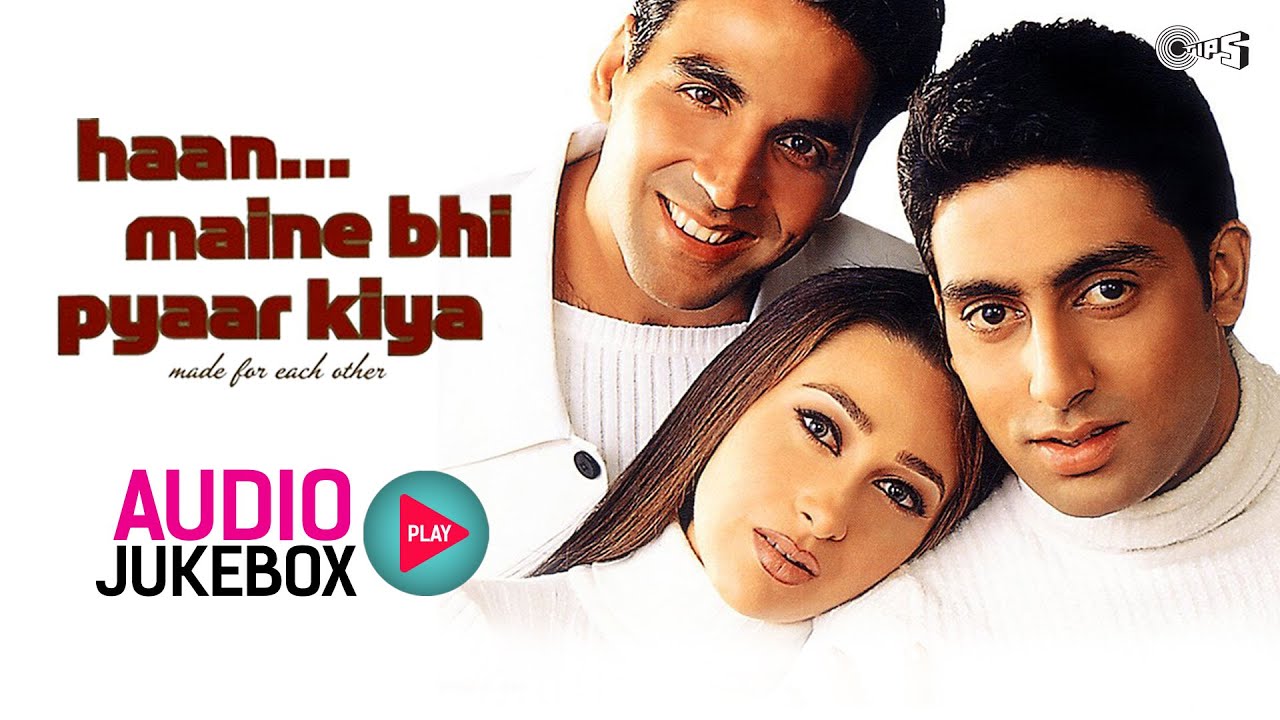 (They all look so young!)

So yes, I generally believe this story.  That Reshma Shetty helped bring them together (because that is what she is good at), but Akshay’s own good nature and generosity, plus his real friendship for Abhishek, took him the rest of the way.  And I also think this is the first actual not-fake good sign for Abhishek’s career.  Akshay personally taking a hand and bringing him in for Housefull 4, which is exactly the kind of role where Abhishek shines and the kind of role he should be doing (guaranteed hit, low pressure shoot) if he is dealing with unknown personal issues.

Aiyaary Delayed Again, Censor’s Continue to Do Their Job

Here’s an interesting censor board update!  I continue to be fascinated by this new censor board which is interested in ACTUALLY DOING ITS JOB.  Aiyaary, which deals with military graft and so on, was submitted to the censor board and the board brought in the Ministry of Defense to view it and give notes.  And now Aiyaary is delayed a week to Feb 16th while those notes are reviewed and the film is updated.

I like this.  In general, censorship isn’t great, it would be nice if the film could be released without fuss.  But in India today, censorship by the mob is almost inevitable.  For the censor board to make a choice to step up and prevent that, do their job as the only legitimate body with a charge to determine if a film should or should or should not be released, is a marvelous defense.  And they are going above and beyond in that regard, they are no longer merely rubber stamping these films, they are carefully finding the appropriate authorities and consulting them, so that there is not an inch of uncertainty left once the film is actually certified.

It does mean that this film is delayed another week. However, the news today is full of films being delayed for much weaker reasons.  Unless it is something like Padmavat, one of those 2-3 times a year movies that everything else is built around, a film being delayed one week is no big deal. And definitely worth it if it can avoid the protests and last minute FIRs and law suits that have become the standard in the past few years any time any film is coming out.

(Also as good an excuse as any to put out this love song I haven’t posted before.

Speaking of delayed, Kangana’s Manikarnika, the Rani of Jhansi movie, is delayed.  Partly because of VFX work, partly because (possibly) Kangana wants it to be a higher standard, or is otherwise making a fuss.

I’m not getting a strong “danger! Disaster!” vibe off of this news story.  Post-Padmavat, it is obvious that the onscreen quality needs to be a higher level for the audience to respond, it sounds like actual filming finished on time, it’s just the post-production work that is running over.  It happens, no biggie.

What I am beginning to realize is that the only reason we are getting these “delayed” news stories is because the release dates are announced so far in advance.  This wouldn’t even have been a news story a few years back, it would just be the film taking the time it takes to make, no big disaster or excitement, just regular decisions involved around post-production.

(Also, hello Sanjay Leela Bhansali!  This is the practical way a woman does her hair for battle!)

This is a very different and exciting kind of story!  Karan Malhotra has just signed a 3 film deal at YRF.  This is an all kinds of new kind of story!

First, the focus on the director rather than the star.  Second, that a studio would make a 3 film commitment instead of project by project.  Third, Karan Malhotra jumping from Dharma (where Karan mentored him and helped him make Agneepath and Brothers) to YRF.  And fourth, that YRF is building this kind of a studio, a studio where multiple directors are working on their own projects long term.

The director versus star part is obvious, a continuing effort on the part of the major studios to undercut the power of the star in order to build a more manageable corporate environment.  If Karan Malhotra can manage to make hits no matter who is starring in them, that is going to be good for YRF (although the first film is rumored to be with Ranbir Kapoor, one of the starriest new names, so we aren’t quite there yet).

The jump from Dharma to YRF isn’t a huge jump.  They have very similar house styles and Karan and Adi, and their two companies, are close enough that there was probably some cross-training going on.  And after Brothers failed-ish, it became clear that Karan Malhotra’s style does not fit with “Dharma”.  Agneepath was brilliant and Karan Johar’s tribute to his father.  But then Brothers had that same dark angry vibe and it just is not something that works with Dharma’s brand identity or promotion strategies or anything.  However, YRF has a much more open brand identity lately, moving past romances to include action, social films, all kinds of things.

The fourth is what I find really interesting!  Adi is working on his management structure, the balance between having a close personal touch on every film and delegating responsibility to trusted secondaries.  We already saw that with Maneesh Sharma, perhaps Karan Malhotra will be another one?  The three film deal looks that way, different from the film-by-film hiring of directors like Ali Abbas Zafar.

20 thoughts on “News Round-Up Part 1: SO MANY Upcoming Movies!!!!! Milan Talkies and Ali Fazel, Housefull 4 and Abhishek Update, Aiyaary and the Censor Board, Manikarnika and Kangana, YRF and Karan Malhotra”