There’ve been a few songs released while I wasn’t looking, none of them super exciting, but I might as well combine them all onto one post.  So we can all talk about how excited, angry, or “meh” they make us feel.

First the First Look.  To which I land somewhere between angry and “meh”.  Angry because it is such a boring manliness and violence and hard bodies kind of image.  And not in a fun way, but in a serious dark angry way.  But “meh” because it is just slightly so far over the top that I can’t take it seriously.  Especially little Tiger’s efforts to look angry and intense instead of like he is doing the Zoolander “Blue Steel” look.

And the poster may have almost nothing to do with the movie anyway, this was the poster for Baaghi 1, which was very intense and dark and sexy and all that, and then the film itself was none of those things. 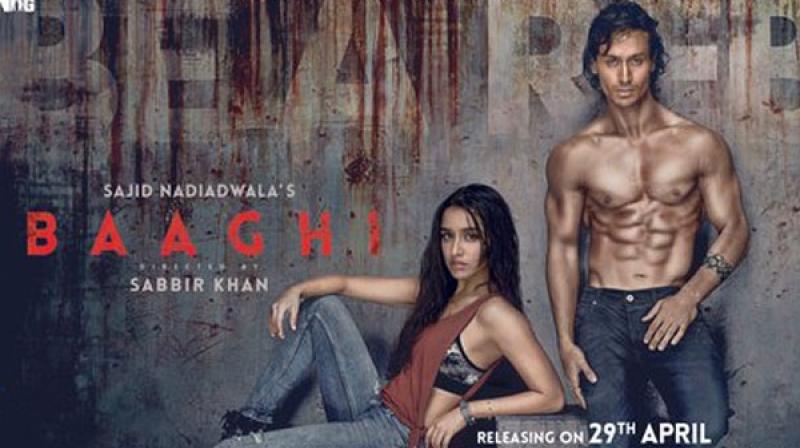 On the “exciting” side of things, Raid songs!!!!!  Everything I see is making me like this movie more.  Ajay does paperwork!  He wears glasses!!!!  His wife gives him his briefcase in the morning and he takes an umbrella in case it rains!  This is the Ajay-hero I want.

And the slightly more romantic song, less paperwork and glasses, and yet I still like it!  They are sweet, they are interacting with each other, there is no creepy striptease moment like in Baadshaho.  It’s a nice slow love story of nice slow people who respect and care for each other.  So nice!

And finally, Hichki!  I strongly suspect this will be either just a promo song, or the only song in the film.  It has that feel, more about showing the themes than being part of the plot.  It’s a nice idea, everyone has a “hichki” they need to accept and move past.  But I feel like it could be expressed slightly better.  Not sure how, but it just felt too obvious and not obvious enough at the same time.

Also, I am kind of getting sick of the YRF promo songs that put the stars front and center and express the theme of the film and rapidly cut through an interesting setting.  Fan, Befikre, Tiger Zinda Hai, and now Hichki.  They need a new formula!  Or maybe it just bothers me because I have to keep watching all of them and other people won’t mind.