Quick one today, nothing super exciting, but some fun stuff to think about and maybe for you all to talk about.

Why Shraddha?  Why always Shraddha?  New theory, she has gotten the Saina Nehwal biopic because she works really hard.  Apparently she is in intensive badminton training now, in between finishing off Batti Gul Meter Chalu, and the Stree promos.  That’s a lot to ask of any actress, and I guess she is up for it. (story here)

Or it could be she is right for the role.  A Saina Nehwal bio can really go anywhere.  She isn’t married so it won’t be romance focused.  Both her parents played badminton, her family is from Haryana, but she grew up in Hyderabad.  And now she wants to open a badminton academy.  All of these things could be turned into a full plot of a biopic.  Or any number of other ideas.  And maybe Shraddha is just perfect for one of them.

I will remain tepidly interested in this film no matter what because Amole Gupte is directing, and he does really interesting things.  Especially with children’s stories, so it is possible he will focus on Saina’s early days when she took up badminton to get past her loneliness after moving to Hyderabad. 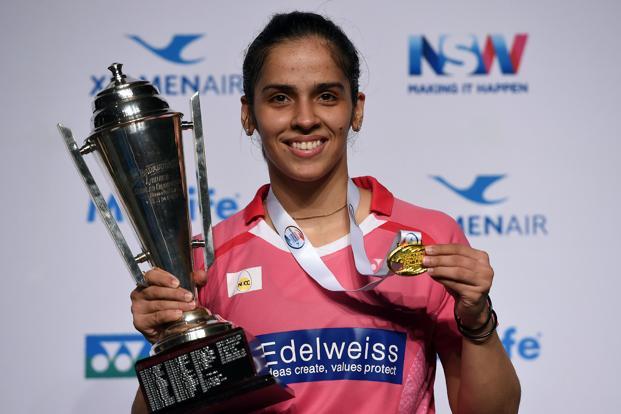 Rakesh Roshan reached out to say that Krrish 4 would be delayed, not the 2020 release they were hoping for.  Which, no duh!!!!  They committed to that date like 3 years in advance.  Stuff comes up!  Life happens! (story here)

Rakesh says Hrithik will finish the Tiger film with Yash Raj, he will finish the Krrish 4 script, and then they will start filming.  It will be another special effects heavy family friendly film, like we have come to expect from the Krrish series.

All fine and well, but the real part of the story is hidden way at the end.  “He’s expected to soon make an announcement about the release plans and other actors in the cast.”

Meaning, everyone is wondering if PC will still be part of the series.  So Rakesh is making the announcement either because now is a good time to capture our attention, or he wants to get it over with and stop getting questions.

Sid and Parineeti Together

Well, I’m not sure how optimistic I am about this film.  Now titled Jabariya Jodi, it is about “forced marriages”.  No, not daughters being emotionally blackmailed into getting married, that’s just a wonderful Indian cultural tradition.  Apparently there is a thing in some rural areas of boys being kidnapped and forced into marriage. (story here)

Parineeti having a romance with the thug hired to kidnap the nice good boy groom sounds like a great set up for a movie though!  Just, not opposite Sid.

Arjun has started filming his police thriller India’s Most Wanted.  And he is hiding his hair from us because it is part of the character reveal.  My first reaction to this is “seriously?  You are building buzz for your movie around your hair???” (story here)

But then I discovered within myself a sudden burning curiosity.  So I guess it is working, I now DESPERATELY want to know what Arjun’s hair looks like and how it is related to his character in the film.

(Anything’s got to be better than this)