First, Saif Ali Khan.  How cute is this?!?!?  Little Sara shaving her father?  Can you believe she is now old enough to be launched? 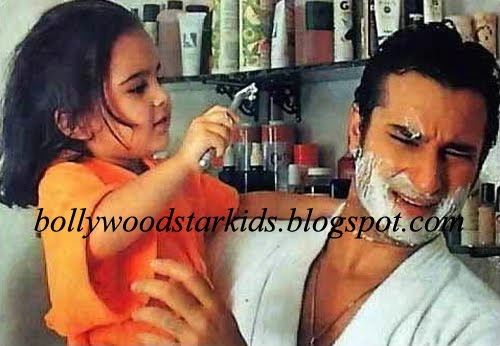 While Saif made his daughter available for a posted photo shoot, other stars are a little more protective.  For instance, Aamir only let his young daughter be photographed in random red carpet appearances.  But doesn’t she look sweet?  And doesn’t he look proud?

He’s been a little more open with his youngest child, look at this cute photo of the glasses family!

Hrithik goes for more of the in-between option, posting his own candid photos on facebook and twitter, but not allowing much media access to the kids.  Very hard to choose, because his candid’s are excellent, and his kids are almost as photogenic as he is.

And another one, with both boys!

Of course, this is Hrithik, so we need at least one shirtless picture.

As I mentioned in my earlier post, my Dad kind of looks like Amitabh, so I’ve got to post at least one Amitabh photo, right?  And how cute is this?!?!  No idea if it is Shweta or Abhishek, but either way, the whole family is certainly having fun!

Now in this one, we can definitely see that the chubby little baby is Abhishek.

Speaking of Abhishek and small children, doesn’t Aaradhya kind of look like her aunt here?  That same serious and a little shy attitude?

And speaking of serious little girls, look how cute Shahrukh is listening to whatever it is Suhana is talking about! And again here!  Nothing sexier than an involved father enjoying his daughter’s confidence!

Right from the beginning!  I especially enjoy Guari in the background reading her magazine while she lets Shahrukh take the parenting lead. 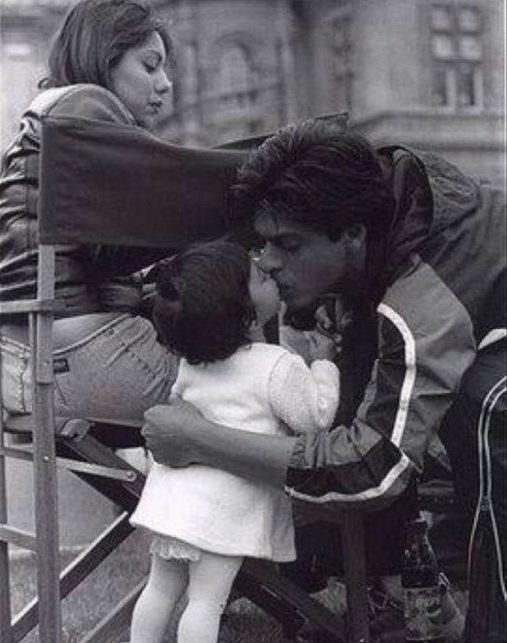 Salman doesn’t have kids, but he is also somehow the most fatherly of all the Khans!  Or at least the one who comes off best with babies (I think).  And he really seems to enjoy hanging out with them.  So first, a photo with that little girl from youtube/Sultan.

And here he is with his little niece Alizeh back when she was a baby and he had hair.

And finally, that video that I may have watched once a day for the past several months.  Guaranteed depression buster!