I saw it!  Not opening night, but soon enough.  Theater was half full, half the audience was talking and the other half was shushing them, very odd dynamic.  I’m used to all talking or no one, not this mix and match.  Which kind of fit the mix and match I saw within the film.

I’m going to start with what surprised me.  This is perhaps Bhansali’s best movie since Devdas.  Maybe even Khamoshi.  For once, it isn’t just about the visuals.  He has a tight script behind it, with parallels and metaphors and even small moments of humor.  He doesn’t drown himself in emotions, he keeps the plot moving along at a good clip.  And he knows what he is doing with his characters.  He isn’t torn between making them “realistic” versus “dramatic”, it is all high drama all the time.

It’s well known that he has been working on this story for at least ten years.  And that he was involved in a restaging of the French opera based on it a few years back.  And it shows, this is a tight tight script. Purely in terms of narrative, decisions such as making Alauddin’s rumored slave lover into his personal attendant and assistant instead of the chief of his army make perfect sense.  Bhansali wanted a character to balance Alauddin, to be his confidant and partner in all things.  So it was easier to make that historical person into a close friend and secret associate, instead of a public general.  Similar obvious narrative reasons explain limiting Alauddin to one wife, even removing the entire plot around the rival Rajput king Devpal. 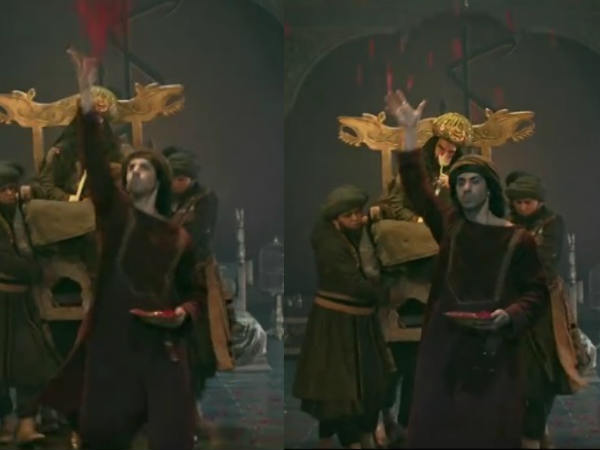 (Needless to say, Jim Sarbh was endlessly entertaining in the role)

Bhansali created a combination of the poem and the opera (also based on the poem), in order to turn it into a story that would work for film.  The opera is partly known for being one of the simplest, shortest, and smallest cast operas.  There is not enough there to create a film.  And the poem, meanwhile, complete with visits to sea kings and so on, is much too lengthy.  So Bhansali took some out and put some in and came up with an excellent excellent story. 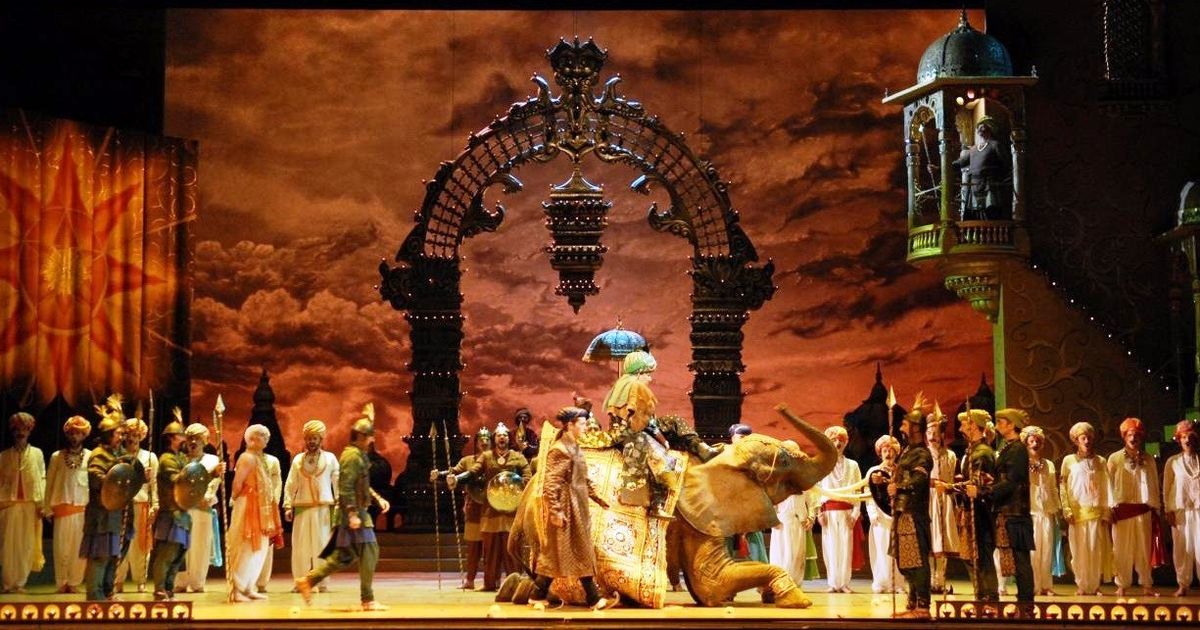 This is not meant to be a “real” story.  The way the characters were designed, it is clearly intended to be more of a fable or a fairy tale.  It reminds me more of the silly stunt films like Aan and Rajkumar than anything else.  The villain is soooooooooooooooooooo villainous, the evil Brahmin might as well be an evil wizard, and our hero and heroine are like the prince and princess in a fairy story, beautiful and wise and brave and all the rest.  And the visuals, mostly, support that concept as well.  Rather than use VFX to show massive battle scenes, Bhansali drew them in broad strokes, like a simple fable, the action obscured by dust.  The romance between Shahid and Deepika takes place in a consciously fake looking Singhal/Sri Lanka, complete with magical deer and glorious waterfalls and everything else.  The ingredients are all there for a glorious throwback sort of fantasy fairy tale film.  The kind we got in Veer, or Prem Ratan Dhan Payo, a story for children and families to watch together.

This is the intent.  It is there to trace in dialogues, characters, images, the majority of the film really.  But the problem is, there are small touches to the film which allow it to be read in a different way.  Some of them not so small.

As in Bajirao, there is an obsession with using modern day flags to represent historical armies, Ranveer/Aluaddin fights under a barely changed green flag of Pakistan, while Shahid/Rajputs fight under the saffron.  Why?

At the end of the film, after a fairly well down sequence showing the purpose and ultimate triumph of Jauhar, there is a voice over emphasizing that this was the ultimate victory and nobility of these women, an inspiration that lives on in India today.  Remove that voice over, and it is a moderately troubling sequence.  With the voice over there, it is explicitly saying that suicide before dishonor is the most noble way for a woman to die.  Why?

Those are the two most blatant moments, but there are other subtle troubling aspects.  The specific ways in which our villain is “evil” tend to line up with the current stereotypes prevalent in South Asia surrounding Muslims, there is a strong emphasis on the Hinduism of the Rajputs, again following certain stereotypes currently present.  And, as almost always in a Bhansali film, there is an assumption that women live only to love, have nothing else in their heads, making the mass suicide at the end almost a “happy ending” since they have no purpose now that their husbands are gone.

And this is where I begin to think of intent versus effect.  Bhansali’s intent, as I trace it through the majority of the narrative, was simply to tell a fairy tale in a fairy tale manner.  And yet the effect could be hugely damaging.  Does his intent even matter?  Is that reason enough to make this film, knowing the controversy that would inevitably ensue, the way it would be twisted?

I don’t know, but since many other reviewers, and myself in an earlier post, have already covered the effect, I thought I should take a moment to step back and look at the intent instead.

30 thoughts on “Padmavat Review (NO SPOILERS): Intent Versus Effect”