It’s Kajol’s birthday!  YAAAAAAAAAAY!!!!  I LOVE her!  Love love love!  So I am going to do a full 44 reasons I love her, one for every year she’s been alive.  Oh boy! (this is an updated and reposted post from last year)

1.1. I love you because you were born into the great-matriarchal family of Indian film, the Samarths, going all the way back to your great-grandmother Rattan Bai, who turned to film singing and writing to support her family after her husband was imprisoned by the British. (full history of your family here)

2. I love you because your mother, your grandmother, and your aunt were all great great actresses.  And yet only you and your aunt Nutan have won a 5 FilmFare Awards for best actress each, tied as the all time winners.

3. I love you because your mother was pretty awesome as well, the only woman that Raj Kapoor looked on as a drinking partner, not a potential conquest.

4. And your little sister is no slouch either!  Never really a success as an actress, but still unmarried at 36 and helping your husband run his production house.

5. And then there’s your daughter Nyssa, doted on by her father, mother, grandmother, and aunt and, at age 15, already being positioned to enter the family business.

6. I love you because already, in your very first movie at age 16 (dropped out of high school to film it), you had an energy that leaped off the screen.

(You can totally tell which of these actors is going to go on to stardom, and which will be completely forgotten in a few years, right?)

7. By your second movie, you were already getting close to top billing.

(They are both so young!)

8. By the time you were 20, you were already nominated for your first FilmFare best actress award, and you were taking an Audrey Hepburn role and making it your own.

(Meanwhile, Saif was no William Holden.  Although Akshay Kumar was totally as good as Humphrey Bogart)

9. Can you believe there was a whole 2 year gap between the first and second SRKajol movie?  What took people so long to catch on to the magic?

(They look like they are having a little more fun with this one.)

10.  And that same year you had your first film with your future husband!

(Can you imagine describing this to someone?  “It’s like Sound of Music, but sexy!  And in Hindi!”)

11. I love you because you aren’t just part of a matriarchy, you are part of a patriarchy as well, the Mukherjee family founded by Sashadhar Mukherjee who married Ashok Kumar’s sister, and had 5 sons with her, and also founded the Filmalaya Studios.  His 4th son, Shomu, married Tanuja of the Samarth family, and had you. (full history of that family here)

12.  I love you because you signed your first film as a lark, planning to do it on vacation and go back to high school, and then never quite got around to going back to school.

13. I love you because your film choices were always delightfully eclectic, ranging from the silly girlfriend role in Karan-Arjun, to the thriller-killer role in Gupt within a few years.

14. I love you because you refused to put your career on hold and get married, remaining engaged (or engaged-to-be-engaged) to Ajay Devgn for years.

15. I love you because you never had training or even seemed to put in much of an effort, and yet you were effortlessly one of the greatest actresses of your generation.

16. I love you because you were in my second favorite reincarnation-revenge-love story, after Om Shanti Om.  No!  3rd favorite!  I finally saw Makhi/Eega, and it is awesome!  But, Hamesha is good too.

(I always think Saif is too young for her, but he’s actually a few years older.  He just feels young.)

17. The same year as Hamesha, you got to dance with Prabhudeva!  To Rahman music!  In a really great role!  With one of my favorite songs.

18. Okay, the film is so good, I have to put in another song from it.  Especially because this one is clearly inspired from the “Our Love is Here to Stay” number from An American in Paris, which is my third favorite Gene Kelly movie (After Singin’ in the Rain and Summer Stock). (full history of how film songs grew between India and America and interacted here)

19. And the same year as Minsara Kanavu, an actual high quality movie in every way, you also made Ishq, a terrible terrible movie in every way that for some reason I like even more.  It’s like a big dumb golden retriever that you can’t help but love, even though it drools on your foot.

20. And then you started the next year with Pyaar Kiya To Darna Kya, which isn’t quite stupid, and yet isn’t quite smart either.

22. I love you because, even after marriage, you kept working, just chose your roles a little more carefully.  Not that it could prevent the occasional flop, like Raju Chacha, your husband produced film.

23. Of course, we all know that what really slows down an actress is a child.  Which is why I am so glad you waited until K3G came out, so you could go out on a high note before planning your family!

24. And then all our hearts broke when you had a ectopic pregnancy and were not able to carry to term.  Thank goodness, two years later Nyssa came along and we all felt better.

25. Better yet, once Nyssa turned 2, you were ready to return to work and co-star with Aamir Khan for only the second time, first as a romantic couple!

26. I love you because you were better than Lindsay Lohan in your own Parent Trap remake.

27. I love you because, even while pregnant, you were still willing to do a cameo in your childhood friend Karan’s film.

28. I love you because you almost sold me on the idea of a blind star dance troupe performer.

29. I love you because you still showed up for another cameo, even in the middle of your comeback.

31. I love you because, even in the middle of your second pregnancy at age 36, you still buckled down and finished your commitment to your film.

32. I love you because you took another 4 years off to focus on your child, but then were back with a vengeance in Dilwale.

33. I love you because you have focused on charity works in recent years, from the Shiksha NGO focused on children’s education, the Loomba Trust to support widows and their children, to Pratham, a charity organization for children.

34. I love you because you never comment on the affair rumors revolving around your husband, which is both classy and wise.

35. I love you because you are always there to support your mother and sister in all their endeavors, just as much as you are there for your husband.

36. I love you because you did this song while pregnant (and in a not very good movie) and made it fun!

37. I love you because you made My Name is Khan, even knowing how controversial it might turn out to be.

38. I love you because you are the only actress, and part of the only jodi, worthy to be compared to Raj-Nargis.

40. And while we’re talking about Dilwale, I love you because you saved Shahrukh’s life when he almost fell backward in that behind the waterfall scene.

41.  I love you because you did another cameo I didn’t even know about!  In a film your husband produced that I’ve barely even heard of.  But the cameo is cute!

42. I love you because you took on a new challenge at age 43, your first villian role in a southern movie.

43.  I love you because you are taking on another interesting role, overly protective mother to a grown son. 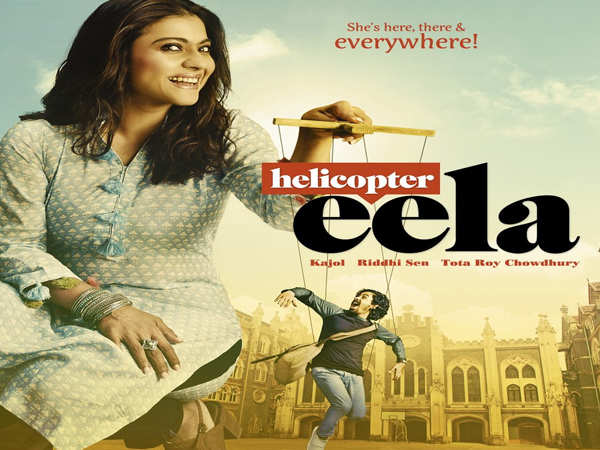 44. And finally, I love you because you were in my all time favorite movie of all time I have already written over 20 posts about, and probably will do another 20 in future (full index here).