I’m still trying to get back in the swing of “normal” posting after the whole Jab Harry Met Sejal massive month long series.  Technically I don’t “owe” another review right now, I’ve done my Malayalam and Tamil/Telugu for the week, my DDLJ (yes, I am finally back to DDLJ) will be going up sometime tomorrow, Hindi Film 101 is happening like usual on Thursday, but it just doesn’t feel like enough!  So, here, have a bonus tiny review of a silly silly loveable movie.

I was trying to think of a silly happy movie I could rewatch quickly and review, and then I saw Bang Bang on my bookshelf and thought “perfect!  I don’t even have to rewatch it!”  Not because it is so shallow and below my notice that it isn’t worth a re-watch, but because I am so shallow that it is my favorite movie of 2014 and I watched it 4 times in theaters and innumerable times since then on DVD until I have the whole thing memorized.  It’s just the happiest stupidest friendliest funnest film!  The golden retriever puppy of films.  And, just like puppies, you will find some people who are all “ooo, they are so stupid and messy and pointless and bad acting!”  But most people will say “Puppies!  They just make me smile!

There is so much to love in this film!  Let me quickly count down my top 5:

5. The random Pizza Hut product placement in the middle of an action scene, which also means a random Pizza Hut restaurant on a deserted mountain.  Oh, and of course the Pizza Hut pizza as a vital part of our first hero-villain interaction!

4. The History of the Kohinoor cartoon at the beginning of the film.

3. The Parade of Cardigans in the middle of Katrina’s fantasy love song.

(Who doesn’t dream of a man in a cardigan?)

2a. The under/over water chase scene complete with magical flying water jet shoes in the middle.

2b. Tied with the ridiculous water chase scene in which Hrithik water skies behind a hydroplane at the end. 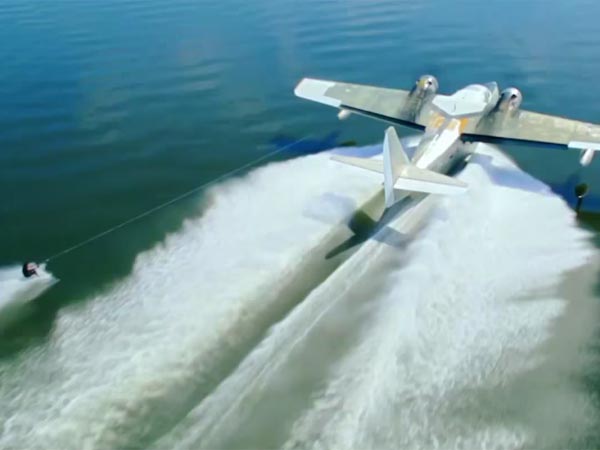 You don’t have to agree with me, I am sure all of the many many many many many many many other Bang Bang lovers in this blog community will have their own special reasons for loving this wonderful movie.  But I think we can all agree that Katrina Kaif is not going to make the top 5 list for anyone.

She doesn’t give a BAD performance, exactly.  But I also wouldn’t say it’s a good performance.  Or, necessarily use the word “performance”.  She’s there, breathing, talking, occasionally moving.  But I never quite get the sense that she is bringing anything to the role that could not have been provided by a Katrina Kaif shaped cut out and a computer reading the script aloud.  Luckily, that is all that is required of her!  To be a Katrina shaped cut out onscreen.  Pretty, occasionally moving her facial muscles, and modeling a variety of revealing outfits of varying degrees of impracticality for the weather (tiny shorts for walking through a jungle?  Tiny dress for walking through snow?).  Provides a fixed point around which Hrithik can dance. 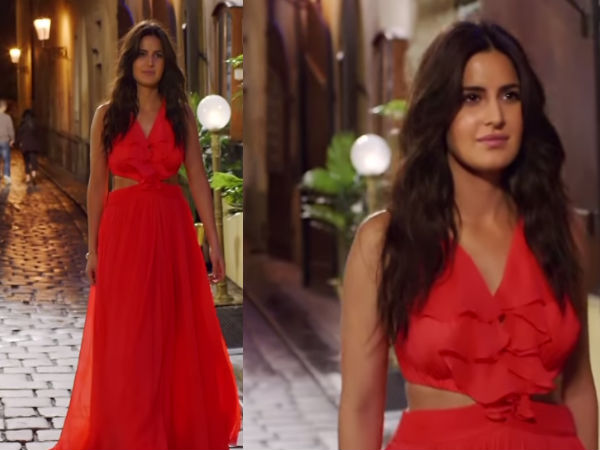 (This is the worst dress, I think.  Either she couldn’t wear a bra with it and should have.  Or there was a built in bra that really really didn’t fit her.  Or maybe she just doesn’t know how to stand up straight?)

Now Hrithik, he PERFORMS!  I won’t say “acts”, but is acting everything really?  Isn’t entertainment more important than that?  And BOY is he entertaining!!!!!  He dances, he makes faces, he leaps tall buildings!  Literally leaps tall buildings, that’s his intro, a massive chase scene that ends with him jumping off a building, falling through a roof of a shed, and then casually walking away.  Well, his 3rd intro.  This is the kind of film that has 3 separate intro sequences for the hero, one cool, one funny, and one action.  And one intro sequence for the heroine, naked in a shower.

And even the people in this film who CAN act, don’t bother.  Because it’s not that kind of movie.  Danny Denzongpa lets his pastel ascots do most of the work for him, Jaaved Jaffrey relies heavily on velvet jackets and a sneer.  Jimmy Shergill even gets into the rhythm of it and lets his sweater vest do the work.  Truly, costumes and acting school are essentially interchangeable components of an actor’s tool kit. 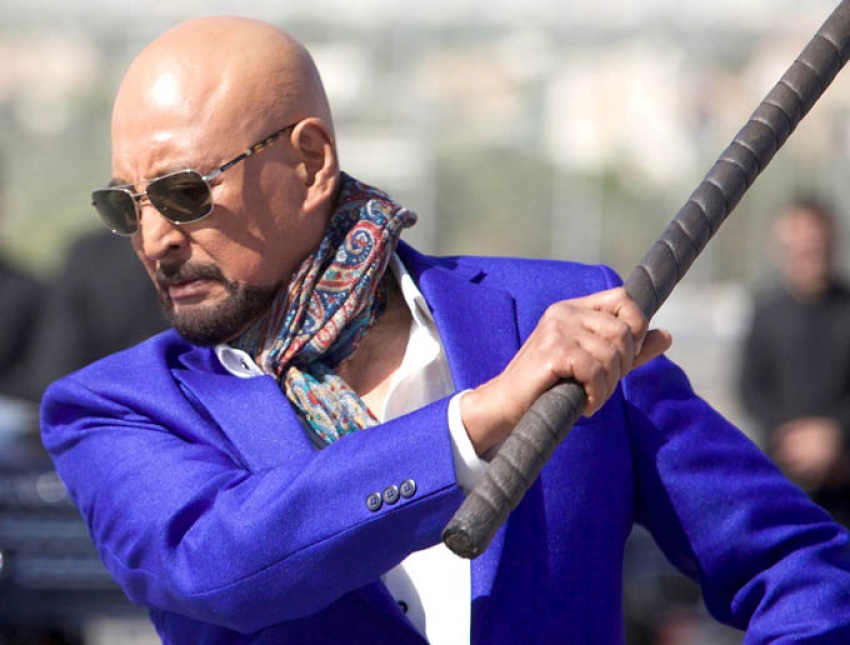 (Oh Danny!  Why can’t you be the villain in all movies?  Or at least wear these outfits all the time)

And all of those things, which could sound like criticisms, just make me love this movie more!  It’s just such a MOVIE movie, you know?  Not a “film”.  Doesn’t want to be a film, has no interest in films, is happy to be exactly what it is.  Wants the bright costumes and silly action scenes and big songs that make no sense, just wants to dance and play in front of us and make us smile.

Speaking of, did you notice that Hrithik wasn’t one of my 5 reasons to love the film?  That’s because he gets his very own 5 reasons that I love him in this particular film!

5. The back-up dancers in “Tu Hai Meri” who are dressed with costumes from Luck By Chance and “Senorita” in a little wink to his past.

4. The way he constantly kicks up his long legs for those people who love long legs on men, in both dance and fight scenes.

3. The moment when he uses his bare chest as a secret weapon to distract both Kat (from him drugging her) and the audience (from the fact that he is taking his shirt off and putting it back on again for no reason)

Huh, most of my reasons seem “Tu Hai Meri” related!  Oh well, not gonna apologize for that, let’s just watch it one more time!

*I can’t do it, I feel like there should be SOME actual content.  This movie is one of the first legit remakes with purchased rights, a remake of Knight & Day.  Which is not a great movie and was not a big hit in the US, but is perfect for an Indian remake, much better in fact in an Indian version.  If I were in charge of the world, that’s the kind of film I would remake, something that wasn’t a huge hit or very good in the Hollywood version but could really shine in Hindi.

Also, there is an interesting cameo at the end, Deepti Naval as Hrithik’s mother who brings an instant depth to her scenes just with her presence.  Speaking of small family roles, I like that Katrina’s cute little grandmother is the one who encourages her to rebellion instead of trying to stop it.  Oh, and I really like the meta-commentary at the beginning about how Hrithik’s theft of the Kohinoor is like Dev Anand.  This may be a Hollywood remake, but in spirit it is connected to a whole history of happy silly Hindi heist films.